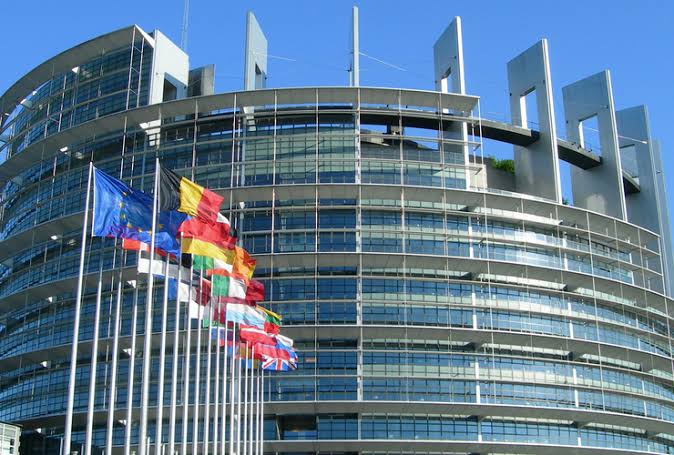 ISLAMABAD : Sixteen members of the European Parliament on Friday expressing concerns over the alarming human rights situation in the Indian Illegally Occupied Jammu and Kashmir (IIOK) urged the European Union to raise its voice against the unchecked abuse.

“As a champion of universal human rights, fundamental freedoms and the rule-based international order, the EU must raise its voice against the violations of human rights affecting the people of Jammu and Kashmir,” they said in a letter sent to Ms. Ursula Von Der Leyen, President of the European Commission and Josep Borrell, Vice President of the European Commission/High Representative.

The miseries of the people of Jammu and Kashmir have been amply documented in the International Human Rights Watch World Report 2021 as well as the reports of the Office of the UN High Commissioner for Human Rights in 2018 and 2019, they pointed out.

The members of the European Parliament also mentioned: “a debilitating lockdown” suffered by IIOJK since the revocation of its special status in 2019, and the restraints on the rights to movement, access to information, health care, education as well as free speech, intensified by the Covid 19 pandemic.

“Journalists and human rights defenders have been increasingly targeted for raising their voice in support of the Kashmiri people and denounce their situation. Arbitrary detentions continue, public assembly is still prohibited under Section 144 of the Code of Criminal Procedure 1973 (CrPC) and hundreds, including minors and several elected legislators of Jammu and Kashmir, remain under preventive detention,” they pointed out.

The members of the European Parliament further stated that a number of legislations introduced by the Indian governments over the years including the Special Powers Act (SPA), the Armed Forces Special Protection Act (AFSPA)} and the Unlawful Activities Prevention Act (UAPA), have been often misused against the Kashmiri population.

“In addition to being a humanitarian crisis, the long-standing dispute over Jammu and Kashmir in South Asia, also poses a major threat to peace, stability, and security in the region, being a flashpoint between two nuclear-armed countries and we are worried that any miscalculation can lead to unwarranted consequences,” they stressed.

The members of the European Parliament further said that the delicate security situation had further deteriorated as the local population was continuously protesting the revocation of the special status of Jammu and Kashmir, and the controvert Indian Citizenship Amendment Act, causing unrest and strife within the valley adding to the volatility and tensions between the militaries of India and Pakistan.

They said that the EU should use all its leverage and tools to get honoured the pledge made to the Kashmiris by the international community and create an environment conducive to the implementation of the United Nations resolutions.

“It is extremely important that the voices of Kashmiri people are heard, their aspirations are responded to and they are granted the opportunity to decide their own future,” they added.

The members of the European Parliament called the European Commission President and Vice President/High Representative, to convey their grave concerns at the violations of human rights and fundamental freedoms in IIOJK to the Indian Government and to take urgent action to address the alarming human rights situation in the region.

UAE lifts ban on transit flights including from India and Pakistan