Anatomy of a conspiracy: With COVID, China took leading role 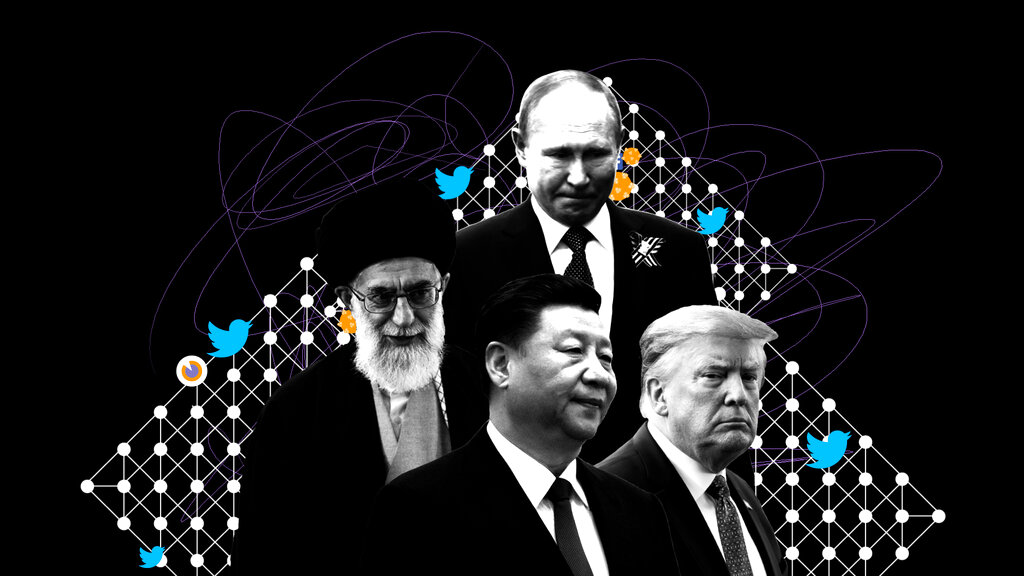 BRUSSELS — The rumors began almost as soon as the disease itself. Claims that a foreign adversary had unleashed a bioweapon emerged at the fringes of Chinese social media the same day China first reported the outbreak of a mysterious virus.

“Watch out for Americans!” a Weibo user wrote on Dec. 31, 2019. Today, a year after the World Health Organization warned of an epidemic of COVID-19 misinformation, that conspiracy theory lives on, pushed by Chinese officials eager to cast doubt on the origins of a pandemic that has claimed more than 2 million lives globally.

From Beijing and Washington to Moscow and Tehran, political leaders and allied media effectively functioned as superspreaders, using their stature to amplify politically expedient conspiracies already in circulation. But it was China — not Russia – that took the lead in spreading foreign disinformation about COVID-19’s origins, as it came under attack for its early handling of the outbreak.

A nine-month Associated Press investigation of state-sponsored disinformation conducted in collaboration with the Atlantic Council’s Digital Forensic Research Lab, shows how a rumor that the U.S. created the virus that causes COVID-19 was weaponized by the Chinese government, spreading from the dark corners of the Internet to millions across the globe. The analysis was based on a review of millions of social media postings and articles on Twitter, Facebook, VK, Weibo, WeChat, YouTube, Telegram and other platforms.

Chinese officials were reacting to a powerful narrative, nursed by QAnon groups, Fox News, former President Donald Trump and leading Republicans, that the virus was instead manufactured by China.

China’s Ministry of Foreign Affairs says Beijing has used its expanding megaphone on Western social media to promote friendship and serve facts, while defending itself against hostile forces that seek to politicize the pandemic.

“All parties should firmly say ‘no’ to the dissemination of disinformation,” the ministry said in a statement to AP, but added, “In the face of trumped-up charges, it is justified and proper to bust lies and clarify rumors by setting out the facts.”

The battle to control the narrative about where the virus came from has had global consequences in the fight against COVID-19.

By March, just three months after COVID-19 appeared in central China, belief that the virus had been created in a lab and possibly weaponized was widespread, multiple surveys showed. The Pew Research Center found, for example, that one in three Americans believed the new coronavirus had been created in a lab; one in four thought it had been engineered intentionally. In Iran, top leaders cited the bioweapon conspiracy to justify their refusal of foreign medical aid. Anti-lockdown and anti-mask groups around the world called COVID-19 a hoax and a weapon, complicating public health efforts to slow the spread.

“This is like a virus, like COVID, a media pathogen,” said Kang Liu, a professor at Duke University who studies cultural politics and media in China, comparing the spread of disinformation about the virus to the spread of the virus itself. “We have a double pandemic — the real pathological virus and the pandemic of fear. The fear is what is really at stake.”

On Jan. 26, a man from Inner Mongolia posted a video claiming that the new virus ravaging central China was a biological weapon engineered by the U.S. It was viewed 14,000 times on the Chinese app Kuaishou before being taken down. The man was arrested, detained for 10 days and fined for spreading rumors.

People’s Daily, the Chinese Communist Party’s mouthpiece, broadcast news of his detention in early February, showing the man, face pixelated, wrists shackled, and legs caged in a chair. It was a stern reminder to the citizens of China that fake news can lead to arrest and part of a broader effort by Chinese state media to debunk COVID-19 conspiracies.

But just six weeks later the same conspiracy would be broadcast by China’s foreign ministry, picked up by at least 30 Chinese diplomats and missions and amplified through China’s vast, global network of state media outlets. 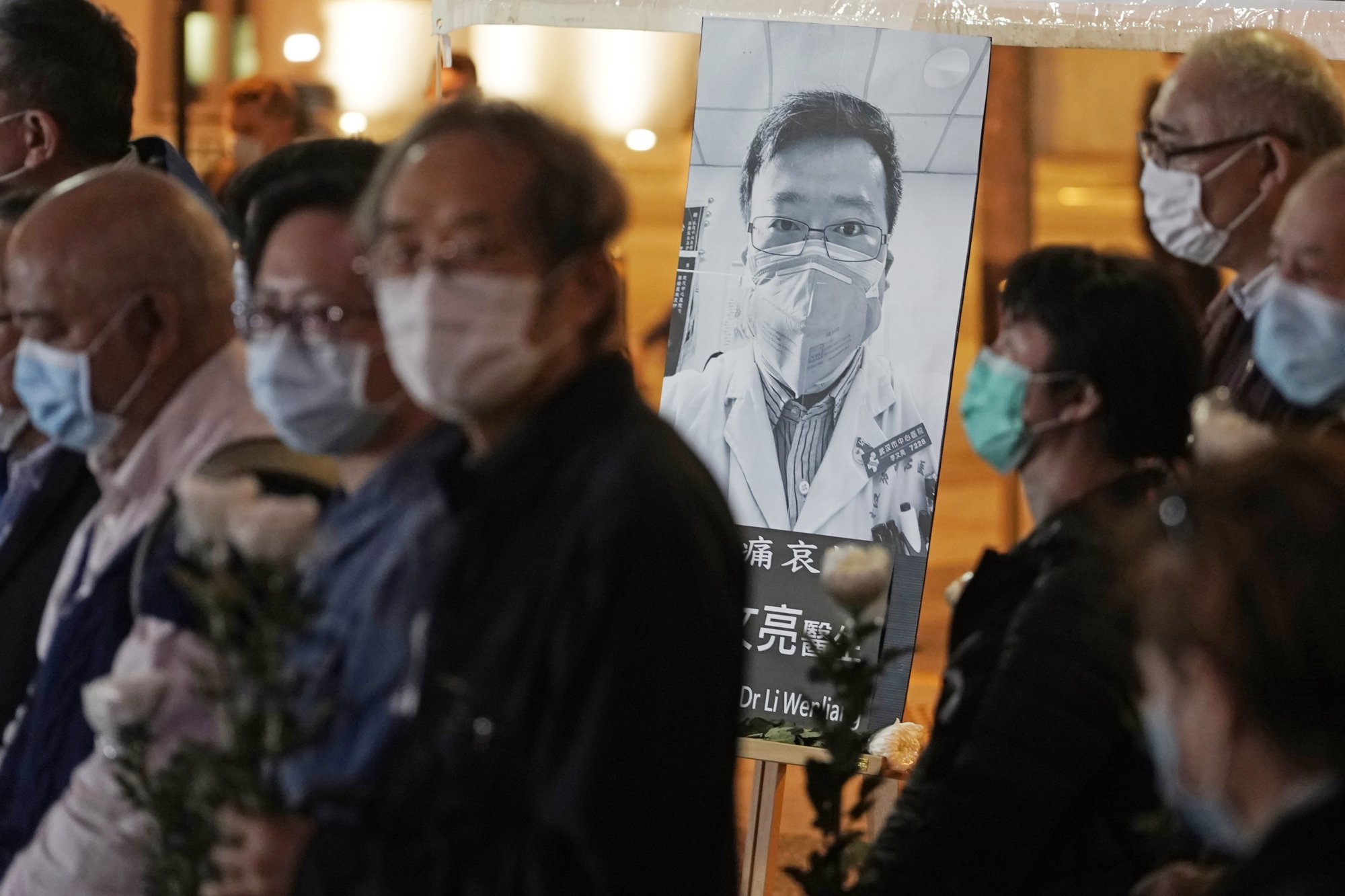 During those six weeks, China’s leadership came under intense internal criticism. On Feb. 7, Li Wenliang, a Chinese doctor punished for circulating an early warning about the outbreak, died of COVID-19. The outpouring of grief and rage sparked by Li’s death was an unusual – and for the ruling Communist Party, unsettling — display in China’s tightly monitored civic space.

Meanwhile, powerful voices in the U.S. — from former President Trump to congressional Republicans — were working to rebrand COVID-19 as “the China virus,” amplifying fringe theories that it had been engineered by Chinese scientists.

Social media accounts that appeared to be pro-Trump or QAnon followers pushed the disinformation, repeatedly retweeting identical content that claimed China created the virus as a bioweapon, researchers at the Australia Institute’s Centre for Responsible Technology found.

As U.S. rhetoric intensified, China went on the offensive. On Feb. 22, People’s Daily ran a report highlighting speculation that the U.S. military brought the virus to China, pushing the story globally through inserts in newspapers such as the Helsinki Times in Finland and the New Zealand Herald.

The New Zealand Herald said it has an “ad hoc commercial relationship with People’s Daily,” labels their content as sponsored and reviews it before publication. “Upon further review of the story that you have referred to, we have removed this particular item from our website,” a spokesman said in an email.

The Helsinki Times said it has a “barter-exchange” content agreement with People’s Daily, whose content it labels but does not vet. “We believe that the western media coverage is at times extremely one-sided and biased,” said Alexis Kouros, the editor of the Helsinki Times. “Even though People’s Daily is state-owned, like the BBC, we believe it is beneficial for the global audience to have both sides of stories.”

As China embraced overt disinformation, it leaned on Russian disinformation strategy and infrastructure, turning to a long-established network of Kremlin proxies in the West to seed and spread messaging.

“One was amplifying the other…How much it was command controlled, how much it was opportunistic, it was hard to tell,” said Janis Sarts, director of the NATO Strategic Communications Centre of Excellence, based in Riga, Latvia. Long-term, he added, China is “the more formidable competitor and adversary because of the technological capabilities they bring to the table.”