China says virus spreading between humans as WHO set to meet

BEIJING: China has confirmed human-to-human transmission in the outbreak of a new SARS-like virus as the number of cases soared and authorities Tuesday said a fourth person had died.

The news came as the World Health Organization said it would consider declaring an international public health emergency over the outbreak.

The coronavirus, which has spread to three other Asian countries and infected more than 200 people in China, has caused alarm because of its genetic similarities to Severe Acute Respiratory Syndrome (SARS), which killed nearly 650 people across mainland China and Hong Kong in 2002-2003. 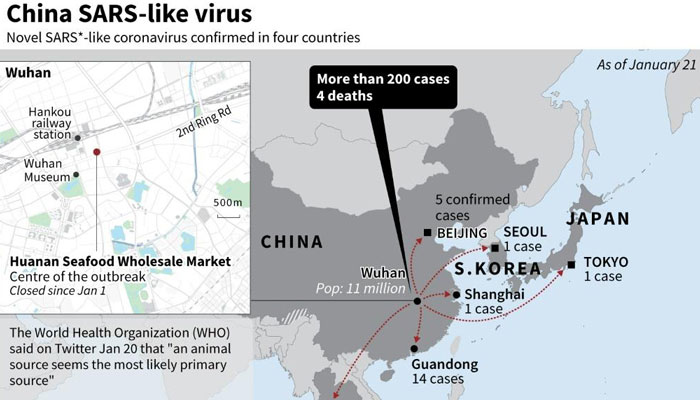 The discovery of human-to-human transmission comes as hundreds of millions of people are criss-crossing the country in packed trains, buses and planes this week to celebrate the Lunar New Year with relatives.

Health authorities in the central city of Wuhan, where a seafood market has been identified as the centre of the outbreak, said Tuesday that an 89-year-old man became the fourth person to die from the virus and that 15 medical staff had been infected.

A second case was also confirmed in Shanghai on Tuesday while five people have been diagnosed with the illness in Beijing. The virus has also reached Japan, Thailand and South Korea, with a total of four people having been hospitalised after visiting Wuhan.

A man showing symptoms of the new disease who travelled to the Chinese city has been put in isolation in Australia as health officials await test results, public broadcaster ABC reported Tuesday.

The WHO had previously identified animals as the likely primary source, but had warned of “some limited human-to-human transmission”.

Zhong told CCTV that patients can contract the virus without having visited Wuhan.

He also said 14 medical staff had been infected but it was not clear if he was referring to the Wuhan cases.

The WHO said a key emergency committee would meet Wednesday to determine whether to declare an international public health emergency. 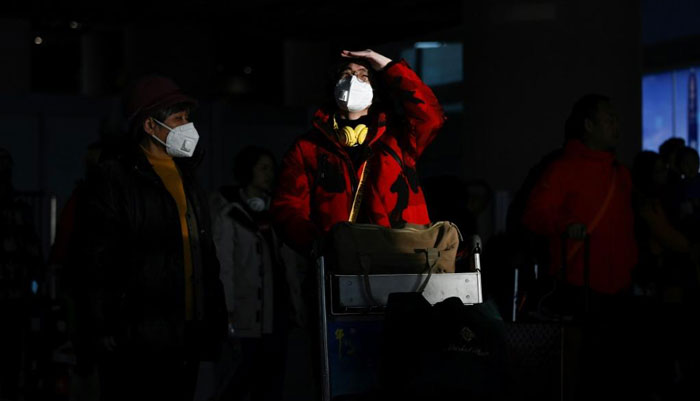 The agency has only used the rare label a handful of times, including during the H1N1 – or swine flu – pandemic of 2009 and the Ebola epidemic that devastated parts of West Africa from 2014 to 2016.

The Chinese government announced Tuesday it was classifying the outbreak in the same category as the SARS outbreak, meaning compulsory isolation for those diagnosed with the disease and the potential to implement quarantine measures on travel.

China´s President Xi Jinping said that the virus must be “resolutely contained” and stressed that information must be released “in a timely manner”, in his first public comments on the outbreak on Monday.

The Communist government was accused of covering up the SARS outbreak in 2003 but some foreign experts have praised the swift release of information on the new virus.

“But we must not be complacent, there is still much to be done to ensure countries across the world are protecting people from epidemic threats of diseases known and unknown,” he said. 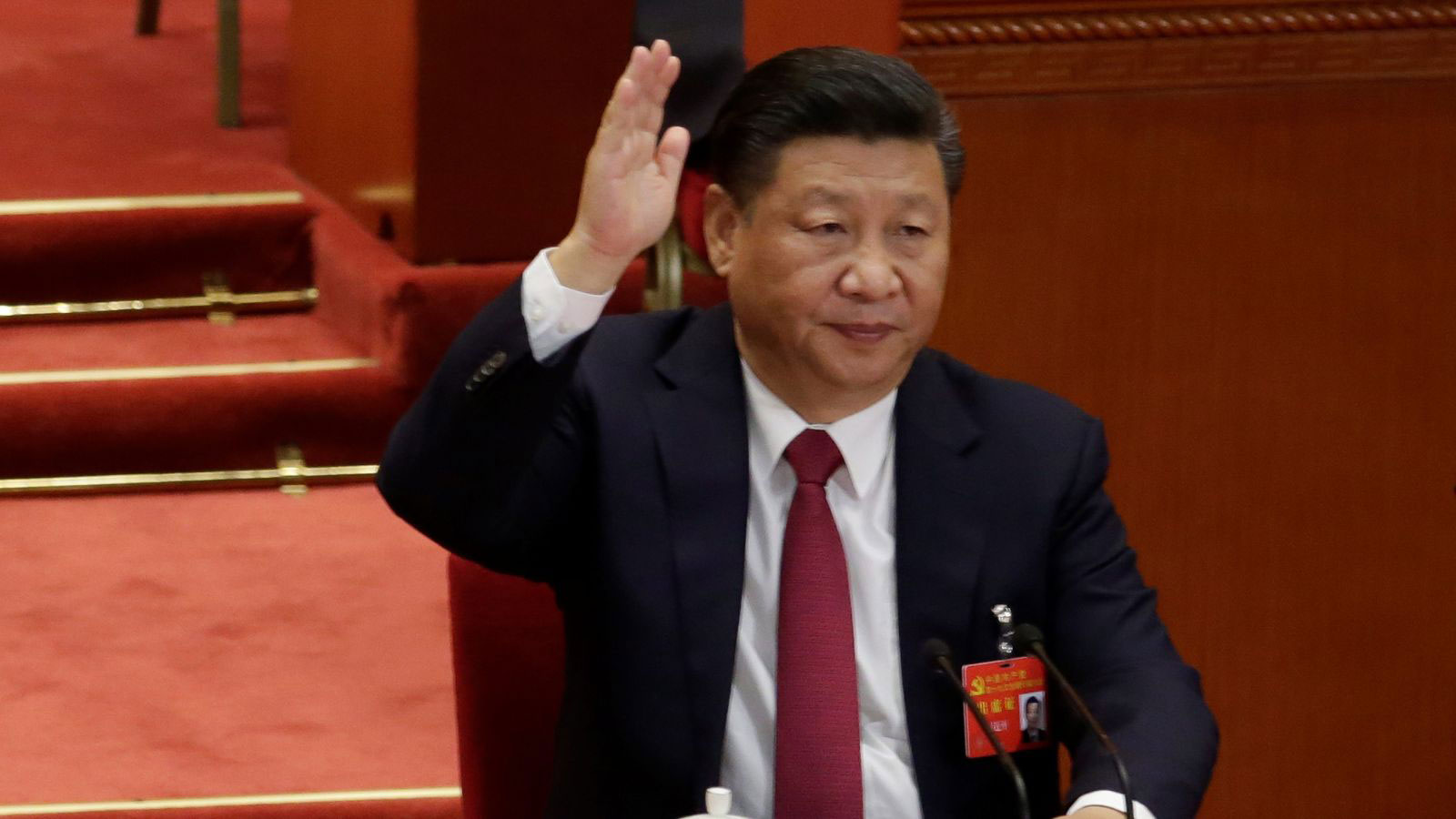 Nearly 200 confirmed cases are in Wuhan, where the city announced it was enforcing stronger supervision of markets and public transportation hubs, and “encouraged the cancellation” of unnecessary public gatherings.

The city has set up an epidemic prevention and control headquarters. Special screening measures have been set up at airports in Australia, Singapore, the United States, and Thailand.

In Hong Kong, health officials said they were expanding enhanced checks on arrivals to include anyone coming in from Hubei province, not just its capital Wuhan.

Scientists with the MRC Centre for Global Infectious Disease Analysis at Imperial College in London warned in a paper published Friday that the number of cases in Wuhan was likely to be closer to 1,700, much higher than the official figure.

Coronavirus outbreak: All the latest updates

World stocks set for worst weekly slump since 2008 as…

Erdogan to meet leaders of Russia, France and Germany over Idlib

Coronavirus outbreak: All the latest updates

Feb 28, 2020 4,149
Subscribe to our newsletter
Sign up here to get the latest news, updates and special offers delivered directly to your inbox.
You can unsubscribe at any time