Duke and Duchess of Cambridge Prince William and Kate Middleton arrived in Chitral on early Wednesday morning where they were presented with souvenirs.

On their arrival to the northern region, the royal couple were welcomed by local elders and administration. They were presented with traditional Chitrali outfits and a book commemorating Princess Diana’s 1991 visit to the region. 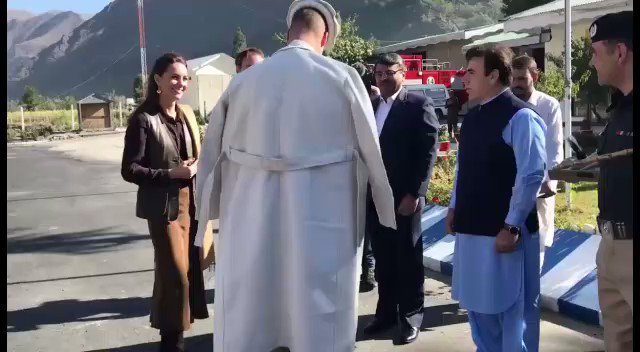 99 people are talking about this The Duchess’ pictures sporting the Chitrali headgear reminds us of the Princess of Wales. The Cambridges have flown north to see for themselves some of the beauty of the country but also the effects of climate change on glacial regions.

Royal engagements on day three of the five-day visit also include visiting villages in Chitral damaged by 2015 flash floods, watching search and rescue teams and meeting people of Kalash.