Iraqi police and medical sources say at least four people killed and 17 others wounded in the blast in the mainly Shia neighbourhood of Baghdad. At least four people have been killed and 17 others wounded in a car bomb attack in the Sadr City neighbourhood of the Iraqi capital Baghdad, police and medical sources said on Thursday.

The car was parked at a busy second-hand equipment market in the mainly Shia district, police said.

An Iraqi military statement said the blast killed one civilian, wounded 12 others and set several vehicles on fire. Medics in Sadr City put the death toll at four.

The explosion was caused by an explosive device attached to a parked car at the market, Baghdad police said without providing further details.

Black smoke was rising from the market place and ambulances rushed to save the wounded, Reuters news agency reported, citing witnesses. Police cordoned off the site of the blast shortly afterwards. 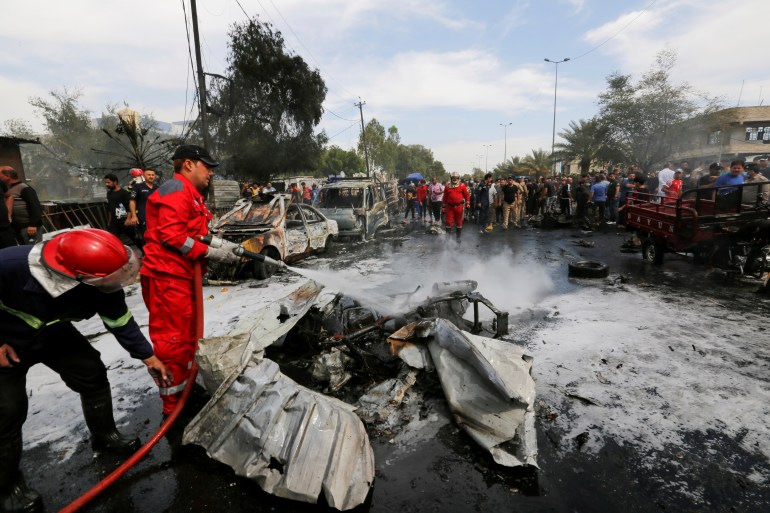 There was no immediate claim of responsibility for the attack. It was the second major deadly bombing to hit Baghdad this year after twin suicide attacks claimed by Islamic State of Iraq and the Levant (ISIL, or ISIS) fighters killed at least 32 people in a crowded market in January.

Large bomb attacks, once an almost daily occurrence in the Iraqi capital, have halted in recent years since ISIL was defeated in 2017, part of an overall improvement in security that has brought normal life back to Baghdad.

The January blast was the most deadly in three years.

Thursday’s attack comes during an election year, a time when tension between rival Iraqi political groups has often caused violence in the past.

The populist cleric Moqtada al-Sadr, after whom Sadr city is named and who commands a following of millions of Iraqis, counts among his enemies both ISIL and rival Shia parties with militias backed by Iran.

On Wednesday, separate violence linked to regional rivalries saw an explosives-laden drone target US forces at Iraq’s Erbil airport in northern Iraq and a separate rocket attack kill a Turkish soldier at a military base nearby. 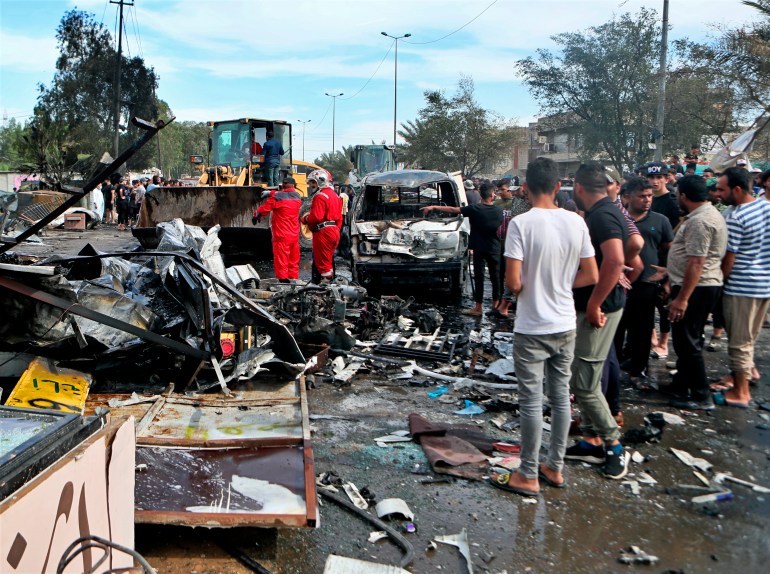