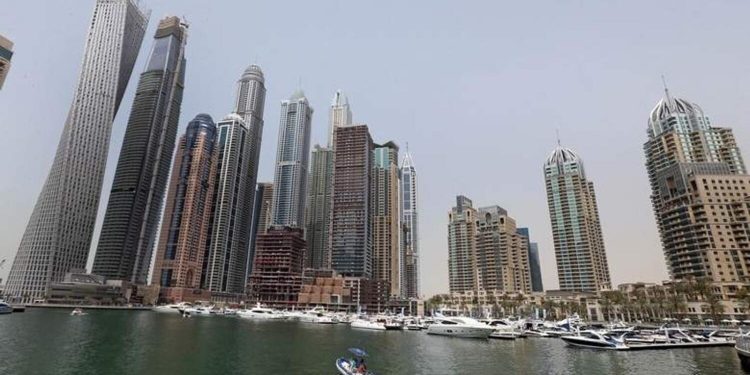 Real estate posts best April in 13 years, prices will continue to rise this year but at a slower pace

Dubai’s real estate continued to attract investors and end-users as home sales surged on rising demand in April despite a steady rise in prices, the latest data shows.

Home sales recorded year-on-year growth of 55.9 per cent last month as the demand for villas and apartments remained intact. However, home sales transactions registered a 17.4 per cent decline month-on-month basis.

“The month-on-month performance saw cash and mortgage sales of ready properties decline 13 per cent and off-plan Oqood (contract) registrations down 23.3 per cent,” according to the ValuStrat Price Index (VPI).

In another development, Property Finder’s proprietary demand data showed that the emirate recorded 6,983 real estate sales transactions worth Dh18.2 billion in April, the highest ever for the month since 2009.

“All eyes were on the real estate performance post Expo 2020, and with April 2022 performing the highest since 2009, the data is a strong testament to the growing appeal for the Dubai Real Estate Market. We also see a positive sentiment for investment opportunities following various governmental initiatives, including the recent new categories added to the golden visa rules, making Dubai’s properties one of the most preferred investment assets for the long term,” said Scott Bond, UAE country manager at Property Finder.

Haider Tuaima, director and head of real estate research at ValuStrat, said Dubai real estate prices would continue to rise this year but at a slower pace.

“So far, transaction volumes have exceeded forecasts; however, as prices increase to potentially unaffordable levels, together with rising interest rates, we don’t expect this trend will continue at the same pace seen in 2020 and 2021. Residential transactions in April declined 17.4 per cent compared to March,” Tuaima told Khaleej Times on Monday.

Ata Shobeiry, chief executive of Zoom Property, said 2022 looks promising for the Dubai property market and it is expected to pack in a solid number in terms of sales transactions and figures.

“The recently reformed visa policies, launch of new developments, and a strong recovery will keep attracting overseas investors. The number may not be as high as the 2014 peak, but the growth will certainly be substantial,” Shobeiry told Khaleej Times on Monday.

The residential price index, which posted a one per cent increase in capital values to 79.8 points in April compared to a base period of January 2014, noticed a high demand for luxury properties. The index, which recorded 19 transactions valued at over Dh30 million last month, highlighted a sale of a six-bedroom villa located in Dubai Hills for Dh96 million.

“Capital value growth slows to a sustainable monthly pace for villas, whilst apartments see no significant change. Dubai’s typical villa VPI reached 95.7 points; however, most typical apartments saw little or no monthly difference in price, now at 69.7 points,” according to the report.

“We expect villas in Dubai to continue to witness high growth, particularly in areas with little or no pending new supply. Some areas will witness the price growth rate decelerate or stabilise,” Tuaima said.

Some areas recorded a nominal increase in villa prices, as noticed in case of Mudon (up 0.9 per cent) and Green Community West (0.8 per cent).

Shobeiry said the villa sector would continue its glorious run during the rest of 2022.

“Both the prices and demand will rise, making them beneficial to more investors and sellers. In particular, top villa communities will continue producing strong figures for the Dubai property market,” he said.

Apartments in Jumeirah Village broke their records with the most significant number of homes sold in one month since 2010.

Palm Jumeirah (20.8 per cent), the Burj Khalifa tower (16.4 per cent), Jumeirah Beach Residence (15.6 per cent), and The Views (10.3 per cent) remained the most popular areas for apartments in April. However, Jumeirah Village and Dubai Sports City both recorded one per cent growth, and Dubai Production City (0.5 per cent) were among the areas that registered the lowest annual price growth last month.

Shobeiry said the gap between the percentage growth of apartment and villa prices would continue to narrow.

“During the first quarter of 2022, apartment prices grew nearly double digit. I believe this milestone will be achieved towards the end of the second quarter as the market sentiments look positive,” he said.

Emaar remained a favourite developer of the property buyers as the projects developed by the leading real estate company ranked high in the sales chart last month.

According to Property Finder’s proprietary demand data, the top areas of interest in terms of transactions for villas or townhouses in April 2022 were Dubai Hills Estate, Palm Jumeirah, Arabian Ranches, Damac Hills (Akoya by Damac), and The Springs.

As for apartments for the same period, the top areas of interest were Dubai Marina, Downtown Dubai, Palm Jumeirah, Business Bay and Jumeirah Village Circle.