Dubai: How Sheikh Mohammed bet big on the internet by building a city named after it

Today, Internet City is the largest ICT hub in the region, attracting billions in investments and hosting over 1,600 technology companies In the late 1990s, when the world was still looking at the internet as a fad, His Highness Sheikh Mohammed bin Rashid Al Maktoum, Vice-President and Prime Minister of the UAE and Ruler of Dubai, took a loan of $200 million from HSBC bank to build the Dubai Internet City (DIC).

This was revealed by Omar Sultan Al Olama, UAE’s Minister of State for Artificial Intelligence, Digital Economy, and Remote Work Applications during the opening session of the Dubai Future Forum (DFF) at the Museum of Future titled Welcome to 2071.

“What would make someone take such a bet with such conviction saying I am going to risk everything to be part of this trend,” he said. “It is having the foresight and putting whatever is necessary to ensure you play a role in that future.” 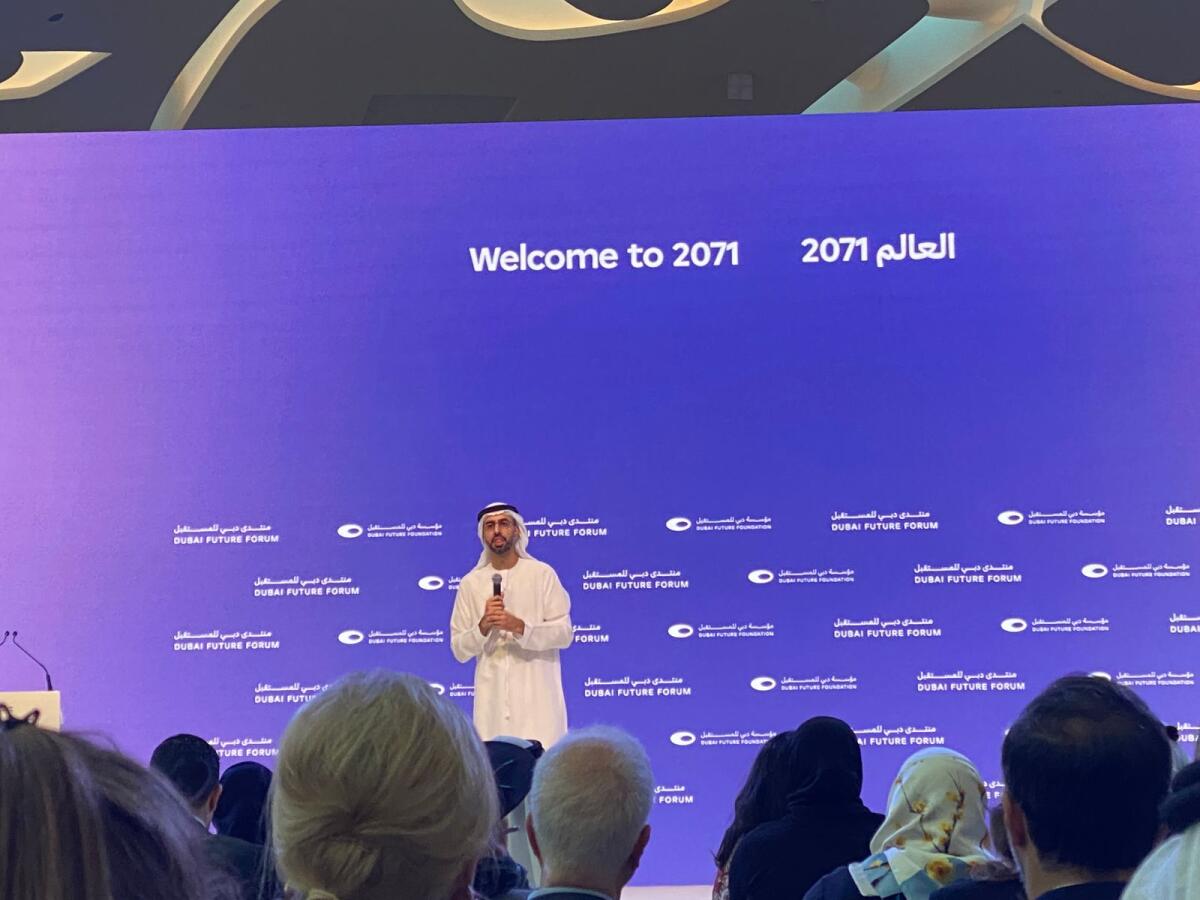 Today, Internet City is the largest ICT hub in the region, attracting billions in investments and hosting over 1,600 technology companies that employ a dynamic workforce of more than 24,000 people from 150 countries.

“We are blessed to have leaders that live the future foresight,” he said. “Our leaders embrace people who see the future and who work on changing it rather than adapting to it.”

The two day Dubai Future Forum kicked off on Tuesday, October 11 bringing together over 400 of the world’s top futurists to Dubai to anticipate challenges, imagine opportunities, share foresight, and shape the future.

Dubai, the city of dreams

According to Al Olama, the biggest strength of Dubai lies in its ability to welcome people, irrespective of their background. “If people have a dream and they want to achieve it, it is the UAE, it is Dubai that they have to come to in order to make that vision a reality,” he said. “A great testimony to this is that everything futuristic that you see in this city is built by everyone. It is built my people of different backgrounds and different cultures who have come to Dubai.”

He also talked about how unknowns are viewed as negatives. “However, we here in the UAE, see unknowns as opportunities,” he said.

Al Olama also spoke of Emirates Airlines as an example of how the founding father of modern Dubai, late Sheikh Rashid bin Saeed Al Maktoum and Sheikh Mohammed bin Rashid foresaw the future of long haul flights and how Dubai could become the hub of future air travel.

According to Al Olama, thoughts about the future has been ingrained in the people of the UAE. “Even when we meet each other, after asking how are you, we ask ‘shoo al akhbar’ which means what is the news,” he said. “It is because we need to understand what is happening around the world and how it will affect us.”

He discussed about how foresight and thinking about the future stemmed from a position of necessity rather than a luxury. “For decades, centuries and millennia, our survival depended on how well we forecasted the future and how well we could foresee what challenges we would face,” he said. “Every single day was a challenge for the UAE. Finding food and water, understanding the weather and figuring out what supply chain disruptions could affect us. Recently, it has moved from being a necessity to being a pedagogy, to being a discipline, to being a guidebook that helps us understand how we can be sure that we keep growing and we can shape the future.”

He also spoke about the Arabic phrase ilm al farasa, which is roughly translates to ‘the ability to the see the future’. “We are incredibly blessed to have leaders who have ‘ilm al farasa’ and who can shape the future,” he said.

Al Olama concluded by saying that that with so many variables that can shape the future, the DFF was a stage for embracing changes and learning from each other.