Dubai rents to pick up further in 2022 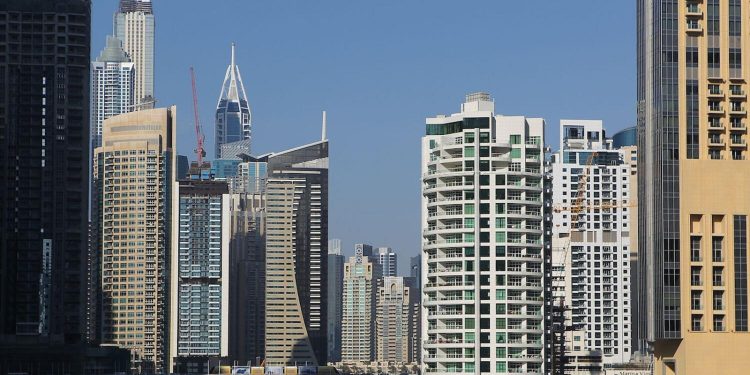 Rental market will balance out and start favouring the landlords after being tenant friendly in recent years, however, rental rises will not be uniform across the city, experts say.

“Villa developments, both mature and emerging, in particular recorded a surge in demand and consequently a rise in rental and occupancy rates as a result of changing working and living habits. Villa rents may go as high as 15 per cent in the coming quarters as demand is high due to influx of new residents,” according to the industry experts.

“While the original recovery of demand seen at the start of this price cycle was driven by existing residents taking advantage of the value in the market, recent demand has largely been driven by the influx of new residents to Dubai. Population fell by eight per cent at the peak of the pandemic, but has rebounded by over 18 per cent to stand at 3.5 million at the start of 2022. These new residents, many expats attracted by the pandemic response in Dubai, have especially placed pressure on mid and upper leasing markets where we have seen substantial price increases,” Waind said.

Ata Shobeiry, chief executive of Zoom Property, said rents are expected to sustain an upward trend for properties in prime areas of Dubai as the emirate attracted worldwide investors following its successful drive against the Covid-19 pandemic and recent visa reforms.

“While the Dubai residential property market continues to attract foreign investment, the rental segment is also improving as several areas reported an increase in rents last month, with Jumeirah Islands and MBR City recording the highest increase. This growth pattern is expected to continue throughout the rest of the year as the market rebounds,” Shobeiry told Khaleej Times.

“Despite the delivery of 17,000 units to Dubai’s residential stock bringing total units to 657,000, residential rents increased in Dubai in almost every community some communities have seen a double-digit growth during the first quarter of 2022,” he said.

“We expect the rental price in to increase moderately till year end. Ultra luxury villas have seen muted increase as prices increased significantly in the last couple of years. Apartment rents are also picking up in many communities in Dubai as an increase of six per cent was registered in the last three months,” he added.

Average rental prices picked up in first quarter on the back of an already tight housing market. According to Betterhomes, while apartments, townhouses, and villas rentals rose to 33 per cent, 25 per cent, and 64 per cent, respectively, they saw a cutback in the number of inquiries and active listings hitting the market.

“Residential properties have remained in high demand, with occupancies averaging decently for good residential projects. For example, our projects have seen an average occupancy rate of 98 per cent,” Fakhruddin told Khaleej Times on Monday.

Elaborating, he said commercial and residential properties have both seen the same level of activity in the past quarter, with renewal values increasing at 5-10 per cent. Warehouse rents have also increased by approximately five per cent of the annual rent, while labour camp rates have remained stable as they have not changed since fourth quarter of the previous year, he said. “There’s good news for properties like villas, though, as villa rental rates are expected to increase by 10-15 per cent in the coming quarters. Short-term rentals, however, have decreased by 20-30 per cent since the Expo 2020 ended,” he said.

He said the summer season and Ramadan have also contributed to the dip in short-term rentals in this quarter.

“As of now, most of the demand is coming from long-term renters, but that will change as the weather improves and more kinds of tenants make their way back to the rental market. Average occupancies for short-stay properties are currently at 65-70 per cent, but this is expected to increase to 85-90 per cent by the end of the year. All in all, we have a positive outlook as to how the rest of the year will pan out for the rental market in Dubai,” he said.