Erdogan calls on Turks to keep all savings in lira 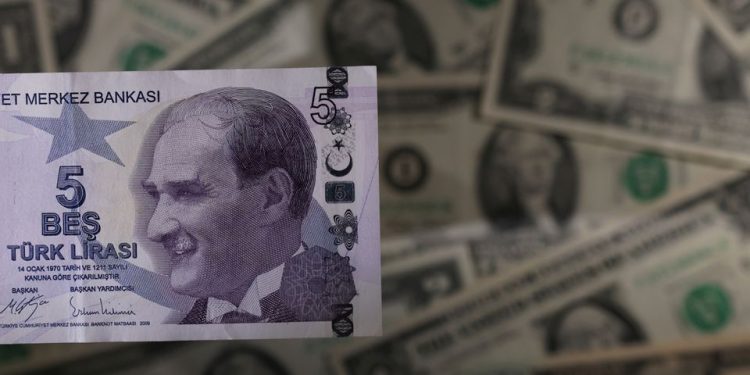 ISTANBUL – President Tayyip Erdogan said on Friday that Turks should keep all their savings in lira and that recent exchange rate volatility was largely under control after the lira weakened sharply in the last two months.

“I want all my citizens to keep their savings in our own money, to run all their business with our own money, and I recommend this,” Erdogan said in a speech in Istanbul.

“Let’s not forget this: as long as we don’t take our own money as a benchmark, we are doomed to sink. The Turkish Lira, our money, that is what we will go forward with. Not with this foreign currency, that foreign currency.”

Addressing a business group, Erdogan also called on Turks to bring their gold savings into the banking system and reiterated his unorthodox view that interest rates were the cause of inflation.

“For some time, we have been waging the battle of saving the Turkish economy from the cycle of high interest rates and high inflation, and taking it on the path of growth through investment, employment, production, exports and current account surplus,” the president said.

Turks’ earnings have eroded in recent months due to a crash in the lira, though it rebounded from an all-time low of 18.4 versus the dollar last week after the introduction of a state scheme to protect local deposits from depreciation losses versus hard currencies.

The lira crisis was triggered by the central bank’s aggressive interest rate cuts, amounting to 500 basis points since September, carried out under pressure from Erdogan as part of a bid to boost credit and exports.

Tags: Erdogan calls on Turks to keep all savings in liralira crisis
Share9Tweet6Share2Send