According to a letter sent to the state-owned Pakistani airline, EASA found deficiencies in the airline’s safety management system and will suspend its authorisation as of midnight GMT on Wednesday.

The decision is also applicable to Vision Air, a Pakistani charter airline, EASA said in an emailed statement.

PIA grounded 150 of its 434 pilots on Friday following an announcement by the country’s aviation minister that 262 of the country’s 860 active pilots’ licence holders may have obtained their credentials by committing examination fraud.

On May 22, 98 people were killed when a PIA Airbus A320 crashed into a residential neighbourhood about 1.4km (0.9 miles) from Karachi’s Jinnah International Airport. 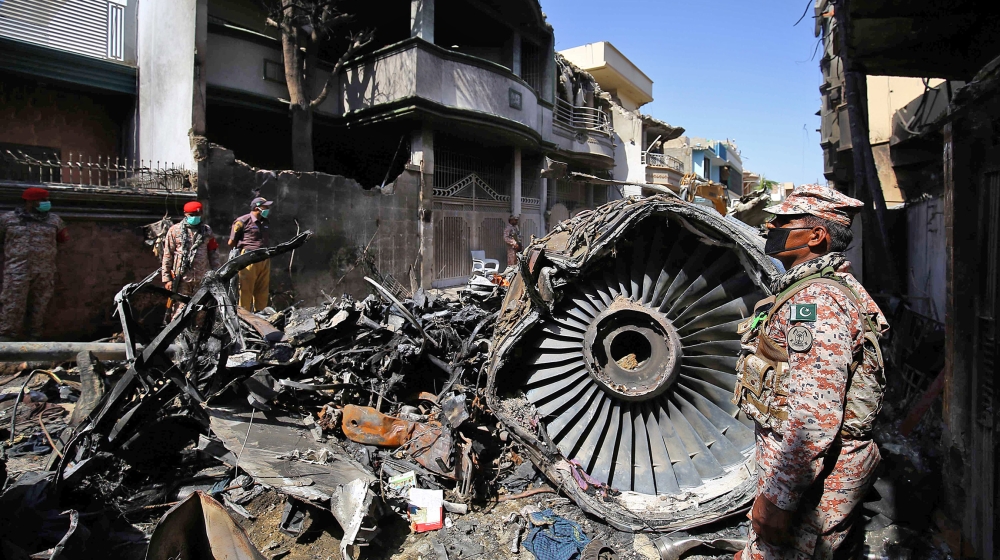 “[The grounding of pilots] does not mitigate EASA’s concern, as there are strong indications that a high number of Pakistani pilot licenses are invalid,” says the letter.

“EASA therefore no longer has confidence that Pakistan, as the State of operator, can effectively ensure that operators certified in Pakistan comply at all times with the applicable requirements for crew qualification.”

PIA has the right to appeal the decision within two months of June 30, the letter says.

A PIA spokesperson confirmed the development to Al Jazeera, saying the airline would suspend all flights to the EU as of midnight on Wednesday.

“We would definitely be appealing,” said Abdullah Khan, the spokesperson. “We have taken a lot of confidence building measures, but EASA does not appear to be very impressed with that.”

Khan said no other jurisdictions had so far contacted the airline with regard to possible similar suspensions.

On Monday, the Civil Aviation Authority of Vietnam (CAAV) grounded all Pakistani pilots flying for domestic airlines in that country over concerns regarding their credentials.

“Vietnamese airlines [have been] requested [to] temporarily suspend flight schedules for the above pilots until further notice,” said a CAAV statement.

There are currently 27 Pakistani pilots registered to fly for Vietnamese airlines, 12 of whom are active, the CAAV said.

Eleven of those pilots fly for Vietjet Air, and one for Jetstar Pacific. A further 15 pilots are registered but no longer hold contracts with Vietnamese airlines.

The Pakistan Air Line Pilots Association (PALPA), a body that represents PIA pilots, has disputed some of the findings of the aviation ministry’s inquiry, claiming the list of 262 pilots includes some who had not committed fraud.

A government investigation into the authenticity of the pilots’ licences continues, pending which all pilots have been suspended from flying for Pakistani domestic airlines.

Ministry of Health and Prevention carries out more than 63,000 additional COVID-19 tests, announces 421 new cases, 490 recoveries, and one death

Abraham Accord a step in right direction to strike peace