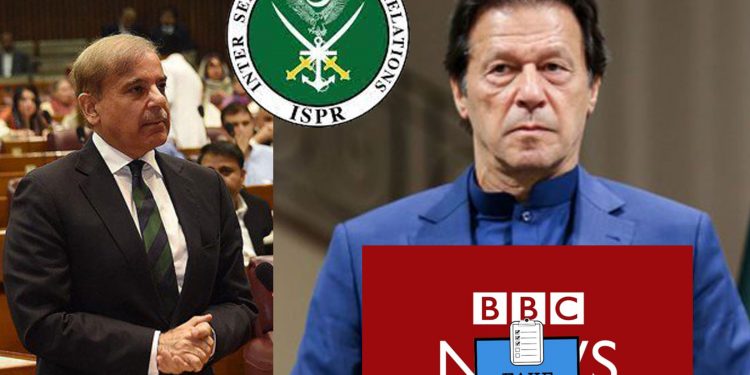 National Assembly to be convened to elect new premier on Monday.

Pakistan’s former charismatic cricket star and Prime Minister Imran Khan was ousted by the lawmakers in a no-confidence vote, which ended his four-year run as maverick leader after he developed differences with the country’s powerful military establishment.

The joint opposition – a rainbow of socialist, liberal, and radically religious parties – secured the support of 174 members in the 342-member National Assembly, more than the needed strength of 172 to oust the prime minister on a day that witnessed a lot of drama and uncertainty with multiple adjournments of the lower house.

With this, Prime Minister Imran Khan became the first premier in the country’s history to be removed through a no-confidence motion.
Pakistan’s National Assembly is set to convene on Monday to elect the new Prime Minister, which will almost certainly be opposition leader Mian Muhammad Shehbaz Sharif of the Pakistan Muslim Lean (Nawaz).

“A new morning is beginning, a new day is about to start,” Sharif told lawmakers after the results were declared in the early hours of Sunday. “The prayers of millions of Pakistanis have been heard.”

The political shakeup in the world’s fifth-most populous nation is likely to immediately rebalance Pakistan’s foreign policy more toward the US and Europe as Imran Khan had shifted Pakistan closer to Russia and China, and sought to sabotage the no-confidence vote by claiming the Biden administration conspired with the opposition to remove him from power.

The Sharif-led government is also likely to help secure about $3 billion left from an International Monetary Fund loan needed to bolster foreign reserves and the currency. The rupee is trading near a record low against the US dollar and foreign currency reserves have dropped to the lowest in about two years, enough to cover a couple of months of imports. The central bank surprised analysts last week with the biggest rate hike since 1996.

Ahead of his ouster, Mr. Khan called on supporters to protest peacefully after evening prayers on Sunday. A national vote must be held by August 2023, and Mr. Khan is already pressuring the opposition to go to the polls.

Sources privy to the power corridors claim that Mr. Khan’s loss came after a fallout with the powerful army over a range of issues including interference in military promotions, his rocky relationship with the US and management of the economy. Pakistan’s military has ruled the country for almost half of its 75-year history, and no prime minister has completed a full term in that time.

Mr. Khan didn’t go quietly. Last weekend, his party shocked Pakistan when one of his allies (Qasim Khani Soori, Deputy Speaker of the National Assembly of Pakistan – the lower house) cancelled the no-confidence vote over the foreign interference claims, after which Mr. Khan quickly called an election. Pakistan’s opposition called the move treasonous as the constitution doesn’t allow Parliament to be dissolved during a no-confidence debate.

Pakistan’s Supreme Court later rejected Mr. Khan’s rationale for scrapping the vote and ordered the no-confidence vote to go ahead on Saturday. During the Parliament session, Mr. Khan’s party triggered multiple adjournments by repeating claims without showing evidence that the US wanted to oust his government — an allegation the Biden administration has denied.

When the vote finally took place, opposition lawmakers cheered and clapped as the numbers were called out. Television channels showed opposition party flags being waved on the street and celebratory fireworks and gunfire sounded in Karachi and Islamabad.

Meanwhile, BBC Urdu posted a story that supposedly recounts the events leading up to the ouster of Imran Khan as the prime minister of Pakistan.
BBC claimed that the Parliament House was abuzz with activity during the day as the National Assembly was in session. However, it claimed, this activity shifted to the PM House once the session was adjourned for Iftar(breaking of the day-long fast).

According to the BBC, Imran had convened an emergency meeting of his Cabinet — summoning his legal and political advisers, the National Assembly Speaker and Deputy Speaker and several bureaucrats — where it was decided that the “threat letter” containing content regarding his regime change would be shown to a select few officials.

The biggest claim in the BBC story — made by quoting government sources — said that the meeting was less than pleasant. “Just an hour ago, former prime minister Imran Khan had given orders to remove one of the senior officials present for the meeting,” the story alleged, without taking any names.
It went on to say that the sudden arrival of the guests was “unexpected” for the former premier, adding that Imran was instead expecting the arrival of his “newly-appointed officials”.

The story alleged that the necessary notifications for the removal and the new appointment were not issued by the Ministry of Defence. “Even if the removal was carried out on the prime minister’s orders, preparations had been made to declare it null and void,” the BBC report said.
The story also talked about how the doors of the Islamabad High Court (IHC) were open late at night to take up a petition asking the court to restrain Imran Khan from possibly de-notifying Chief of Army Staff (COAS) Gen Qamar Bajwa.

The urgent petition — which was filed but never fixed for hearing — said that Imran Khan, for political and personal purposes, had misused his powers and recommended the removal of the Chief of Army Staff, urging the court to quash the order in public interest, the report said.

“It is important to mention that while the petition was prepared, the space for the number of the notification regarding the army chief’s dismissal was left blank. The reason for this was that despite the prime minister’s request, the notification could not be issued and there was no need for a hearing,” the report concluded.

Late Saturday night, a petition was filed in the IHC, asking the court to restrain Prime Minister Imran Khan from de-notifying General Qamar Jawed Bajwa as the chief of army staff. The petition was filed but never fixed for hearing as government ministers vehemently denied having any such plans in place.
The petition was filed by Advocate Adnan Iqbal under Article 199 of the Constitution and mentioned the Federation of Pakistan, Government of Pakistan, Prime Minister Imran Khan, President Dr Arif Alvi, Ministry of Law and the Secretary of the Ministry of Defence as respondents.

Iqbal said he was filing the petition to “uphold the enforcement and mandatory constitutional provision with regard to identification of term” of the COAS.
The petition was a pre-emptive measure to restrain the premier from “using his arbitrary power” to recommend the army chief’s approval before the expiry of his term for “personal and political motive”.

No such notification was issued by the prime minister.

The petition raised a number of questions: whether the approval of the cabinet was obtained for the issuance of any such supposed notification; whether the prime minister had “unfettered powers” to remove the COAS when he had recommended his appointment and in the “absence of any cogent reason for altering the earlier recommendation”; and lastly whether the premier could remove the army chief for “furtherance of political interests”.

It also drew the attention of the court towards the observations of the Supreme Court during suo motu hearings of the National Assembly’s dissolution and its verdict on Thursday whereby it said that any order passed by the prime minister or president would be subject to the order of the apex court.

Meanwhile, Federal Information Minister Fawad Chaudhry had denied that the government had taken any step to remove the army chief, terming such reports “baseless”.

“The government fully understands the importance of the army chief and Pakistan Army as an institution. Reports that anyone is even thinking of changing the leadership of Pakistan Army are baseless rumours and lies. This is being done under an agenda. The government condemns these rumours and completely denies them,” the minister wrote on Twitter.

The development followed a lengthy impasse over a no-confidence motion to oust the premier as the National Assembly was adjourned four times before the vote was finally held around midnight.

The Inter-Services Public Relations (ISPR), the army’s media wing, has rejected the BBC Urdu report about what happened at PM House before Imran Khan was ousted in no-confidence motion from the post of prime minister, terming it “baseless and a pack of lies.”

“The report published by British broadcasting agency today is baseless and a pack of lies. The propaganda report has not cited any credible, verified or relevant source,” a brief statement by the ISPR said.

Describing the story as the typical propaganda which lacks any credible, authentic and relevant source violating basic journalistic ethos, ISPR said that there is no truth in the story whatsoever and clearly seems part of an organized disinformation campaign. “The matter is being taken up with BBC authorities.” ISPR further stated that the matter is being raised with the senior officials of the broadcasting corporation.

“”The report clearly seems a part of organised disinformation campaign. There is no truth in the fake story whatsoever and the matter is being taken up with the BBC authorities,” the statement concluded.