Dubai: India have become became the first team to beat Australia at The Gabba in more than 32 years. They defeated the hosts by three wickets in the fourth and final Test and clinched the Border-Gavaskar Trophy 2-1. 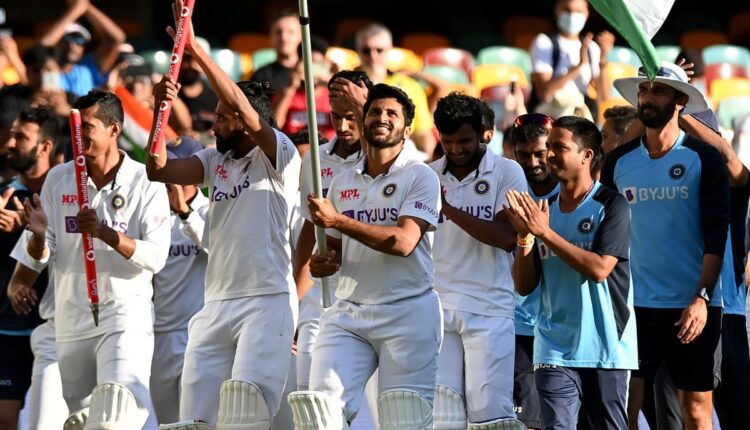 It was a record run-chase in a thrilling final session to hand Australia their first defeat in Brisbane since 1988, as the injury-depleted visitors overhauled the 328-run target with three overs to go.

We are all overjoyed at the success of the Indian Cricket Team in Australia. Their remarkable energy and passion was visible throughout. So was their stellar intent, remarkable grit and determination. Congratulations to the team! Best wishes for your future endeavours.

West Indies were the last team to beat Australia at what is considered their fortress. In all, Australia had won 40 out of the 62 games they played at the venue prior to this match, losing just eight.

EVERY SESSION WE DISCOVERED A NEW HERO.
Every time we got hit, we stayed put & stood taller. We pushed boundaries of belief to play fearless but not careless cricket. Injuries & uncertainties were countered with poise & confidence. One of the greatest series wins!
Congrats India. pic.twitter.com/ZtCChUURLV

Until tuesday, India have played six matches, losing five, drawing one. This is also the first time Australia have not won at The Gabba since 2012.

Back in November 2012, they had drawn against South Africa. Following that draw, they beat England (twice), India, New Zealand, Pakistan (twice) and Sri Lanka.