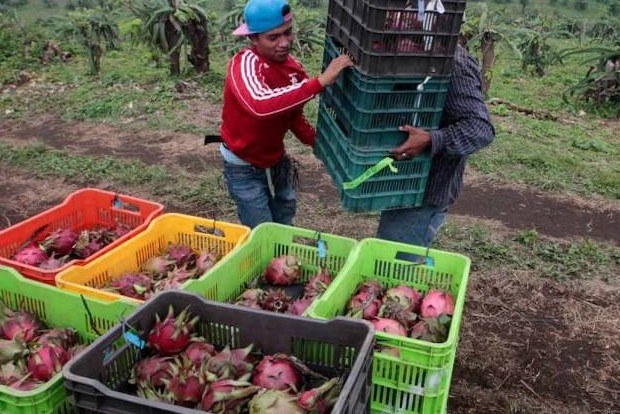 NEW DELHI: India has started exporting a consignment of locally-produced dragon fruit to Dubai for the first time. The fiber-rich fruit is predominately exported by countries such as Canada and Poland as well as South-East Asian countries like Malaysia and Thailand, WAM reported.

Vietnam has been exporting the fruit too, but it is a relative newcomer in acquiring any large slice of the international market. India began growing dragon fruit barely 25 years ago, mainly in home gardens.

But in recent years its cultivation has made big strides on commercial lines in southern, western and eastern India as well as in the distant Andaman and Nicobar Islands. Its cultivation has become popular since it requires very little water.

Modi’s monthly radio broadcast has a listenership of several million Indians. The initiative in drawing his country’s attention to the growth of dragon fruit cultivation as a business and its prospect of exports has now produced results with the first export consignment to Dubai. This consignment was sourced from farmers of Tadasar village in Maharashtra state.

India’s Ministry of Commerce said today that the export to Dubai was supported by the Ministry’s Trade Infrastructure for Export Scheme and its Market Access Initiative.