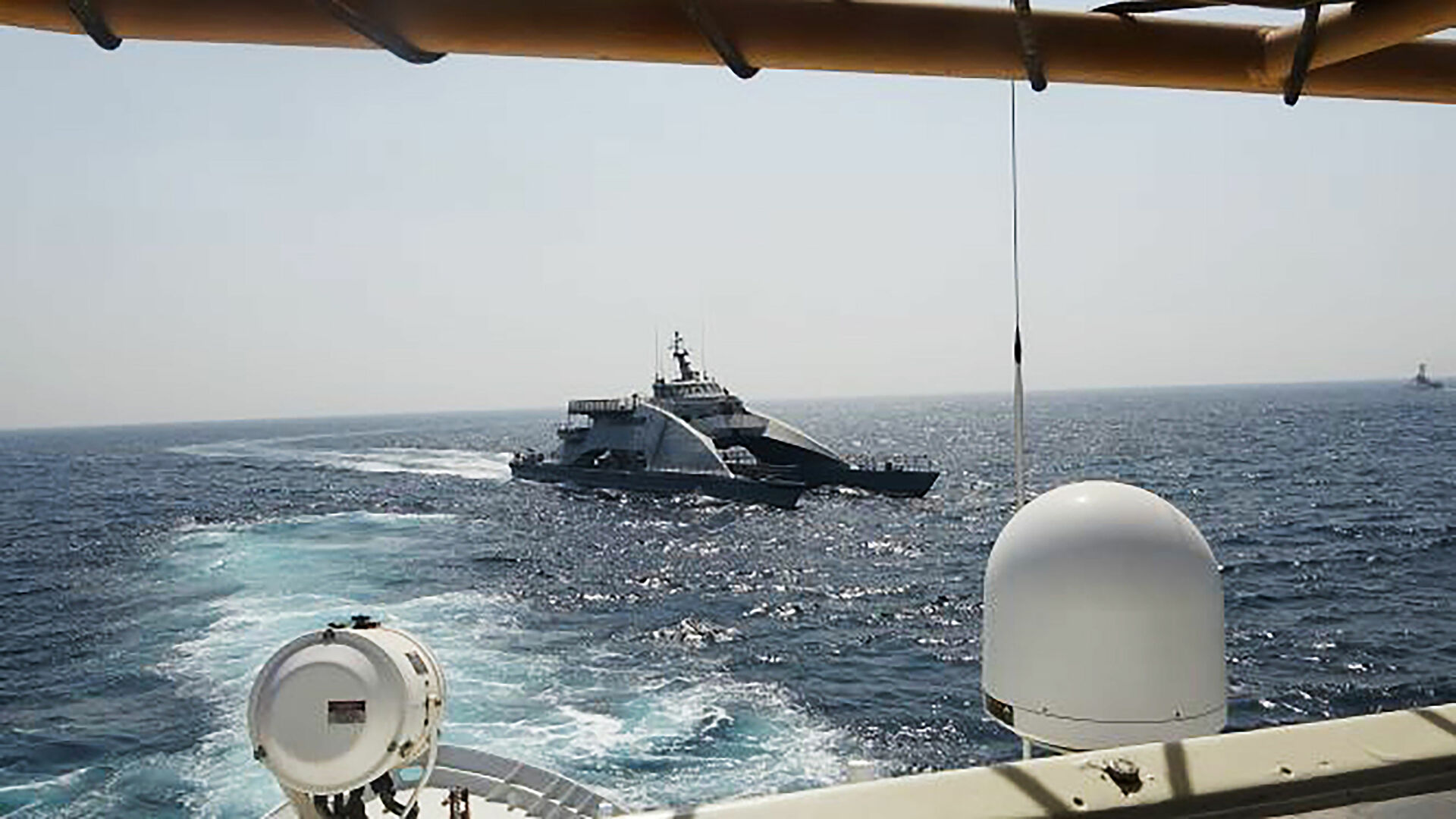 The Islamic Republic’s defence industry has been booming in recent years. During much of this time, the country was under UN sanctions that prevented it from buying weapons and defences abroad.

The Islamic Revolutionary Guard Corps (IRGC) Navy will be receiving three new warships developed domestically, Commander Rear Admiral Ali Reza Tangsiri announced during a ceremony in Tehran on 21 November. He clarified that they will be handed over to the IRGC Navy during the current Iranian year.
Tangsiri said that two of the ships are being developed by the Iranian Defence Ministry and will be named after two national martyrs: Lt. General Qasem Soleimani, who was killed in 2020 in an American drone strike in Iraq, and General Mohammad Nazeri. The two warships will be 65 metres and 55 metres long, and will be armed with “defence missiles” capable of striking targets 300 kilometres away.
The third ship is being developed by an Iranian R&D company, the IRGC Navy commander added. He noted that the vessel will also have sea-to-air missiles capable of operating at ranges of up to 300 kilometres and possess a landing pad to carry a helicopter. The new ship will be capable of accelerating up to 35 knots.
Iran’s defence industry has experienced a major boost over the past decade, partially due to the need to make up for the country’s inability to buy weapons and defences abroad as a result of UN sanctions. Tehran, however, is continuing to develop the industry – even though bans have been lifted by most countries – and has achieved formidable results, filling its armed forces with domestically produced warships, missiles, air defences, drones, and fighter jets.
989
Share FacebookTwitterWhatsAppLinkedinReddItPinterestTelegramEmailPrint