EXCLUSIVEPakistan
By Hamid Butt On Jun 28, 2021 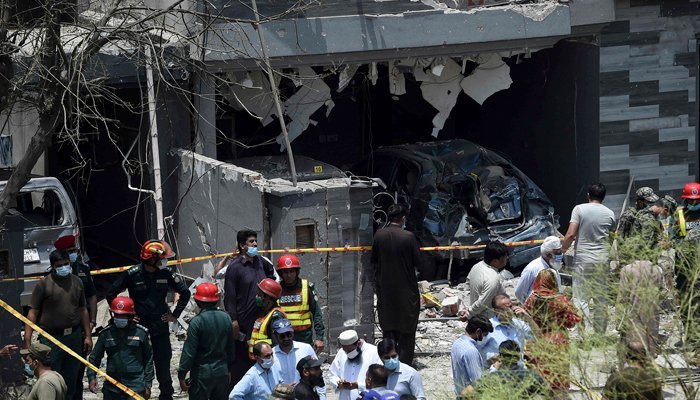 The Counter-Terrorism Department (CTD) Punjab has reportedly arrested another suspect in the Johar Town blast case.

Impeccable sources said CTD arrested Eid Gul, who detonated the car at Johar Town on Wednesday, from Rawalpindi and moved to an unknown place for further investigation.

“It’s a big breakthrough and we expect more information after thorough investigation. The suspect Eid Gul is an activist of Tehrike Talban Pakistan,” sources said.

On Friday, security forces arrested Pakistani national David Peter at the Lahore airport as he tried to fly out of the country. His arrest led to the arrest of another man from the eastern city.

The powerful explosion took place outside the residence of Hafiz Saeed, who is designated a terrorist by the US Justice Department and has a $10 million bounty on his head.

Saeed is the founder of the outlawed Lashkar-e-Taiba group, which was blamed for the 2008 Mumbai attacks that killed 166 people.

Last year, Pakistan sentenced Saeed to 15 years in prison in a terror-financing case, but he was never charged in connection with the Mumbai attacks. He has been serving his term at home under a government order.