A nanotechnology treatment derived from bone marrow stem cells has reversed multiple sclerosis symptoms in mice and could eventually be used to help humans, according to a new study led by University of California, Irvine researchers.

“Until now, stem cell therapies for autoimmune and neurodegenerative diseases have produced mixed results in clinical trials, partly because we don’t know how the treatments work,” said corresponding author Weian Zhao, an associate professor of pharmaceutical sciences and biomedical engineering who is affiliated with the Sue & Bill Gross Stem Cell Research Center. “This study helps unravel that mystery and paves the way for testing with human patients.”

In past experiments, intravenously injected stem cells — taken from bone marrow and activated with interferon gamma, an immune system protein — often got trapped in filter organs before reaching their target. For this study, published in the journal ACS Nano, researchers avoided that problem by extracting nano-sized particles called exosomes from the stem cells and injecting them into rodents with MS. 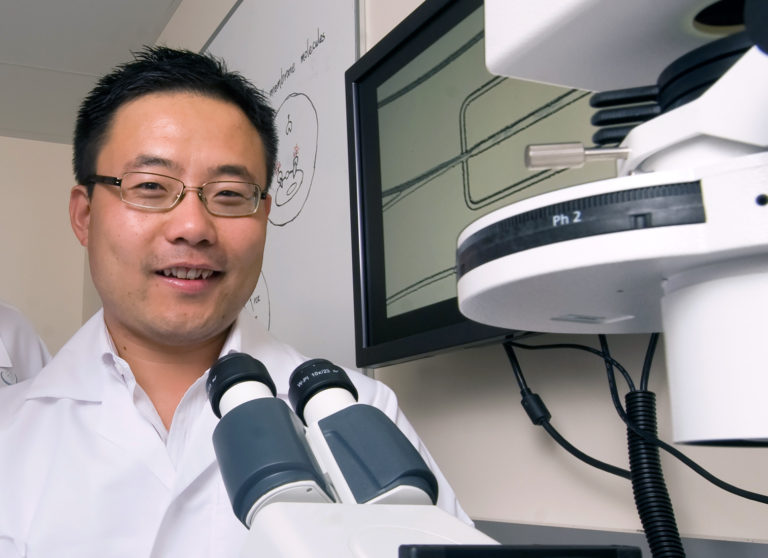 Loaded with anti-inflammatory and neuroprotective RNA and protein molecules, the exosomes were able to slip through the blood-spinal cord barrier. In addition to rejuvenating lost motor skills and decreasing nerve damage caused by MS, they normalized the subjects’ immune systems, something conventional drugs can’t do, said study co-lead author Reza Mohammadi, a UC Irvine doctoral candidate in materials science & engineering.

More experiments are in the pipeline.

“This novel treatment will be tested on humans in early 2020, initially on people with Type 1 diabetes,” said co-lead author Milad Riazifar, who worked on the study as a pharmacological sciences doctoral student in Zhao’s lab and is currently helping prepare for a City of Hope clinical trial of the method. “If successful, it could pave the way for treating other autoimmune diseases, including multiple sclerosis.”

May 29, 2020 2,238
Subscribe to our newsletter
Sign up here to get the latest news, updates and special offers delivered directly to your inbox.
You can unsubscribe at any time