Pakistan prepares to drive into the future with EV production 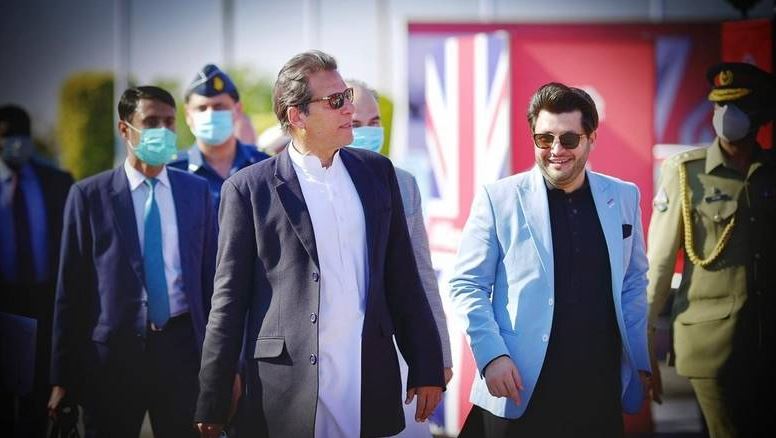 Pakistan is all set to join the elite group of nations that produce electric vehicles (EVs) and plans to set up two manufacturing facilities for environment-friendly cars in the country, an industry veteran said.

Javed Afridi, an entrepreneur and the project’s main stakeholder, said the first EV manufacturing plant of popular British automative brand Morris Garages (MG) has already been established in Lahore and it is set to roll out the first locally-developed EV in the country. He said top Pakistani and Chinese leadership is expected to inaugurate the EVs’ commercial production in Lahore facility “very soon”.

“We have made huge investments in the first phase to launch an EV manufacturing facility in Pakistan under the direction of Prime Minister Imran Khan, who is keen to promote clean energy transport in the country. We are willing to make more investments in the second phase in this project, which shows our strong commitment towards the EV initiative,” Afridi told Khaleej Times during an exclusive interview.

The Lahore-based young entrepreneur, who earlier hinted to bring Tesla cars to Pakistan, recently launched MG models in the country and set up a well-connected dealership network to sell wholly built-up vehicles imported from China to its domestic consumers.

“Our state-of-the-art EV production facility in Lahore has the infrastructure, technology and human resource to produce a sufficient number of units annually to meet the growing demand of the domestic market. We also have a plan to set up another production facility in Karachi with a similar production capacity to capture the export market of right-hand EVs,” Afridi said. 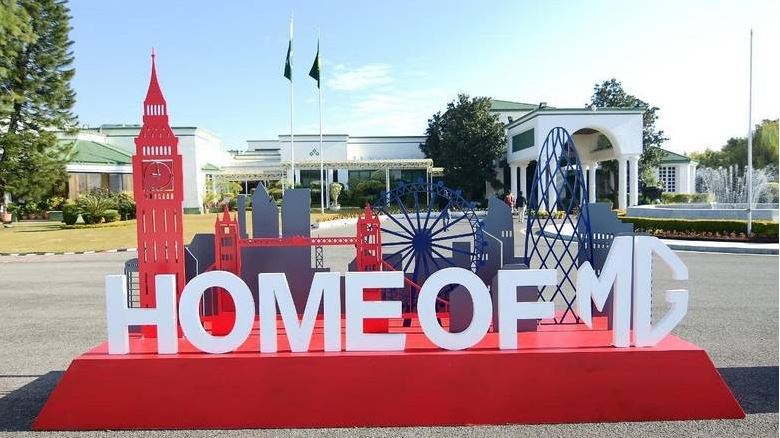 MG has been brought to Pakistan as a joint venture between JW-SEZ Group and Saic Motors, one of China’s most prominent manufacturers. The famous British brand’s line-up for Pakistan features the ZS EV, a compact SUV with an all-electric powertrain. The petrol-powered version of the ZS has already been launched in the market, whereas the ZS EV is yet to be launched.

MG is also planning to debut the plug-in/hybrid version of the HS SUV in Pakistan to add to its arsenal of EVs.

“We have social, environmental and financial goals to revolutionalise EVs in Pakistan during the next three to five years. Prime Minister Imran Khan is committed to bringing the green revolution in the country and has recently introduced the first-ever EV policy to cut carbon emissions,” Afridi said.

Khan’s government has been rigorously introducing environment-friendly policies since it came into power in 2018. A popular component of his green Pakistan initiative is introducing electric vehicles in the country and capturing up to 30 per cent of the market by 2030.

According to automotive industry experts, over 100,000 EVs will hit Pakistan’s roads during the next 10 years if the government successfully installs solid infrastructure such as well-equipped charging stations for EVs in the country.

According to an industry analyst, Pakistan can’t go towards the 30 per cent EV target unless they shift to renewables. Otherwise, the import bill will increase with energy from oil adding to EVs also being imported.

“We have to deal with serious challenges to promote EVs in the country. Charging stations on motorways and highways are one of the key challenges and a part of EVs’ infrastructure development plan that will take a minimum of three to five years,” Afridi said.

“There is a huge demand for EVs in the country despite lack of quality infrastructure and high prices of existing models. I have faith in the Pakistani consumers. MG has successfully penetrated the market and received significant orders since its inception,” he added.

The owner of Peshawar Zalmi in the Pakistan Super League also said EVs are no more just a city car or a fad. With fast progress on the technology front, a sound EV policy, superior comfort, ease in maintenance, superb features and the youth’s preference for green products, he said electric vehicle is a reality and a trend that is here to stay for a long time.

“With a well-connected motorway and highway network across Pakistan, people will soon be travelling on EVs if we install a number of charging stations and lay down a solid infrastructure to promote green transport in the country,” Afridi said.

Citing examples of US President Joe Biden and Chinese President Xi Jinping, who announced incentives and packages worth billions of dollars to develop EV infrastructure in their countries, he said it is high time for Pakistan to introduce similar initiatives to promote electric cars in the country.

The leading businessman, who is also the CEO of Haier Pakistan, said Pakistani automobile consumers have been exploited by cartels that cornered them with low-quality, boring models at exorbitant prices.

“I believe in fair competition and want to facilitate the Pakistani people with fuel-efficient quality EVs with latest features. But existing cartels in the automobile industry resisted revolutionary changes and targeted me,” Afridi said.

“We know that competition is an unfamiliar phenomenon in Pakistan’s automobile industry, we invite everyone to join in a fair competition to serve Pakistani consumers with a bigger and better variety of vehicles at lower prices,” Afridi said in a recent post on his social media account.

“The future belongs to EVs and Pakistan has no exception to it. We bring in exciting new models at far lower prices and will continue the similar trend for future EVs models,” he said.

Elaborating, he said MG Pakistan has introduced two variants in the market so far.

“The HS variant costs up to Rs5.5 million while the ZS is more affordable and its price starts from Rs4 million. We will introduce three more variants in the coming days, including a surprise for a low-price variant for the middle-class segment of the society,” he said.

Afridi said overseas Pakistanis should be given special preference to acknowledge their significant role in stabilising the national economy by sending record remittances every year.

“I have written a letter to Prime Minister Imran Khan to allow the tax-free purchase of new cars or EVs to overseas Pakistanis. It will help not only local automotive industry but also save non-resident Pakistanis to pay huge duties and taxes on imported vehicles,” he said.

“Overseas Pakistanis should have a facility to buy a car of their choice without paying taxes and duties in the country. This will help save their time and hassle from importing abroad and pay up to 300 per cent duties,” Afridi concluded.