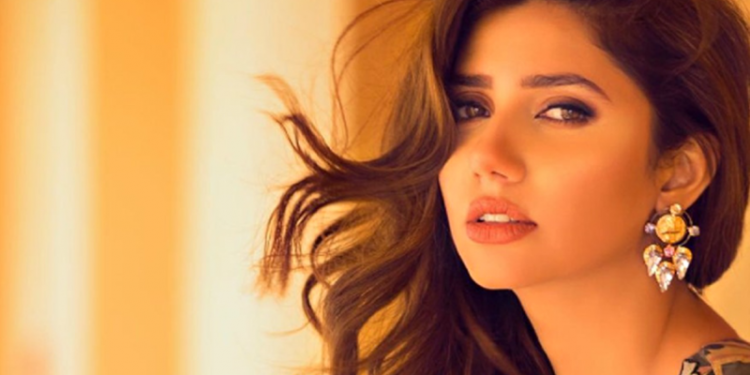 Speaks about the magic of cinema, her love for indie films and more.

Dubai News
You are unlikely to find anyone who does not enjoy watching Mahira Khan on screen. Even in projects that can go down as not-so-good choices, you can always see the honesty in those performances. It almost feels like she does not know how to lie in front of the camera. Like every moon goes through an eclipse, Mahira has had her share of criticism, but it has only made her bolder and braver. With her eyes exuding power, she has never looked so self-assured.

Arguably one of the best actors in the Pakistani entertainment scene, Mahira has now taken a backseat as an actor and has joined hands with Nina Kashif to produce Baarwan Khiladi, a web series that showcases friendship and rivalry, passion and politics on and off the cricket field.

“Baarwan Khiladi is a riveting narrative about complex yet fragile relationships. A story about the indomitable spirit of the human soul of never giving up and succeeding against all odds by the sheer dint of hard work and perseverance. A must watch for all ages who may find their own stories within the various characters of the seven-episode series,” said producer Nina Kashif.

We caught up with Mahira to know more.

As a producer, do you think the web series format is a little more forgiving because it takes its own sweet time in building the audience as compared to films where the verdict is out within a few days?

I agree, but this statement is valid for the market where OTT is a mature medium. In Pakistan, we are still testing this. OTT subscribers are gradually growing, and people are still getting the hang of it. We are still figuring it all out.

The audience is being built and we have to work twice as hard to get the subscribers; so I would say in developing markets like Pakistan it is more unforgiving than other parts of the world. Tapmad TV, where we are releasing our first web series Baarwan Khiladi, is one such step in this direction.
Your love for megastars of the silver screen like Madhubala and Madhuri Dixit is not a secret. Can you imagine a life when cinemas will become a thing of the past?

Cinema is too deep-rooted in our culture to disappear. The experience of attending a movie or live theater with other people is unique. Watching movies at home doesn’t live up to going to see a film at a theater and that differentiator will always remain.

During Covid, I have discovered another side of me.

As much as I love watching classics, tragedies and romantic films and bigger screen stars, there is also another side of me that has fallen in love with indie films. This is what I have done during Covid, I have explored and consumed those films and I feel indie films are my new calling. This is what I want to do next.

Shah Rukh Khan once said that the next generation of superstars will not come from cinema, do you agree with that?

I think he meant that in a very sarcastic way. It was more like, let them be superstars and letting them experience what comes with it. Not everyone can handle success. Today, we have YouTubers and influencers who are addressed as superstars after overnight successes.

But will they survive long enough? For me, longevity matters the most. My friend Sarmad Khoosat who plays a cricket coach in Baarwan Khiladi often tells me that we must always bet on someone who’s in it for the long haul. Yani, ‘lambi race ka ghoda’.

After working for so many years across industries, have you been able to crack the formula of what audiences really want and what will bring them back to cinemas?

It’s hard to crack because there is no formula to begin with. Formulas are constant; something static. An idea that worked few years ago may not sell at all today because the taste of the consumer has evolved over time. Look at the options of entertainment that are available to people; they are flooded with choices.

Today, you are not just competing with local offerings but global content. You may have big stars and a formula, but if the content is not engaging enough, then the audiences will not come to theatres. It just won’t happen.

Working with millennial YouTubers in Baarwan Khiladi, do you now understand Gen Z’s obsession with ‘viral’ content?
We often had discussions about content that spreads rapidly and attracts a great deal of attention. But I never got carried away with their ideas. For instance, there are plenty of locker room dialogues amongst the boys that I wanted to run at the press meet and there were discussions at length about showing or not showing it.

I took a call to show it to the press and I did. This is our content, and we must own it. So what I do is, I take my experience and merge it with their valid opinions. I wouldn’t put anything out just because in their opinion it could go viral. I look at the longevity and sensitivity of those things.

You were quite visible in the year 2021, from Hum Kaha Ke Sachay Thay to Aik Hai Nigar to music videos to endorsements and stage performance at the Lux Style Awards. Do you believe in strategising the supply because too much of a presence may have an impact on an artist’s demand?

I don’t worry about what people think. Personally, I do believe that one shouldn’t be everywhere. My multiple presence had a lot to do with my work that I did during the Covid pandemic and there was a lot of backlog waiting to see the light of day. This year again, I was meant to do a Ramadan play and some other assignments, but I have stepped back.