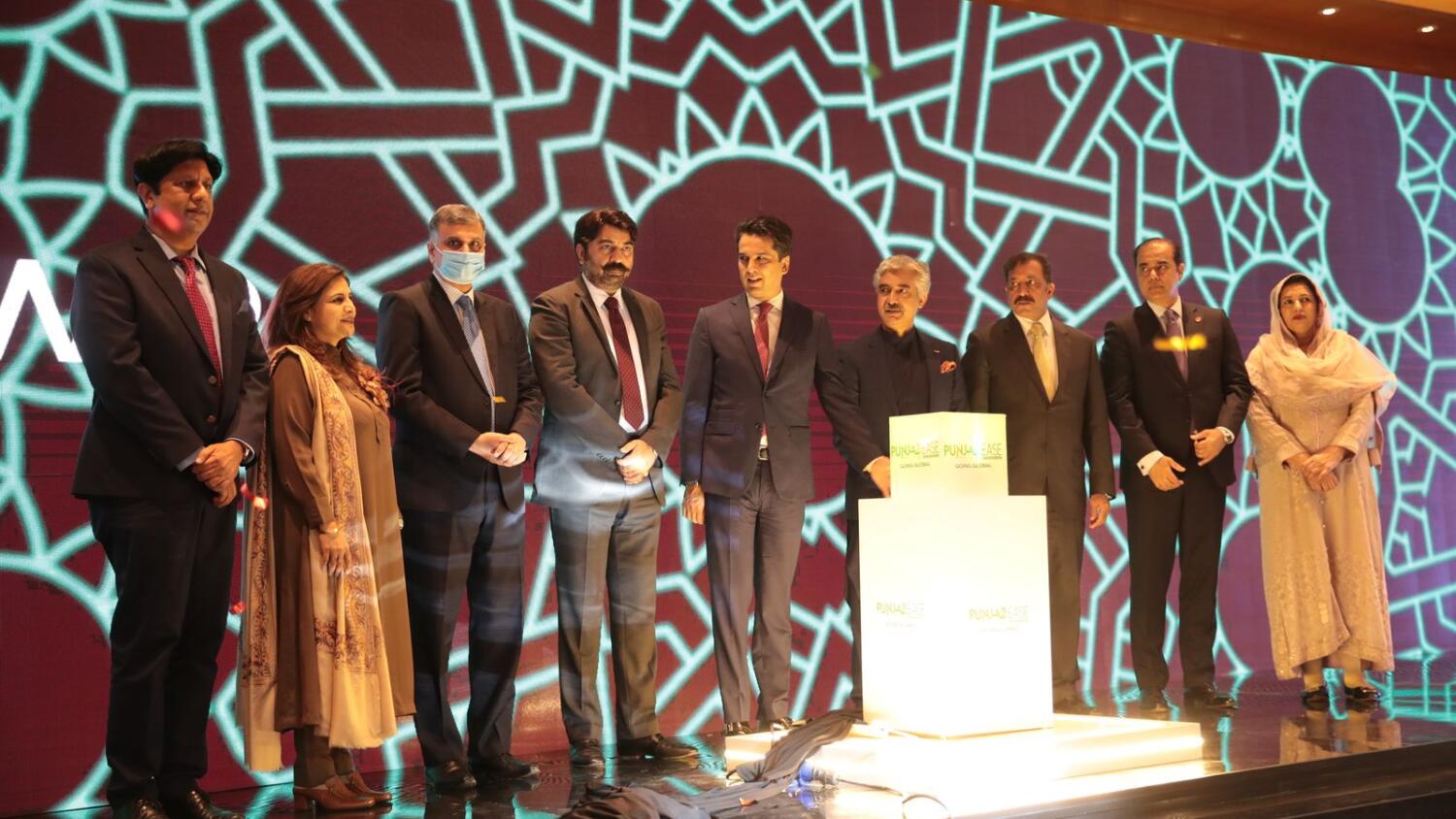 The Pakistani Punjab on Sunday signed 17 deals worth more than $1 billion to attract foreign investment, build infrastructure and promote hospitality and tourism in the province.

The memorandum of understandings (MoUs) were signed at the Punjab International Business Conference in Dubai where the UAE and Pakistani groups pledged to invest in special economic zones and industrial cities across the province.

Out of the 17 deals, the Ravi Urban Development Authority (Ruda) managed to win trust of the investors to erect the first vertical city of Pakistan in Lahore costing $9 billion by 2035. It will collaborate with Dubai Sustainable City to develop a similar infrastructure at a 46km-long riverfront development, the world’s largest. It is also working on Masdar sustainable business model and will incorporate some of its key features in the development.

Imran Amin, chief executive of Ruda, signed a number of deals with Dreamworld Limited Company, Mastercard Asia/Pacific Pte Ltd, the Sustainable City Ravi Investment Limited and the SS International Dubai for the development of a theme park, digital payment ecosystem for Ravi City, development of innovation city, industrial park and a number of other development initiatives.

“We want to replicate the success of Dubai business model in Pakistan,” Amin told Khaleej Times.

Punjab Finance Minister Makhdoom Hashim Jawan Bakht, who delivered the keynote address, said Pakistan is an attractive investment destination and a large market endowed with a rich array of resources.

“Pakistan today is a country of over 220 million resilient and enterprising people. Our predominantly young population is imbued with immense energy and creativity. Our other endowments include a vast pool of skilled human resources, a large agrarian base, tremendous tourism potential, diverse mineral wealth, and a developed IT infrastructure,” Bakht said.

He said Pakistan enjoys a strategic location on Asia’s premier trade, energy and transport corridor and is the gateway to the energy-rich Central Asian States, and the economically advanced Far Eastern economies.

“Under the China Pakistan Economic Corridor (CPEC), the key regional initiative for connectivity and shared prosperity of nations, Pakistan stands at the intersection of three engines of growth in Asia, South Asia, China, and Central Asia and is uniquely positioned to become a hub to connect a market of over 3 billion in these regions,” Bakht said.

“The development budget of the department increased six times from Rs2 billion to Rs12.5 billion to enable 30 new schemes. Because of the fast pace at which the industries department is executing projects, the budget has already been used and we may require supplementary budget to execute the new projects already in the pipeline,” the minister said.

The minister announced two new initiatives to promote and facilitate investments and the growth of start-ups in the province. It includes an investment portal, an online resource centre that is being launched to aid investors and businesspeople in Pakistan and abroad. He also announced to set up the UAE Help Desk to attract investment to Punjab from the UAE business community.

Earlier, the Ambassador of Pakistan to the UAE Afzaal Mahmood, CEO of the Punjab Board of Investment and Trade Dr Erfa Iqbal, Minister for Higher Education Department and IT Raja Yasir Humayun and Advisor to CM on Tourism Asif Mehmood also addressed the conference.