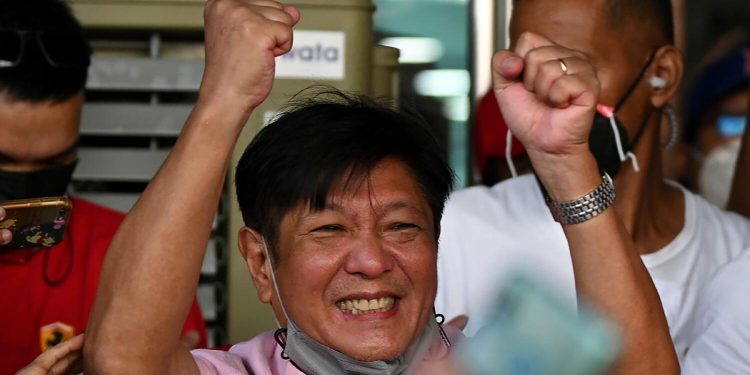 As Ferdinand “Bongbong” Marcos Jr on Wednesday claimed victory in the Philippine presidential election, expats in the UAE are hoping he will deliver on his promise of unity and respond to the needs of overseas Filipinos.

Dubai resident Dianne Baldoza hopes that Marcos — once officially proclaimed president — will “refrain from conducting a witch-hunt against those who opposed him”.

Instead, he must focus on continuing “the good projects the current administration has started, like the Build Build Build infrastructure programme in the Philippines”, she said.

“I also hope that more legal assistance will be provided to expats. I think there should be a dedicated fund for this purpose, as it would be helping a lot of people,” added Baldoza, in-house counsel of a luxury retail group.

In Dubai, 60,393 out of the 191,779 registered voters cast their ballots. Back in the Philippines, more than 95% of votes have already been counted in an unofficial tally displayed on the Commission on Elections’ transparency server.

Marcos has a clear lead with about 30 million votes, more than double that of his closest rival, the outgoing Vice-President Leni Robredo, who has about 14 million votes. The release of official figures, however, could take weeks.

“Filipinos started to be hopeful about a new and improved system under Rodrigo Duterte (presidency). He was strong, did not bow to pressure, and made the country safer. The last time I went on vacation, I was pleasantly surprised. There were no more pickpocketers on the street. I want his legacy to continue, and I think Marcos will do that,” said Galleta, a nurse who works in a Dubai-based hospital.

Law student Pierce Aldwin Berroya Co wants “a corruption-free government”, and he said this was why he voted for Robredo.

“I support Robredo because she has a very clean track record. The Commission on Audit of the Philippines gave her office the highest audit ratings for three successive years during her tenure. With this, we know that she is not at all corrupt.

“In addition to that, during calamities, she is always on the ground with the people. She is a lawyer, economist and mother. She has the background necessary to create policies to boost economic recovery and has a proven track record of hands-on leadership and good governance. More importantly, she inspires the youth to vote with integrity,” said Co.

Art ‘Popoy’ Los Banos, a veteran PR professional, refused to divulge who he supported but said he wanted specific things from his leader. “I want the eventual winner to govern the country for the next six years following anti-graft and corruption laws and regulations,” he said. “I also want him or her to address the gaps in the delivery of universal health services, provide financial assistance to the daily wage earners affected by the pandemic and request banks to write off compounded interests and fines on loans to SMEs.”

“In relation to overseas workers, I want the government to deploy a task force of lawyers to countries where many Overseas Filipino Workers (OFWs) encounter labour disputes and legal problems. In the Middle East, there are many OFWs who are unwitting victims of unscrupulous companies, agencies, and individuals.”