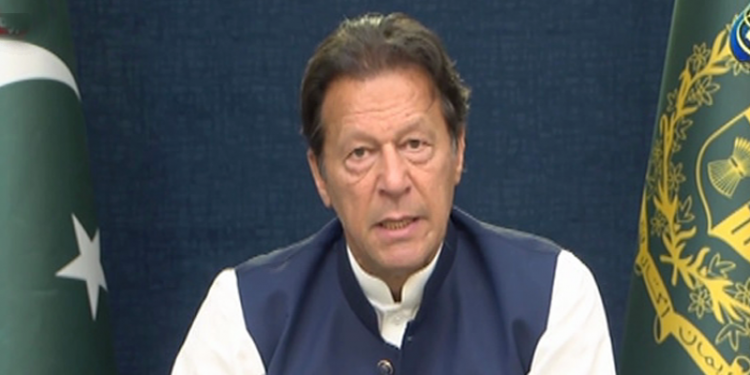 ISLAMABAD: Prime Minister of Pakistan Imran Khan on Sunday in an Address to the Nation announced to dissolve the assemblies.

Immediately after Deputy Speaker Qasim Khan Suri ruled to reject the no-trust motion from the opposition parties against Prime Minister Imran Khan, over having links with the foreign conspiracy, the prime minister announced the dissolution of assemblies in an address to the nation.

The prime minister in his address called the no-trust motion against him a ‘foreign agenda’ and congratulated the nation over the motion rejected in the National Assembly.

“It was a foreign agenda, I want to tell the people don’t get disturbed the God is looking over the nation,” PM Imran Khan said.

“The Speaker has decided to use his authority,” he said. “I have sent an advice to the President for dissolution of the assemblies,” the prime minister said. “The people have to decide what will be the future,” Imran Khan said.

“I am thankful to Allah that a conspiracy has been foiled against the country,” he added.