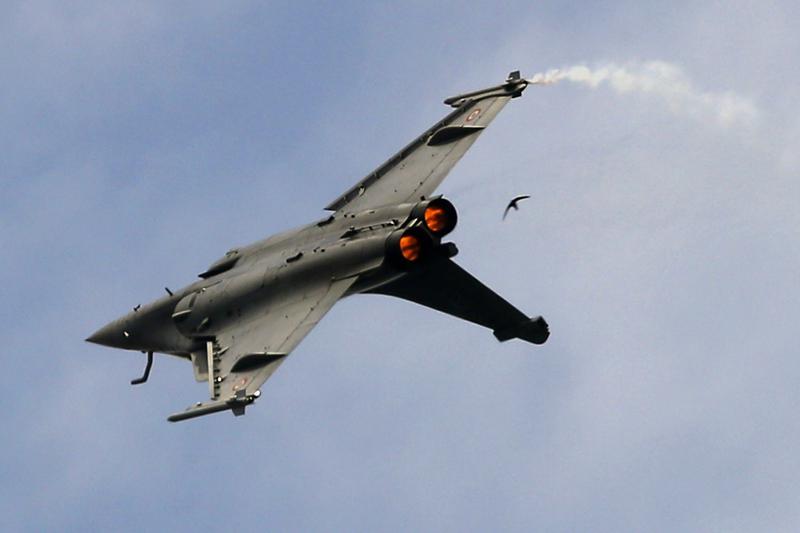 PARIS — France is selling another 30 Rafale fighter jets to Egypt in a deal condemned Tuesday by rights advocates, including the French wife of a jailed activist.

The deal, confirmed separately by both countries, will build up Egypt’s fleet of the advanced warplane to 54, second only to the French air force. The sale makes good on France’s policy of not conditioning its economic and defense cooperation with Egypt on progress on human rights.

The wife of jailed Palestinian-Egyptian activist Ramy Shaath said France should be using the sale as leverage to pressure for human rights improvements and prisoner releases.

“It’s never too late. The planes have not been delivered yet,” Celine Lebrun-Shaath told The Associated Press. “The strategic partnership between France and Egypt is important but should be based on shared values and the respect of international law.”

“The implications of France’s failed diplomacy is my husband’s continued unjust imprisonment for 670 days,” she added.

Shaath, the son of a former Palestinian foreign minister, was detained in 2019 but has not been charged, and his wife, a French citizen, was deported.

The Egyptian military said the Rafale purchase would be financed with a 10-year French loan. The value of the deal wasn’t given.

The Geneva-based MENA Rights Group, which campaigns for rights and freedoms in the Mideast and North Africa, said the deal “clearly shows that the fate of the many human rights defenders and prisoners of conscience currently in jail does not carry much weight.”

Egypt’s first purchase of 24 Rafales in 2015, valued then at 5.2 billion euros ($5.93 billion), made it the first overseas buyer of France’s delta-winged, multi-role but hard-to-sell warplane.

Before Egypt’s purchase, Dassault Aviation’s fighter had been on the market for years, and in service for the French air force since 2006. Other multi-billion euro (dollar) sales have followed, including to India and Greece.

Dassault said the new order is proof of an “unfailing bond” between Egypt and the manufacturer.

The French Defense Ministry said the deal would create the equivalent of 7,000 jobs in France for three years and ”further strengthens the strategic and military partnership between France and Egypt.”

French President Emmanuel Macron said in December, when Egyptian President Abdel-Fattah el-Sissi visited Paris, that “disagreements” over human rights will not stand in the way of economic and defense deals.

El-Sissi has overseen the toughest crackdown on critics in Egypt in living memory, jailing thousands of Islamists along with pro-democracy activists, reversing freedoms won in the 2011 Arab Spring uprising, silencing critics and placing draconian rules on rights groups.