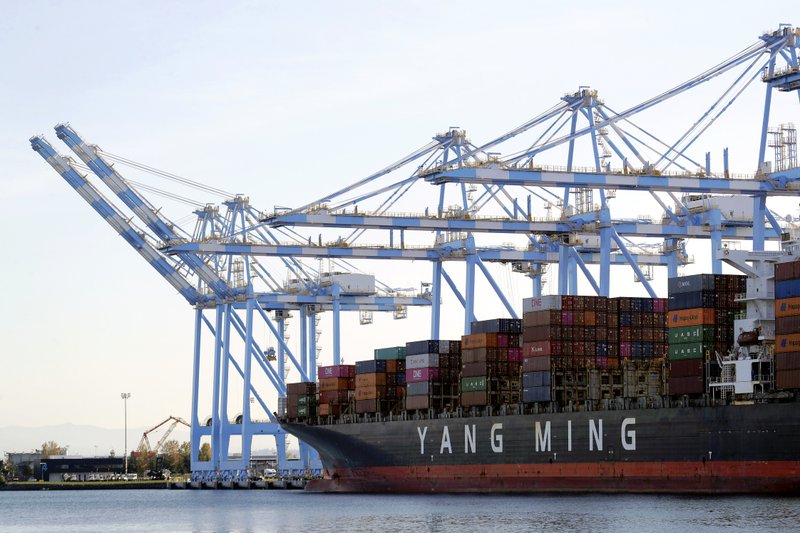 WASHINGTON — The U.S. trade deficit rose 17.7% last year to $679 billion, highest since 2008, as the coronavirus disrupted global commerce and confounded then-President Donald Trump’s attempts to rebalance America’s trade with the rest of the world.

The gap between the value of the goods and services the United States sells abroad and what it buys climbed from $577 billion in 2019, the Commerce Department said Friday. Exports skidded 15.7% to $2.1 trillion, and imports fell 9.5% to $2.8 trillion.

As president, Trump sought to narrow the gap by imposing taxes on imported goods on a scale unseen since the trade wars of the 1930s. The deficit narrowed slightly in 2019 but then ballooned last year as coronavirus restrictions hammered U.S. exports of services such as tourism and education. Services exports dropped 20.4% last year.

Still, the U.S. ran a $237 billion surplus last year in services. But that was overwhelmed by a $916 billion deficit in trade in goods such as aircraft and auto parts.

The politically sensitive deficit with China in the sale of goods fell 10% last year to $311 billion; Trump had imposed tariffs on $360 billion worth of Chinese imports to protest Beijing’s sharp-elbowed efforts to supplant Western dominance in technology, an effort that U.S. alleged included cybertheft.

Pakistan PM: We would give Kashmiris ‘right to independence’

PayPal to shut operations in India