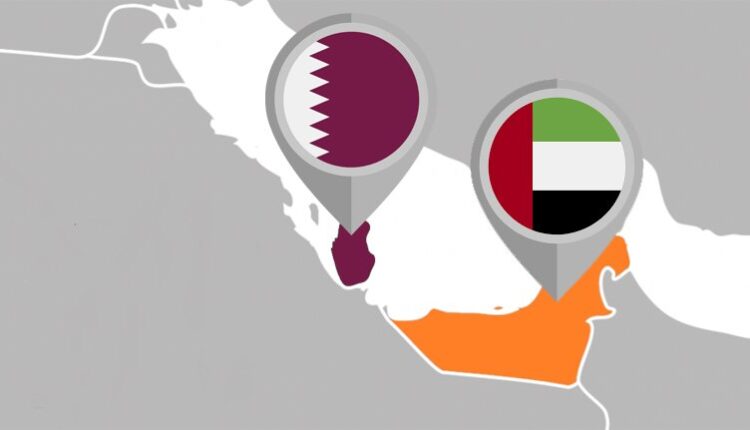 UAE set to reopen land, sea and airports with Qatar

UAE will begin to end all measures taken against Qatar.

Starting Saturday, the UAE will reopen all its air, land and sea borders with Qatar, according to an announcement in WAM the UAE state news agency .

According to Khalid Abdullah Belhoul, Undersecretary of the Ministry of Foreign Affairs and International Cooperation, the UAE will begin to end all measures taken against Qatar according to the statement issued on June 5, 2017, following the signing of the Al-Ula Statement.

The statement contains the permanent solidarity agreement, which is considered an achievement. The measures strengthen the unity and cohesion of the Gulf, Arab and Islamic ranks.

Belhoul said that the UAE will work to reopen all land, sea and air ports for incoming and outgoing movement.

Relevant authorities in the country have been instructed to adopt the measures which will be activated on January 9, he informed.

The move follows the re-establishment of diplomatic ties with Qatar after the four Gulf states resolved their nearly four-year-long dispute with its neighbour.

UAE’s Minister of State for Foreign Affairs Dr Anwar Gargash said on Thursday that trade and transport could resume with Qatar within a week.

“We are extremely, extremely supportive and positive about the declaration,” said Dr. Gargash at a virtual media briefing.

Qatar Airways has also rerouted some of its flights through Saudi airspace starting Thursday evening.

The General Civil Aviation Authority (GCAA) in UAE has also announced the reopening of airspace and resuming of air traffic between the UAE and the State of Qatar as of Saturday, January 9, following the signing of the Al-Ula Declaration, which includes an agreement for permanent solidarity.

The GCAA said that it will resume scheduled and unscheduled flights between the two countries, in coordination with the civil aviation authorities and national carriers in the UAE.