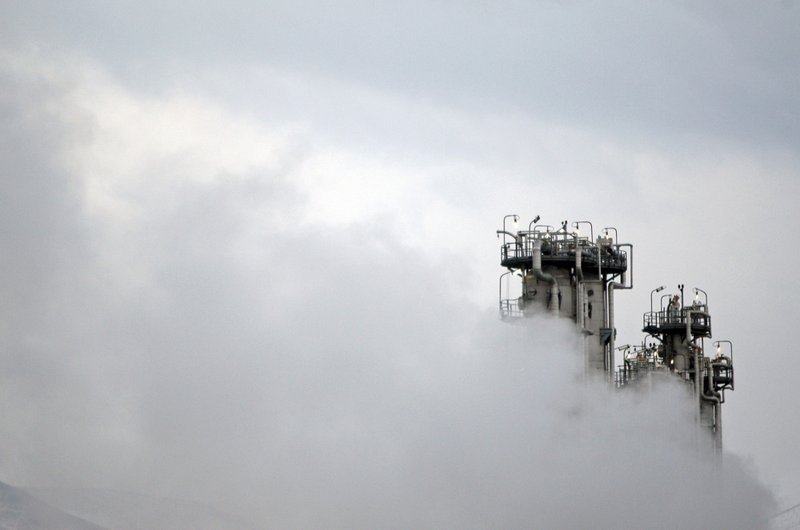 The United States and Iran said Friday they will begin indirect negotiations with intermediaries next week to try to get both countries back into compliance with an accord limiting Iran’s nuclear program, nearly three years after President Donald Trump pulled the U.S. out of the deal.

The announcement marks one of the first bits of tangible progress in efforts to return both nations to terms of the 2015 accord, which bound Iran to restrictions in return for relief from U.S. and international sanctions.

President Joe Biden came into office saying that getting back into the accord and getting Iran’s nuclear program back under international restrictions was a priority. But Iran and the United States have disagreed over Iran’s demands that sanctions be lifted first, and that deadlock has threatened to become an early foreign policy setback for the new U.S. president.

Administration officials played down expectations for next week’s talks. State Department spokesperson Ned Price called the resumption of negotiations, scheduled for Tuesday in Vienna, “a healthy step forward.” But Price added, “These remain early days, and we don’t anticipate an immediate breakthrough as there will be difficult discussions ahead.”

“This is a first step,” Biden Iran envoy Rob Malley tweeted. He said diplomats were now “on the right path.”

Trump pulled the U.S. out of the accord in 2018, accusing Iran of continuous cheating and opting for what he called a maximum-pressure campaign of stepped-up U.S. sanctions and other tough actions. Iran responded by intensifying its enrichment of uranium and building of centrifuges in plain violation of the accord, while maintaining its insistence that its nuclear development was for civilian and not military purposes.

Israel, Saudi Arabia and other U.S. allies and strategic partners are on perpetual alert against the possibility of their top rival, Iran, attaining nuclear arms, keeping tensions up in a region where the U.S. military is present and has often intervened.

Iran’s enrichment was seen as upping the pressure for a U.S. return to the nuclear deal and a lifting of Trump’s sanctions, which included banking measures aimed at cutting off the country from the international financial system. Other Trump administration measures sanctioned Iran’s oil sales and blacklisted top government officials.

Agreement on the start of indirect talks came after the European Union helped broker a virtual meeting of officials from Britain, China, France, Germany, Russia and Iran, all of which have remained in the accord, known as the Joint Comprehensive Plan of Action.

Price said next week’s talks will be structured around working groups that the European Union was forming with the remaining participants in the accord, including Iran.

The United States, like Iran, said it did not anticipate direct talks between the two nations now. Price said the United States remains open to that idea, however.

In a tweet, Iranian Foreign Minister Javad Zarif said the aim of the Vienna session would be to “rapidly finalize sanction-lifting & nuclear measures for choreographed removal of all sanctions, followed by Iran ceasing remedial measures.”

Iranian state television quoted Abbas Araghchi, Iran’s nuclear negotiator at the virtual meeting, as saying during Friday’s discussions that any “return by the U.S. to the nuclear deal does not require any negotiation and the path is quite clear.”

“The U.S. can return to the deal and stop breaching the law in the same way it withdrew from the deal and imposed illegal sanctions on Iran,” Araghchi was quoted as as saying.

Russia’s ambassador to international organizations in Vienna, Mikhail Ulyanov, said “the impression is that we are on the right track, but the way ahead will not be easy and will require intensive efforts. The stakeholders seem to be ready for that.”

US Supreme Court bars suit against Facebook under anti-robocall law