Inam turned the game’s result in last 15 seconds of the final bout when he bounced back and took his opponent down to bag five important points to win the fight with score of 5-2.

Earlier, he got an easy win against his opponent Pedro Jacinto Garcia Perez of Spain by 3-0 in the semifinal.

The 30-year-old was the only Pakistan’s participant among 1237 athletes from 97 countries. Inam remained uneaten in 90kg weight category of wrestling competition. 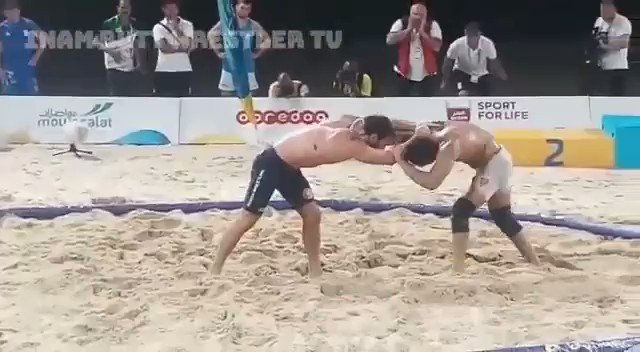 259 people are talking about this

The Gujranwala-born wrestler dedicated his victory to the people of Kashmir.