It's a mouthwatering prospect but for it to actualise, both teams have the semifinal hurdle to cross The T20 World Cup semifinalists have been identified, and are not very different from what most had predicted before the tournament began.

England and New Zealand made the cut from one group, India and Pakistan from the second, after several upsets, and high drama in the Super 12 over the past fortnight.

Defending champions Australia became a casualty in Group 1, they had some ill luck with the weather.

But truth be told, they hardly looked a champion side. The first match defeat to New Zealand put them on the backfoot. Failure to give the Net Run Rate a boost in two successive matches because of poor planning saw them crash out.

Suspense over which teams will qualify from Group 2 did not reach the crescendo it did in Group 1. But Sunday’s matches in this cluster produced perhaps the biggest shock of the tournament, Netherlands beating South Africa and creating an alley for Pakistan to find a way into the semis against all odds.

The cricket world is now humming with the possibility of a final between India and Pakistan at the MCG next Sunday.

It’s a mouthwatering prospect but for it to actualise, both teams have the semifinal hurdle to cross. New Zealand and England stand in the path of a grandstand finale!

Five reasons why Pakistan can win this T20 World Cup 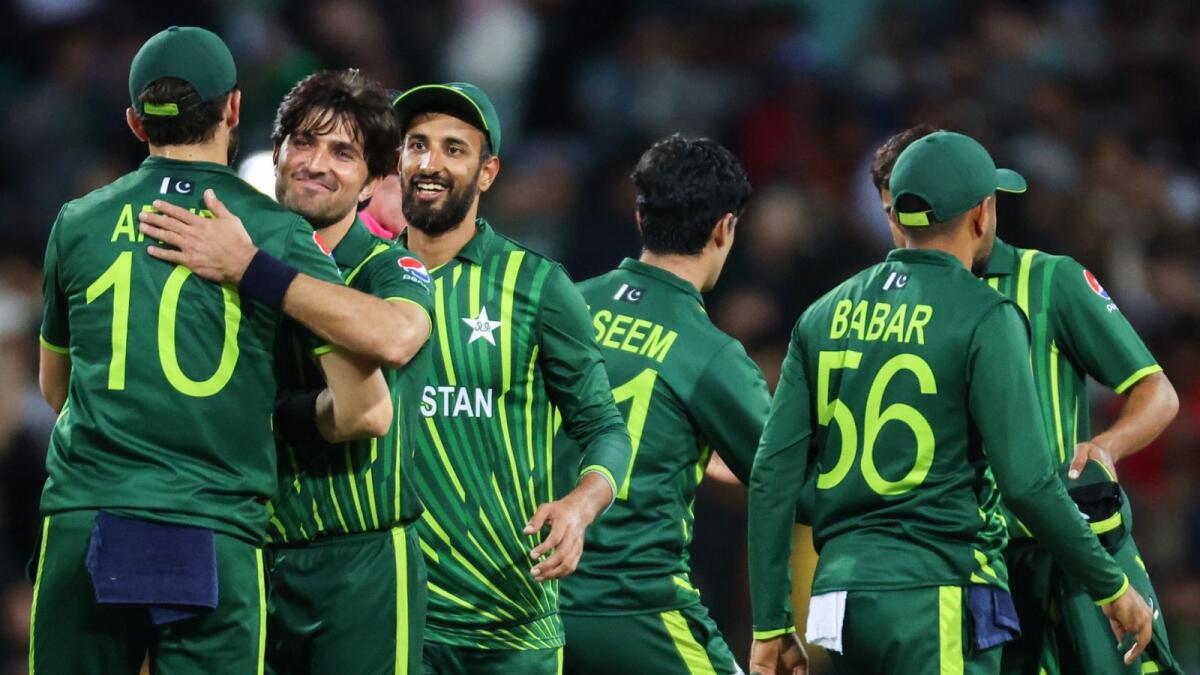 Pakistan have bounced back from their two defeats at the start of the tournament to reach the semifinals of the ICC T20 World Cup, albeit with a helping hand from the Netherlands.

The Dutch pulled off a shock win over South Africa on Sunday, knocking the Proteas out of the tournament Down Under and giving Pakistan a lifeline.

Pakistan capitalised on that by taming the Bangla Tigers to reach the semifinals.

There is a never a dull moment in Pakistan cricket and the World Cup needed these bunch of mavericks at the knockout stage following the early exit of hosts Australia.

Now that they have reached the last four against all odds, Pakistan will fancy their chances of going all the way.

And they will go into Wednesday’s semifinal against New Zealand with a slight edge.

Here are the five reasons why Pakistan have a big chance of winning the tournament in Australia.

Few bowlers have been as ruthlessly brilliant in the last three years as the Pakistani left-arm pacer. The lanky Shaheen has pace, swing, bounce and a deadly yorker. None of these skills were on display in the first three matches of the tournament as Shaheen was struggling for rhythm following his return from a long injury lay-off. But with seven wickets in the last two games against South Africa and Bangladesh, Shaheen has finally made a big impact. Whether it’s New Zealand or the winner of the other semifinal between India and England, the batting units will have the jitters seeing Shaheen running in at full throttle.

Shadab Khan (52 off 22 balls and 2/16) played the game of his life in the make-or-break match against South Africa. Having walked in at 95 for five with Pakistan in big trouble, Shadab launched a brutal counter-attack on the fearsome South African bowling attack, making a mockery of their line and length and field placements. Then he tormented the Proteas with his leg-spin. Pakistan also have Iftikhar Ahmed, who had given a big boost to their middle-order with his fearless batting. Mohammad Nawaz, the other all-rounder, hasn’t really fired in Australia, but the Pakistan think tank has great faith in his ability.

Momentum is with Pakistan

The team that bounces back from a poor start in a big tournament always tends to carry the momentum well into the business end. Pakistan will clearly feel confident about their game, having won three games in a row to keep their hopes alive for their second T20 World Cup title. They have done it in the past, first at the 1992 World Cup when Imran Khan’s ‘Cornered Tigers’ famously won the title against all odds, having endured a nightmarish start to their campaign. Then in the 2017 ICC Champions Trophy final when they lost meekly to India in the opener before bouncing back and beating their arch-rivals in the final. Can they do it one more time? Not impossible for a team brimming with talent.

Of course, before dreaming of a final date with either India or England at the iconic Melbourne Cricket Ground, Pakistan will have to deal with New Zealand in the first semifinal of the tournament in Sydney. New Zealand will go into the last four battle with a highly impressive record in ICC events. The Kiwis, a team devoid of superstars, always punch above their weight in the biggest tournaments. But on paper, Pakistan clearly have the more talented team with a fearsome battery of fast bowlers and a good batting line-up. But it’s their emphatic victory over New Zealand in the tri-series final at Christchurch last month that will give Babar Azam’s team the psychological edge.

Pakistan captain Babar Azam will go into the crunch semifinal against New Zealand with just 39 runs from five matches in the tournament. Babar’s poor returns with the bat has added to his captaincy woes. But Babar will look no further than Virat Kohli, one of his biggest idols, for inspiration. The Indian batting superstar silenced the critics with a string of magical performances following a long battle for big runs. Babar is a batsman with a classical style who can rival Kohli for the purity of shots. The Pakistan captain needs just one big knock to regain his touch. Now with his team in the ascendancy, Babar will fancy his chances on the Sydney track against the Kiwis. For Pakistan to have a shot at glory, their captain needs to lead from the front. He is too good a batsman to fail too often.