The area has two zones – the family-friendly Jubilee Park and a deluxe experience at Al Wasl – and aims to celebrate the sport during the tournament, which runs from Novmeber 20 to December 18. 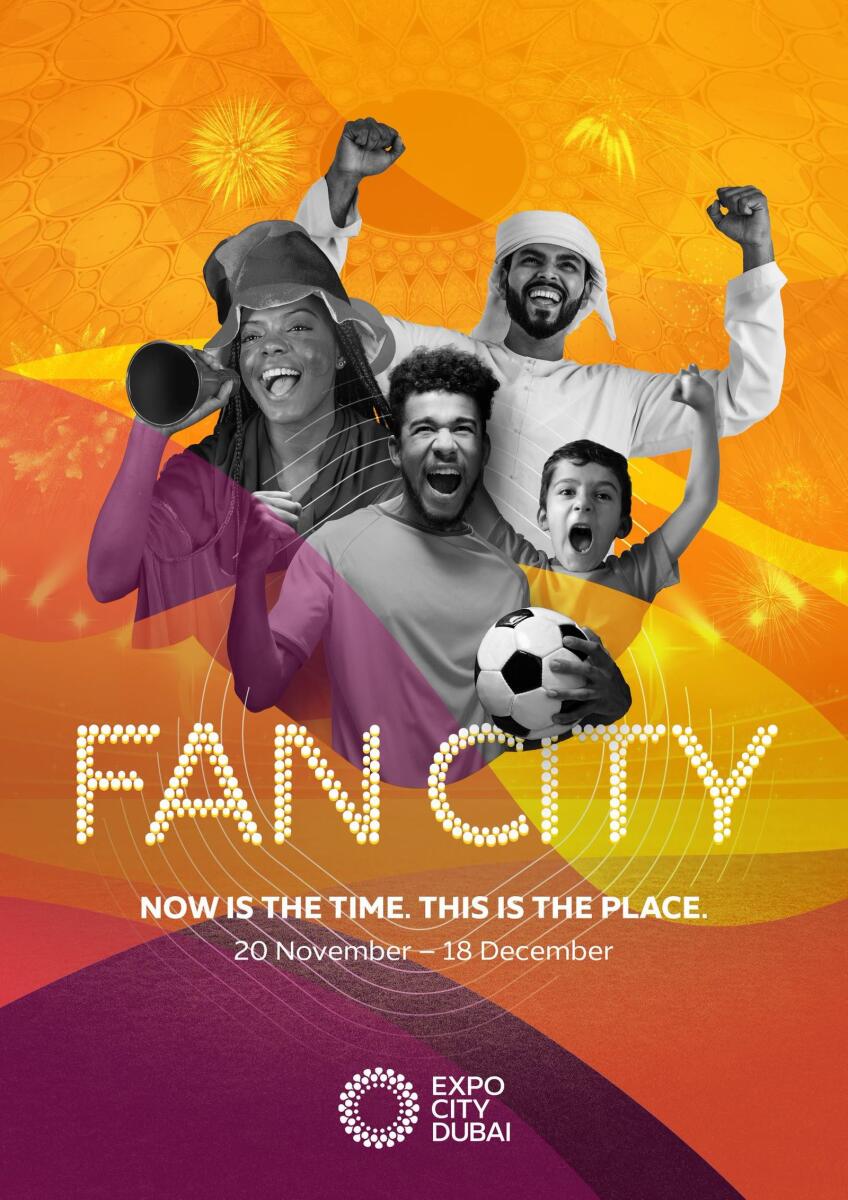 Jubilee Park will be opened to fans and visitors just as the Fifa World Cup kicks off on Sunday, November 20. The park boasts jumbo screens and entertainment that will keep the electric atmosphere surrounding the tournament alive. The activities and attractions include table-top games, agility courses, foot volley courts, penalty kick activations, face-painting, and DJ’s spinning decks during half-time.

The zone can host up to 10,000 visitors and will feature bean bags and diverse food trucks. There will also be a licensed area for visitors of a legal drinking age, led by Budweiser, Official Beer of the Fifa World Cup, and a shisha lounge.

A VIP guest experience awaits visitors at the Al Wasl dome, where four super-sized screens will broadcast the matches live, augmented by in-game graphics projected on the dome, starting from Saturday, December 3.

The audience can enjoy matches with team anthems, a flag-raising ceremony, and pre- and post-game entertainment.

Al Wasl will be open from 6pm to 9.30pm and 10pm to 1.30pm. Ticket-holders for the early game can enjoy complimentary access to Jubilee Park afterwards.

General admission to Fan City starts at Dh30, and is free for children aged 12 and under. VIP and hospitality packages are also available. Tickets will be available soon from Platinumlist.