Several new activities and surprises are among 4,000 events planned throughout the festival, which will run until March 18, 2023 There are several new activities and surprises among 4,000 events planned throughout the 120 days of the festival which will run until March 18, 2023.

More than 27 countries with over 20,000 participants are set to feature in this annual festival in Abu Dhabi’s Al Wathba, ensuring diverse performances and opportunities for cultural exchanges. There will be more than 60 restaurants serving food and beverage.

Ahead of the opening, Sheikh Sultan bin Hamdan Al Nahyan, Adviser to His Highness the President, has completed an inspection tour of the Festival. 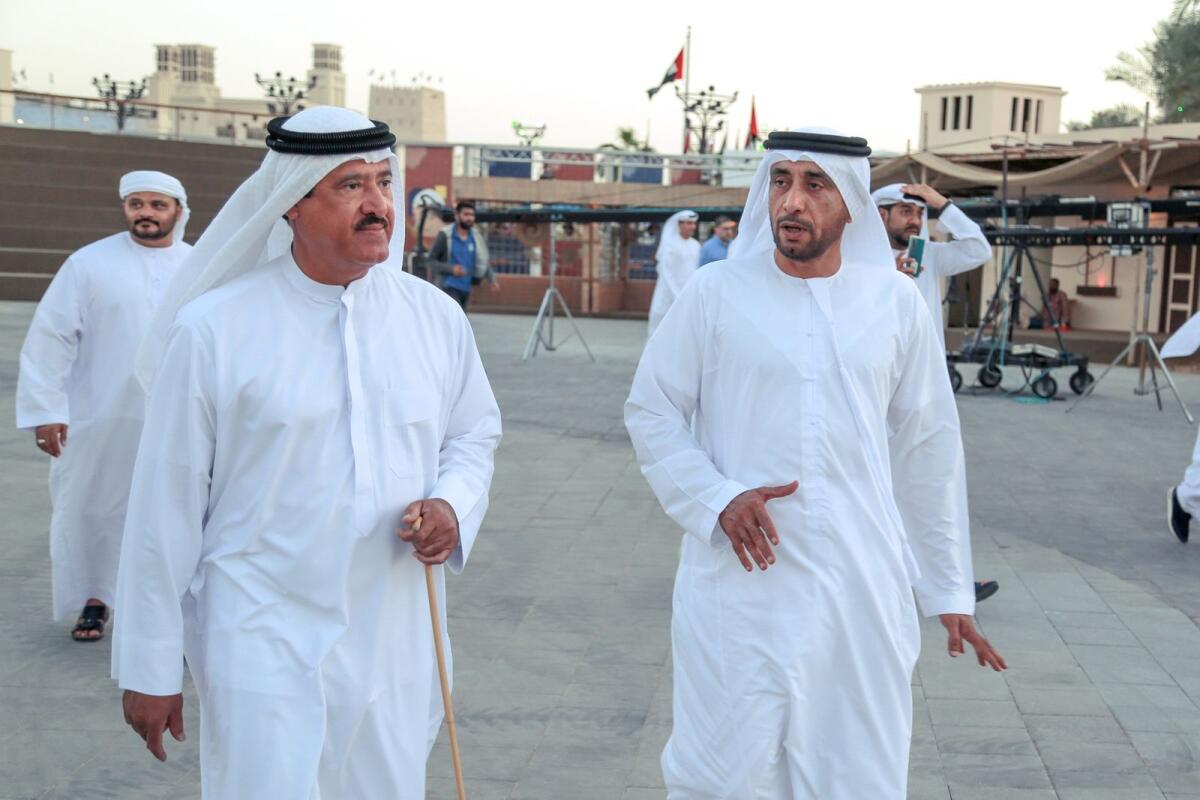 Here’re all the details you need to know about the Festival:

There will be a drone show themed: ‘Hayakum’ or ‘Welcome’, and a spectacular fireworks display, among many other features. Apart from the opening day, drone shows will be held on December 2 (National Day) and December 31 (New Year’s Eve). Firework displays, fountain shows, laser and hologram shows will be held on Saturday. There will be special shows on National Day and December 31. 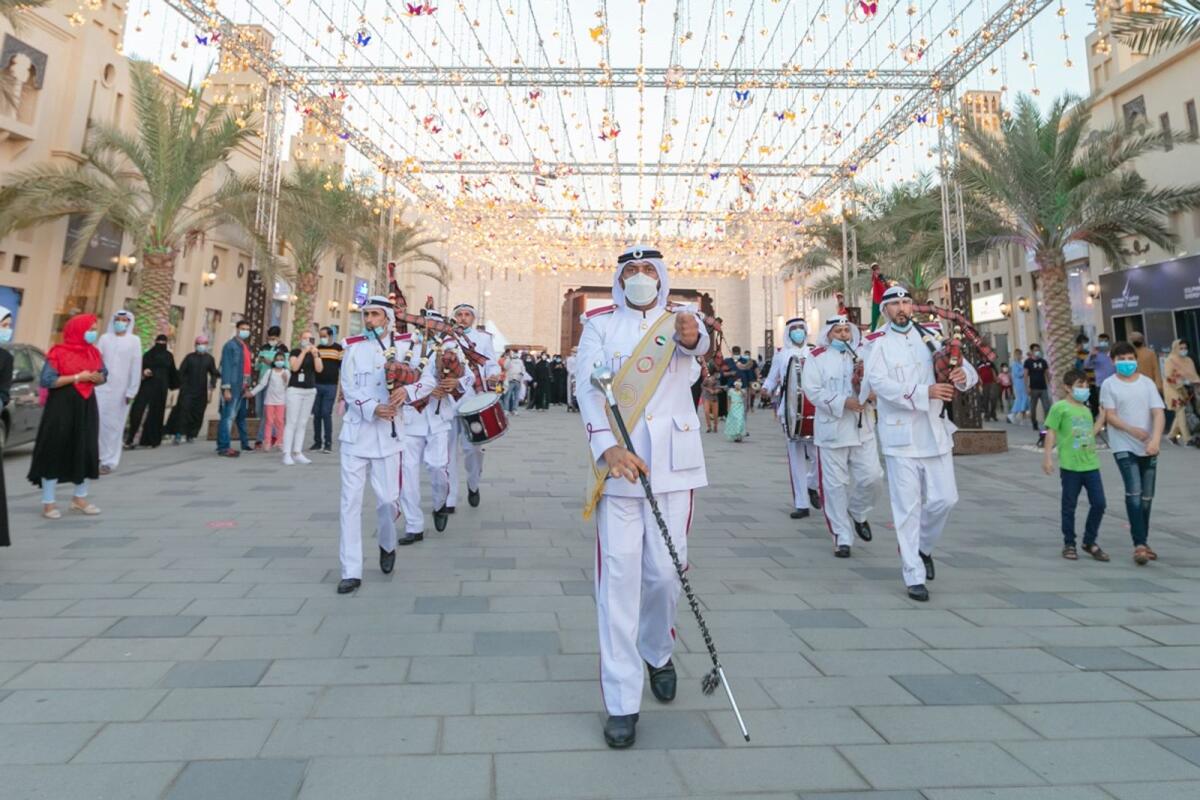 With the biggest sporting extravaganza starting this Sunday, there will be several screens across the festival ground for visitors to watch the live broadcast of FIFA World Cup matches.

The pavilions highlight the customs and traditions of the people of the UAE, and the role of the Late Sheikh Zayed bin Sultan Al Nahyan, the Founding Father, in the establishment of the UAE as a nation, which is reflected on multiple pavilion including UAE District, Memory of the Nation, Humanitarian Endeavors Exhibitions, Traditional Customs Exhibition, Agricultural Oasis Exhibition, Camel Exhibition and Saluki Exhibition. 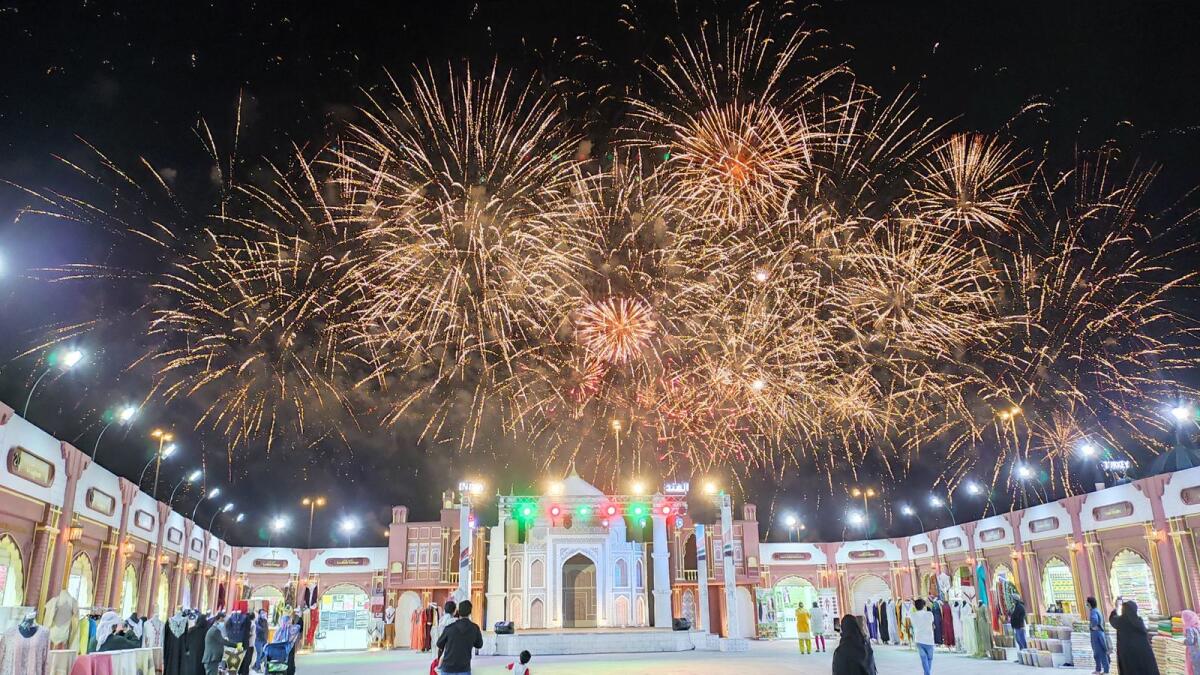 More than 27 countries representing different cultures and civilisations from around the world are participating. There will be daily folklore performances, and visitors can take part in the world civilisations parade. Some countries and pavilions are joining the Festival for the first time. 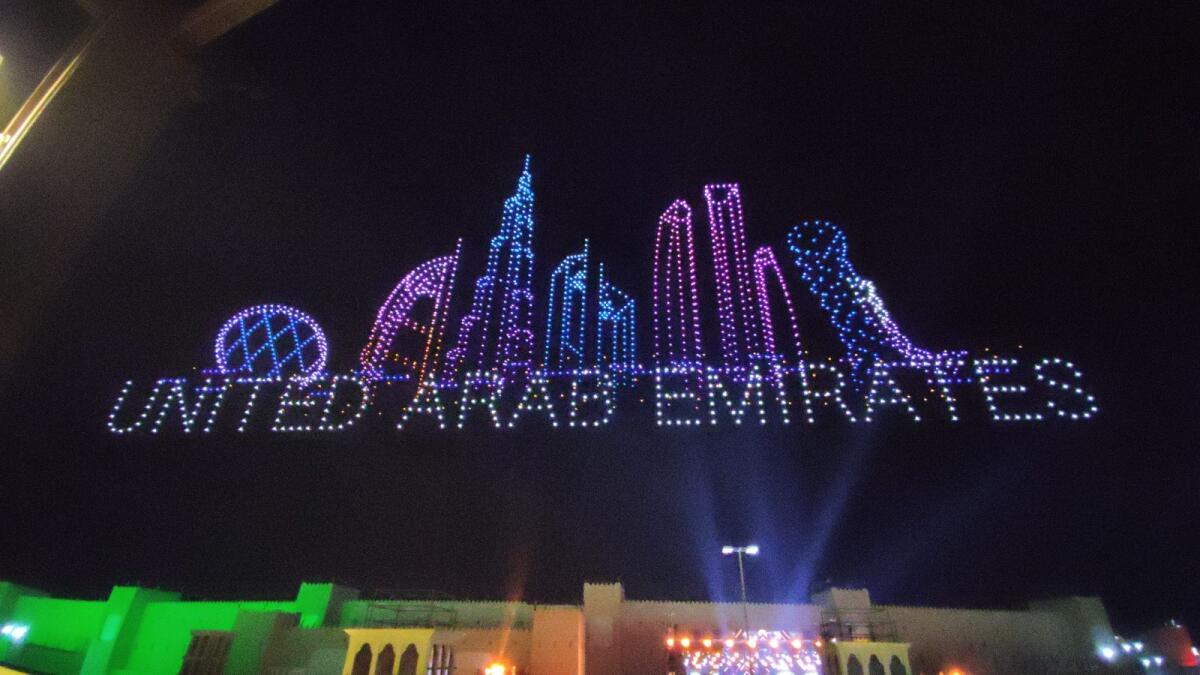 The Festival features several dining areas with a wide range of restaurants offering food and snacking stations for everyone’s enjoyment. There are more than 60 gastronomic selections spread across numerous areas, including food trucks, kiosks, pavilion restaurants, Souk Al Wathba restaurants and the Art District restaurants, that serve a selection of delicious food choices and beverages from all over the world.

From 3pm until 10pm, eight buses will operate from Monday to Thursday and 10 buses from Friday to Sunday at a frequency of 30 minutes. Starting from the central bus station, a service will cover the Co-Operative Society Supermarket in Rabdan, Baniyas Court parking lot and finally to the festival venue in Al Wathba.

The festival will welcome visitors from 4 pm until midnight, including weekends.