Hot peppers, marble slabs, shampoo bottles, plastic lemons and fish heads – here’s a list of the creative ways criminals have tried to smuggle narcotics into the UAE in recent times and failed. 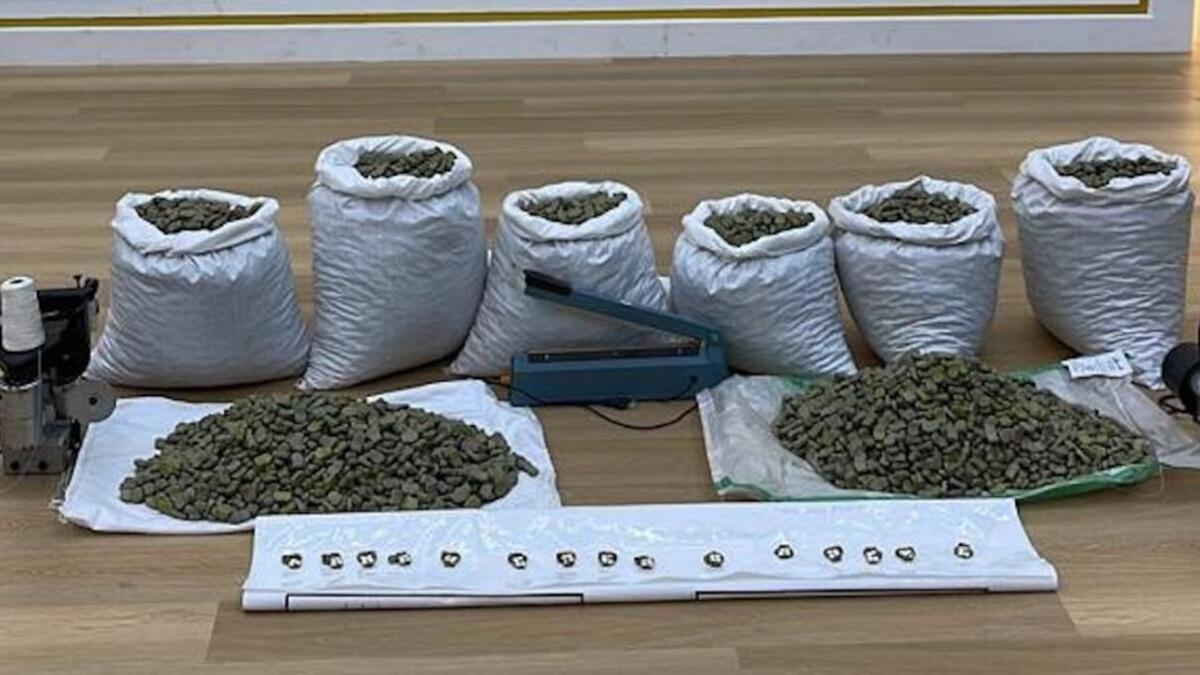 Acting on a tip-off, the police raided a warehouse where they found 280 packaging bags filled with a mixture of natural and plastic broad beans stuffed with narcotics.

The ‘exceptional operation’ required meticulous surveillance and the deployment of a K9 unit which discovered the narcotics stuffed in plastic food.

2. Car air-filters prove to be a no-starter

A couple of months back, an air-bound passenger from Africa tried to smuggle 3.7 kilograms of marijuana hidden inside car air filters. But the plan proved to be a non-starter. It sputtered out after an X-ray by custom officials at Dubai International Airport revealed an “abnormal density” in the auto spare parts. Needless to say, the suspects were not spared. 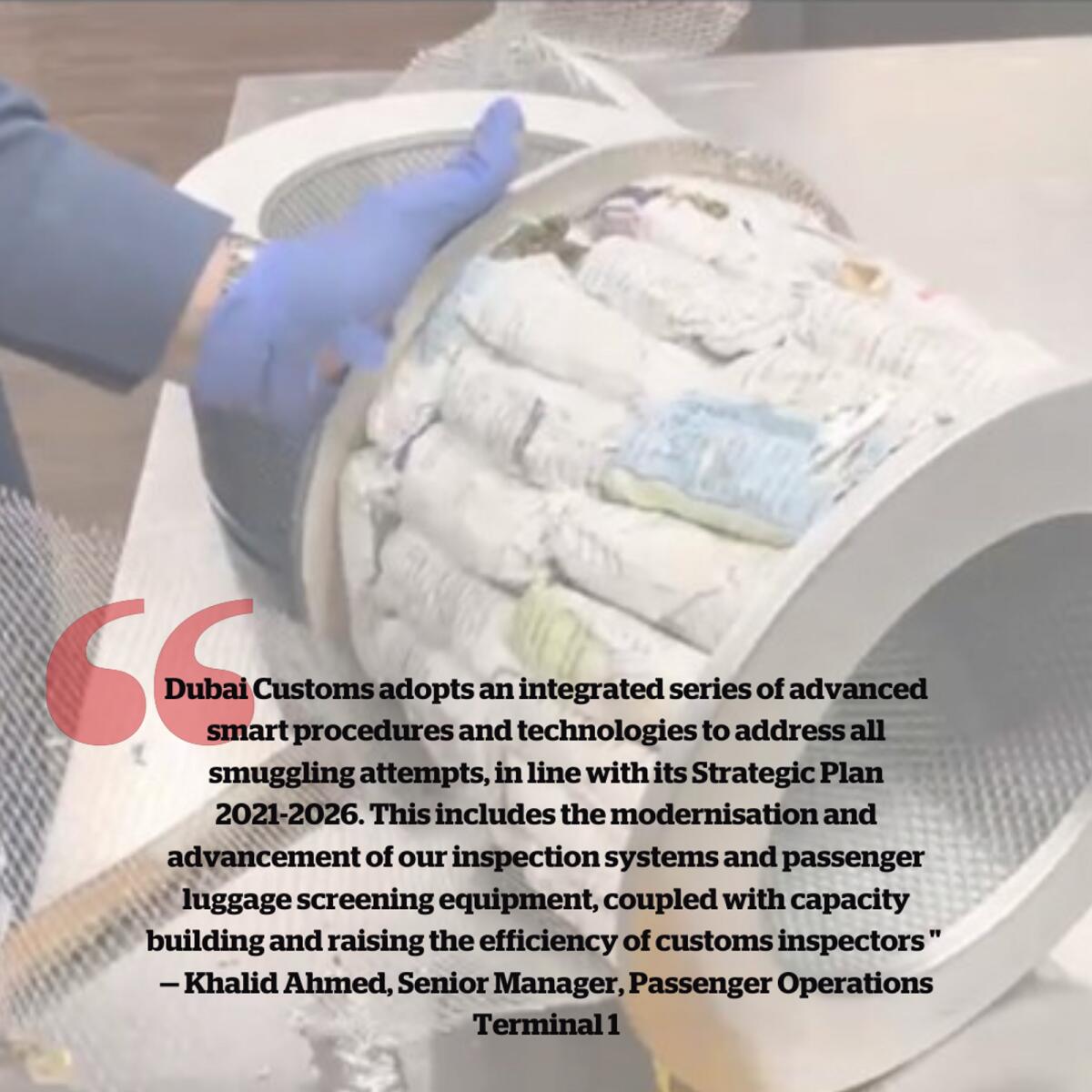 3. More power to the cops

Criminals use inventive ways to sneak drugs into the country. However, local authorities work just as tirelessly to stop this from happening. In April this year, Dubai Police foiled an attempt to smuggle 1,056 kilograms of crystal meth worth Dh68.7 million into the UAE. The contraband was concealed in 264 solar panels. The police operation, aptly dubbed Panels, also led to the arrest of 10 suspects. 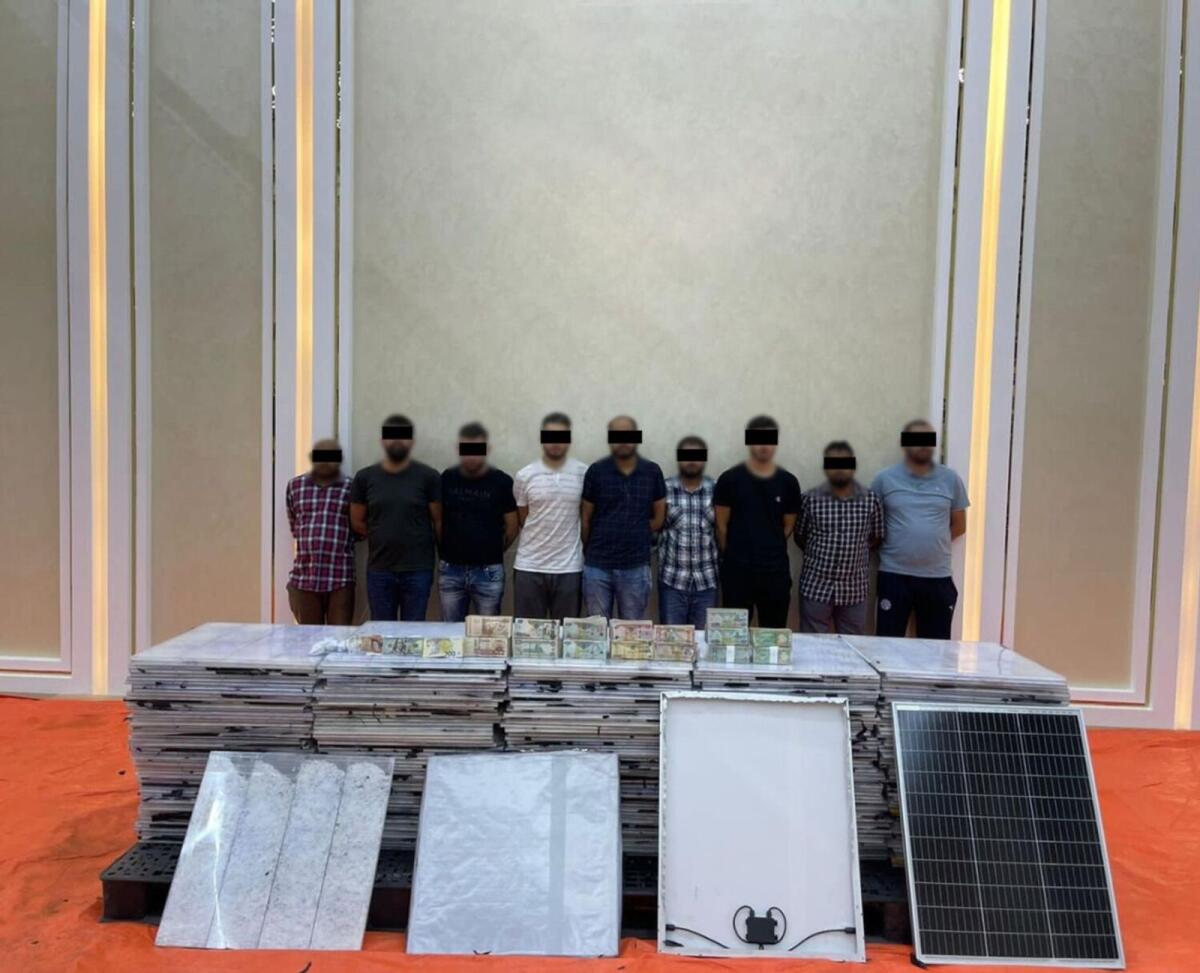 Dubai Police later released a video showing how they trailed the suspects as they collected the illegal cargo from a warehouse and moved it to another location.

A drug trafficker thought he could drive into the UAE with bags full of hashish. But Ras Al Khaimah custom officials posted at the Al Darah border crossing with Oman put the brakes on that plan. 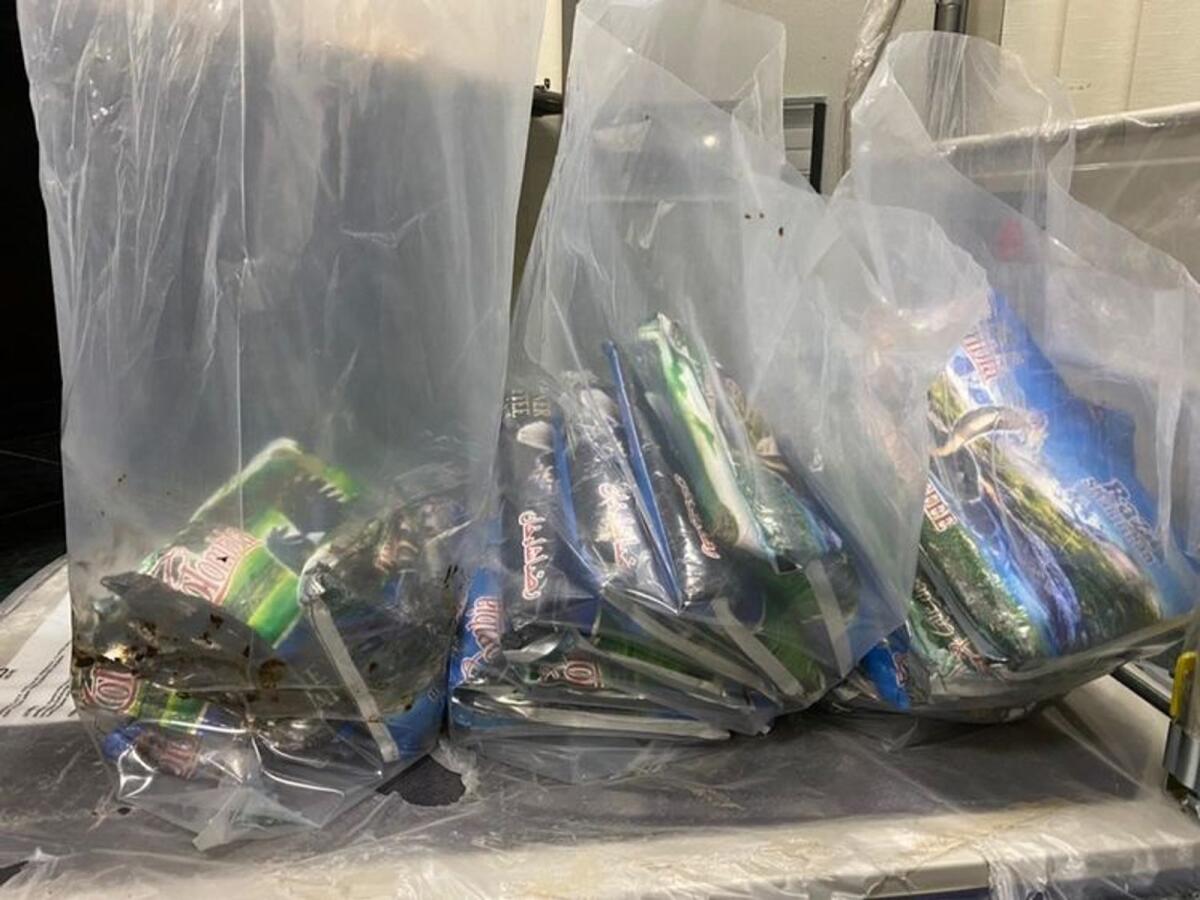 The man’s suspicious behaviour prompted custom officials to search his car. Inside the boot, they found a spare tyre that felt heavier than normal. It didn’t take authorities long to figure out why. It concealed 28 plastic bags containing around 24 kilograms of hashish. The drug bust took place in July this year.

Hiding drugs in lemons might be a bizarre idea, but not for these four Arab men. They tried to smuggle Dh58 million worth of Captagon pills disguised as lemons. The banned stimulant was hidden in a refrigerated container which had 3,840 boxes of lemons. 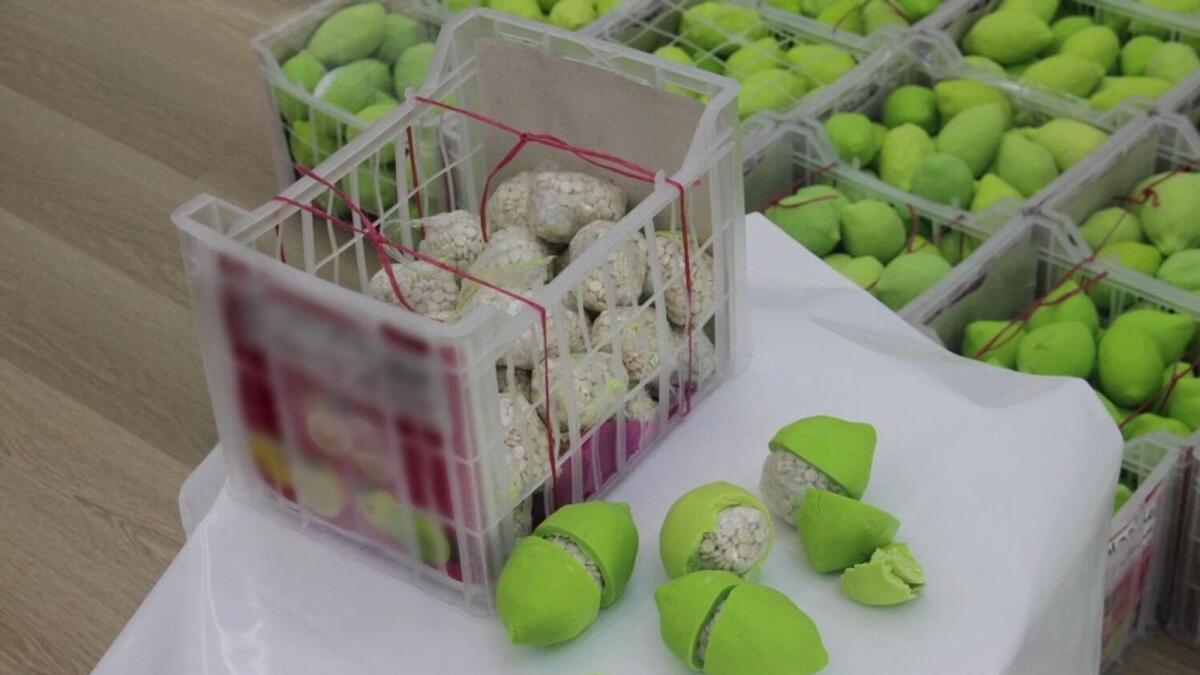 Of them, 66 had fake lemons containing 1,160,500 Captagon pills. Before the contraband could be moved elsewhere, police seized the shipment and arrested the suspects. The police operation was aptly called 66 and, as the four smugglers caught in the raid will agree, it was very fruitful.

Here’s another laborious effort that sparkles with creativity. Who would hollow out concrete slabs to hide drugs? In May this year, four drug traffickers did just that. 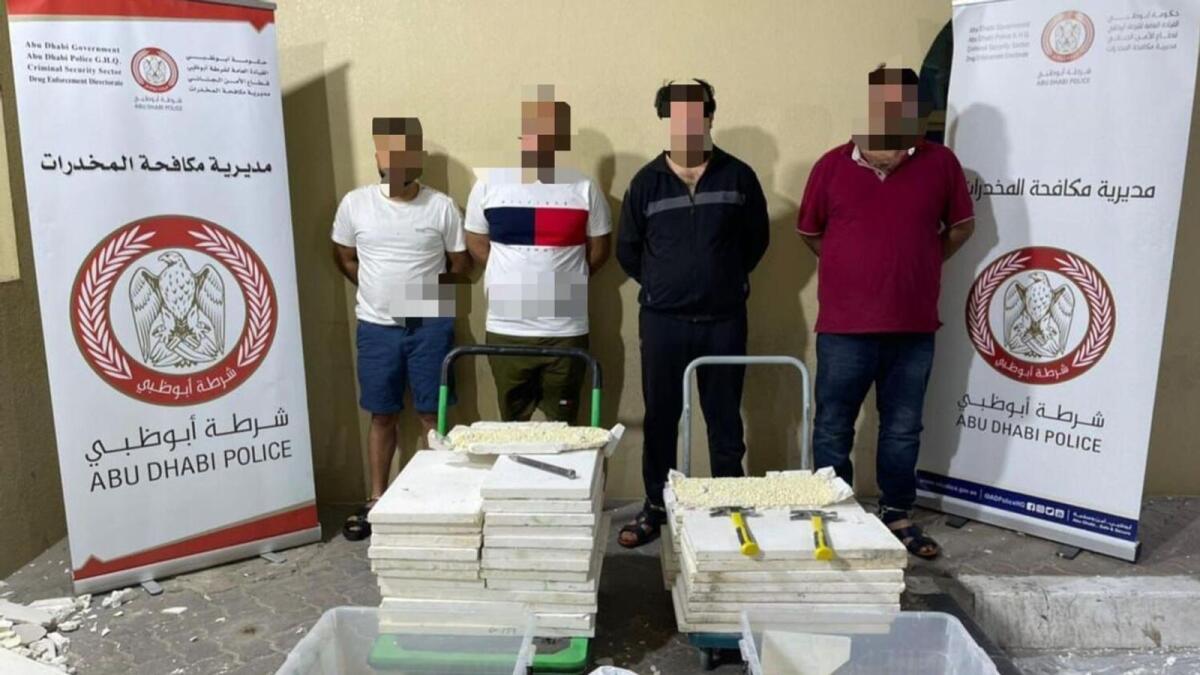 They tried to smuggle 600,000 Captagon pills concealed inside marble slabs. But Abu Dhabi police got a whiff of the plan and busted them in an operation called Poison Stones.

This was gutsy but was totally out of line. You can’t get away by smuggling drugs concealed in fish guts. Before long, Abu Dhabi police smelt something fishy and cracked down on the traffickers. The bust, which took place in March this year, yielded 38 kilograms of crystal meth. 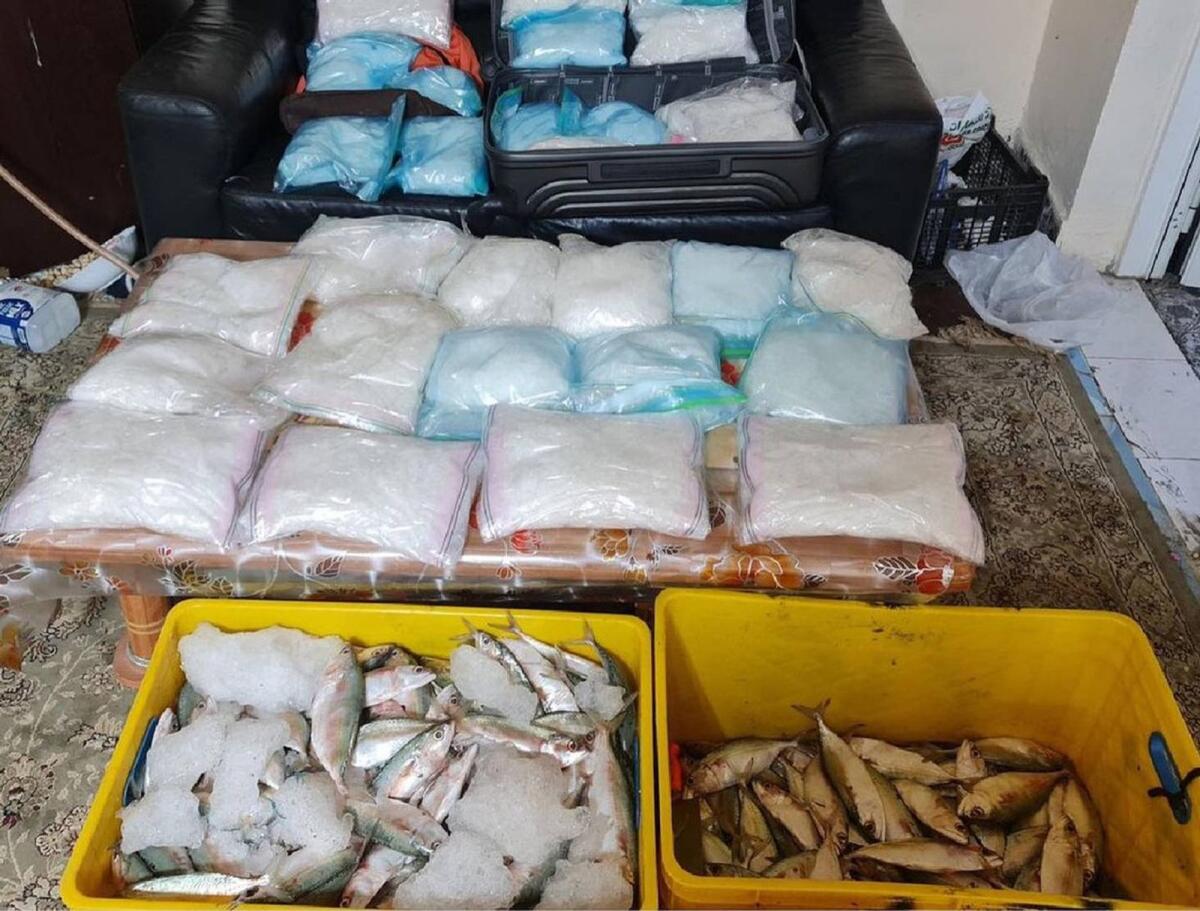 Abu Dhabi Police said the three Asian suspects used random promotional messages on WhatsApp to sell the drugs and were ‘surprised’ when their modus operandi was uncovered.

A woman arriving at Dubai International Airport from a Latin American country got into a lather when custom officials flagged her luggage after an X-ray spotted an abnormal density in her suitcase.

It was found to contain a number of shampoo bottles which had been packed with nearly 2.5 kilograms of cocaine. 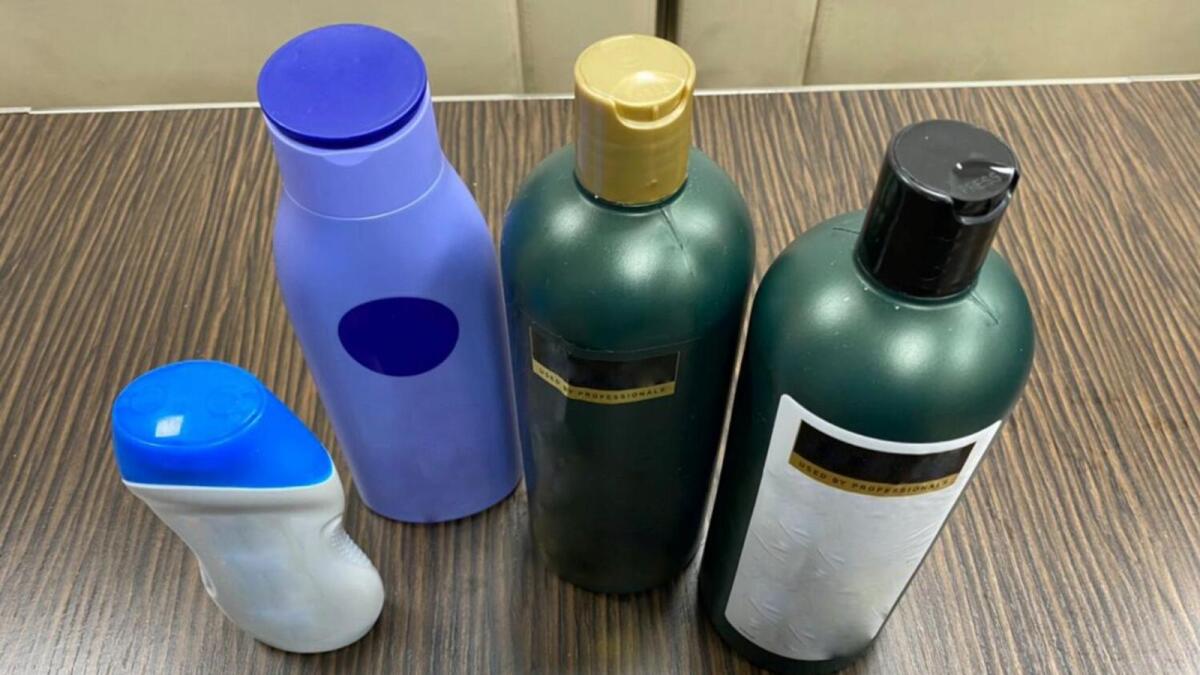 Custom officials discovered another 3.2 kilograms hidden inside a secret lining in her suitcase.

Sneaking banned substances under the nose of authorities is fraught with risks. Who would know this better than a detainee in Dubai Central Jail? He tried to smuggle drug-soaked paper clips into the prison inside his underwear but got caught during a routine body search. 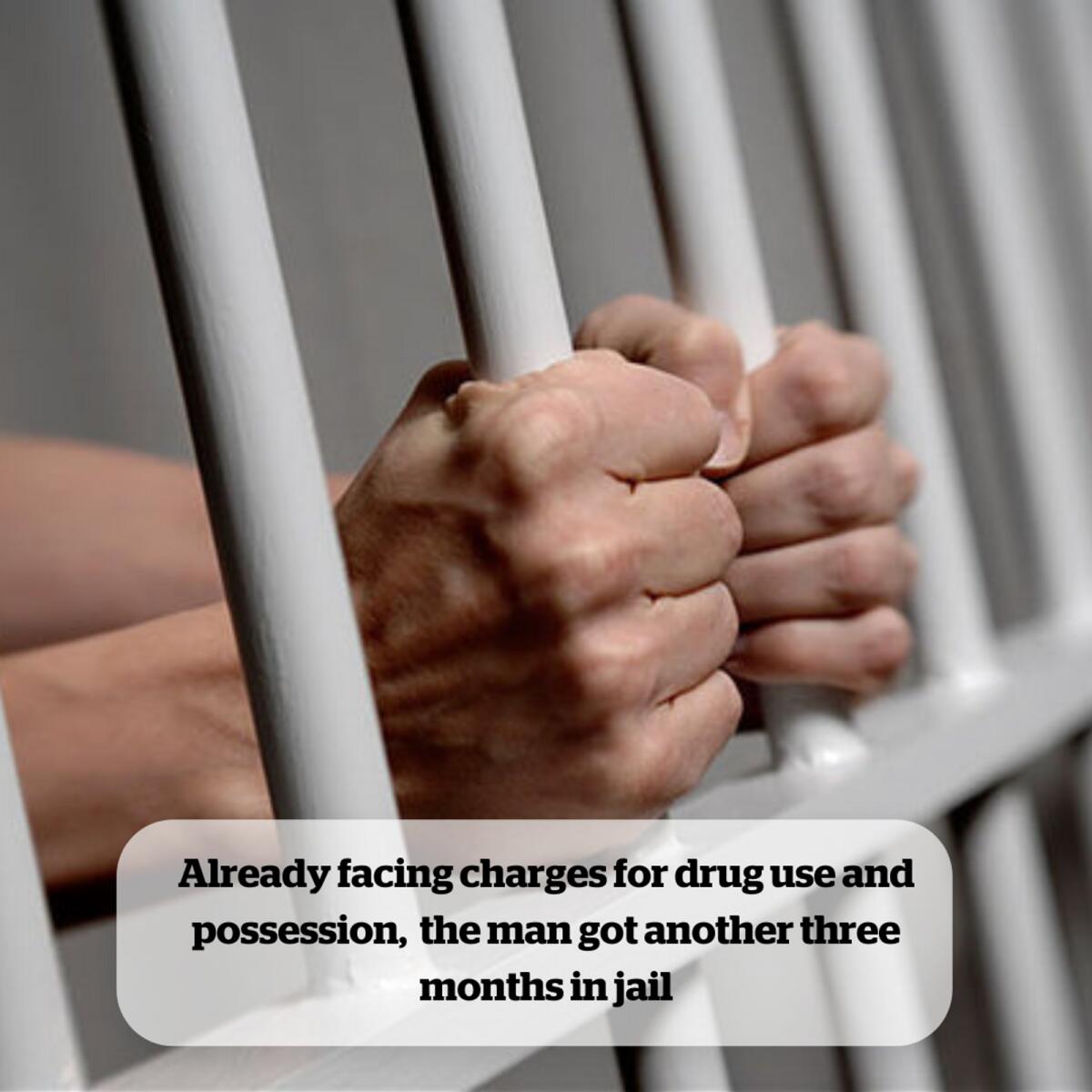 Customs officials at Dubai International Airport use advanced technology and their instincts to outsmart drug traffickers. So when they found this African passenger behaving suspiciously, they asked him to unpack his luggage. It contained 42 kilograms of marijuana hidden inside bags of dried hot peppers. 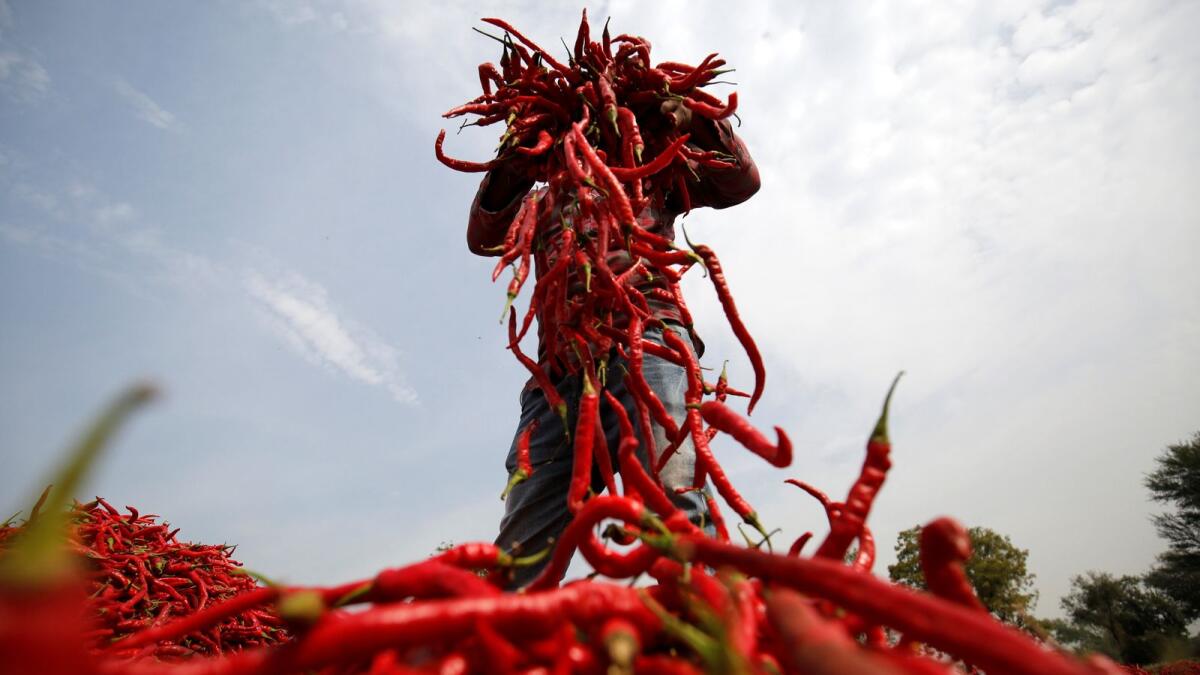