With the Apple Watch Series 7 being crowned the best-selling smartwatch worldwide, Series 8 will feature the special design of the Apple Watch, including a large, always-on retina display and a solid crack-resistant front crystal.

Meanwhile, the new Apple Watch SE delivers the core Apple Watch experience, including activity tracking, high and low heart rate notifications, emergency SOS, and a completely redesigned back case that perfectly matches the three classic case finishes: all at a price of Dh 999.

Both models are powered by watchOS 9, introducing new and more customisable watch faces like Lunar and Metropolitan, an enhanced Workout app, sleep stages, a first-of-its-kind AFib History feature, and an all-new Medications app. 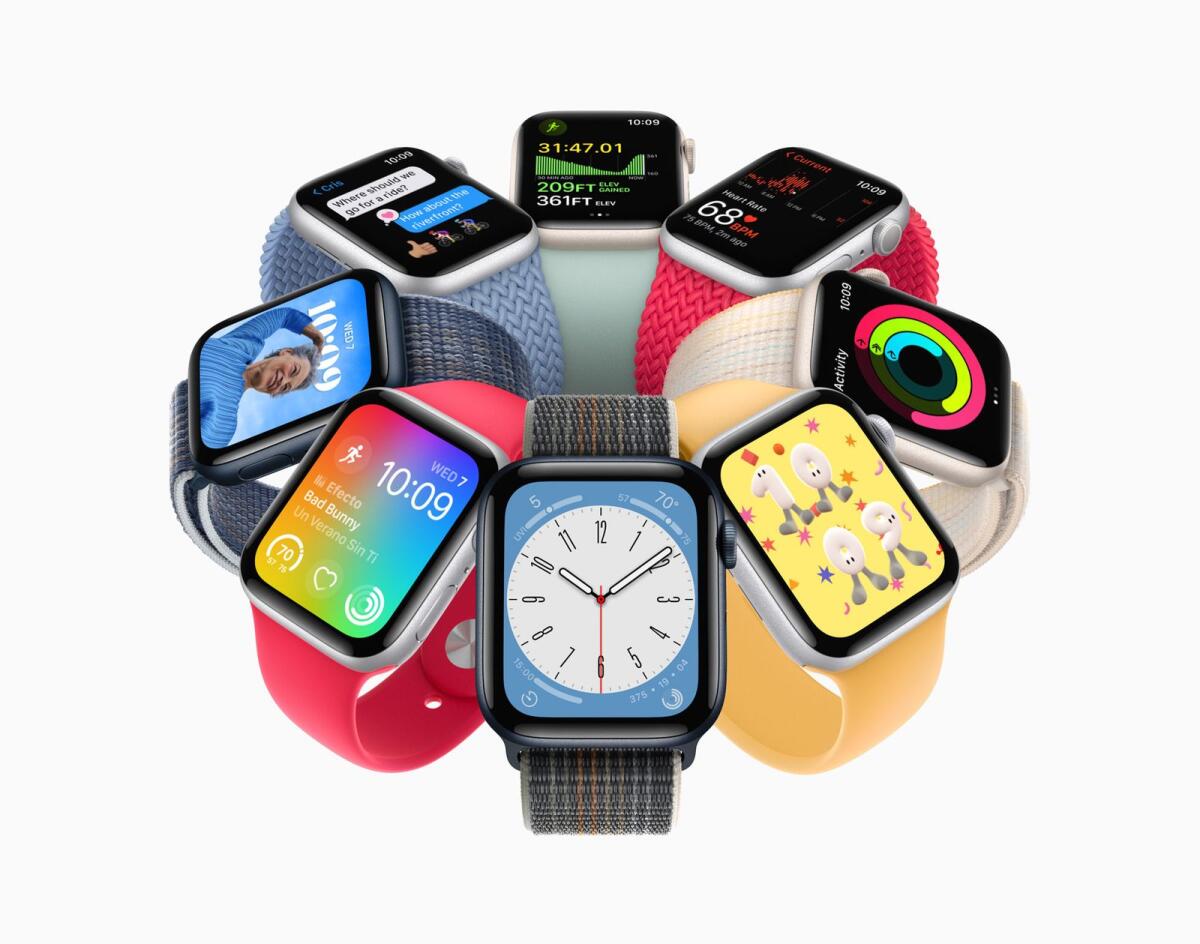 “We hear from customers how the Apple Watch helps them stay connected with loved ones, be more active, and live healthier lives,” said Jeff Williams, Apple’s chief operating officer.

He added, “Apple Watch Series 8 reinforces our commitment in areas with the addition of pioneering technology, while Apple Watch SE brings advanced core features at a new starting price. The smartwatches are powered by watchOS 9, delivering more capabilities than ever.”

Here are some impressive specs on Watch Series 8 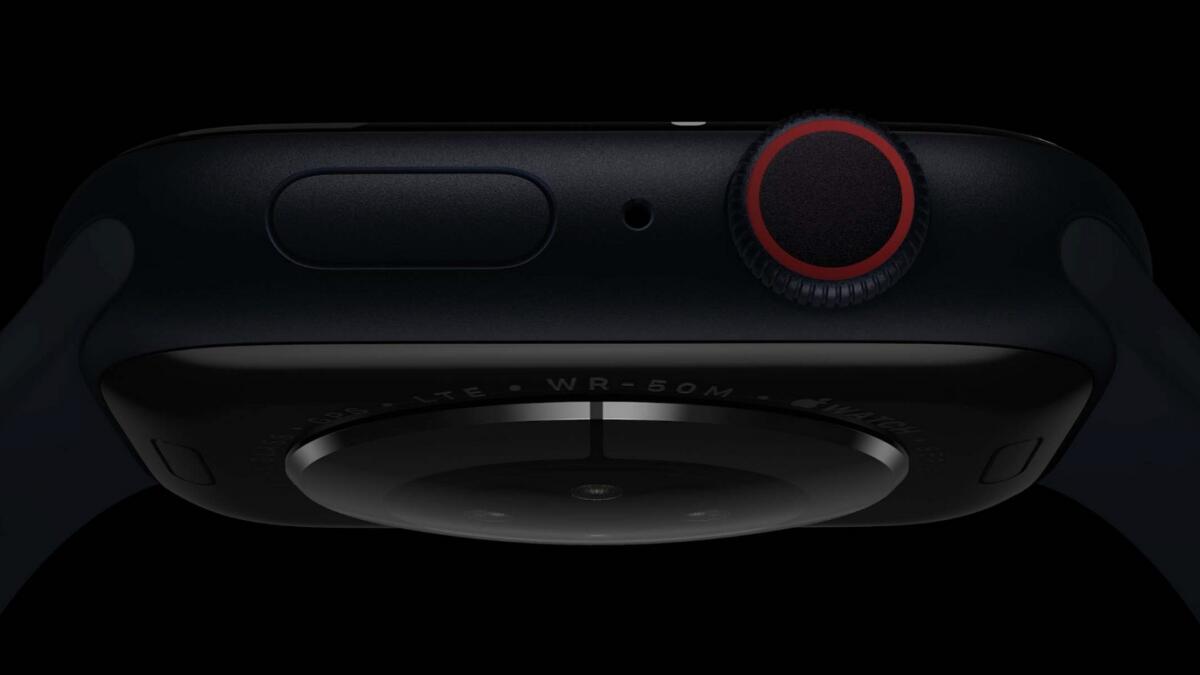 An advanced sensor-fusion algorithm leverages a new, more powerful gyroscope and accelerometer on the Apple Watch. It now has the highest dynamic range accelerometer in any smartwatch.

To create the algorithm, data was collected from these new motion sensors at professional crash test labs with ordinary passenger cars in simulated real-world accidents, including head-on, rear-end, side-impact, and rollovers.

In addition to motion data, Crash Detection uses the barometre, GPS, and the microphone on the iPhone as inputs to detect the unique patterns that can indicate whether a severe crash has taken place. 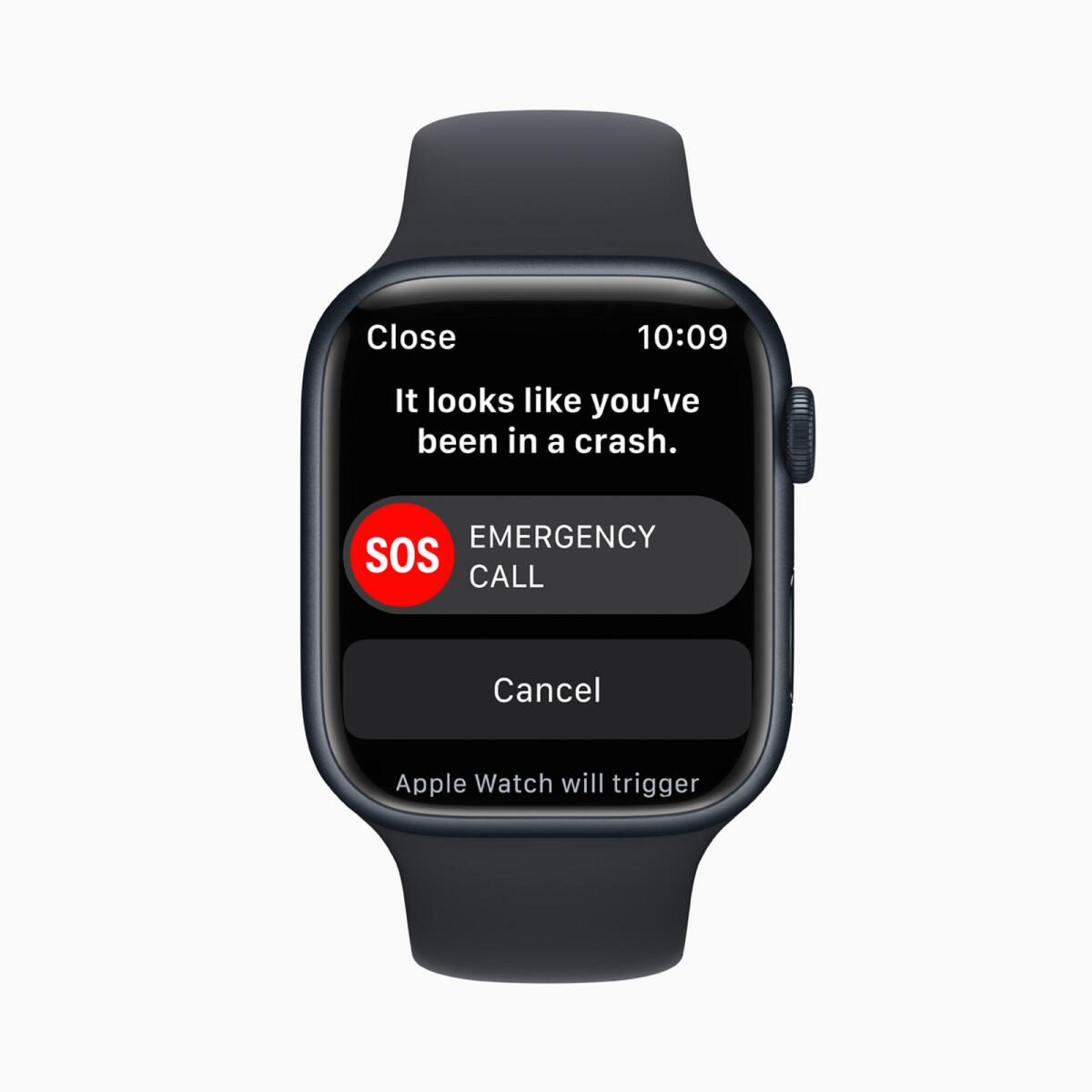 When the Apple Watch detects a severe car crash, the device will check in with the user and dial emergency services if they are unresponsive after a 10-second countdown. Emergency responders will receive the user’s device location, which is also shared with the user’s emergency contacts.

When combined, Crash Detection on Apple Watch and iPhone work seamlessly to get users help efficiently. When a severe car crash is detected, the emergency services call interface will appear on Apple Watch, as it is most likely closer to the user. In contrast, the call is placed through iPhone if it is within the best possible connection range.

What else to look forward to?