Islamabad would seek $2 billion additional cash deposit in addition to the rollover of the existing $3 billion facility, which would mature by the end of this During his stay in Riyadh, the Prime Minister will also hold consultations with Saudi Crown Prince to review the longstanding fraternal relations and further strengthen the multifaceted cooperation, especially in economic field. 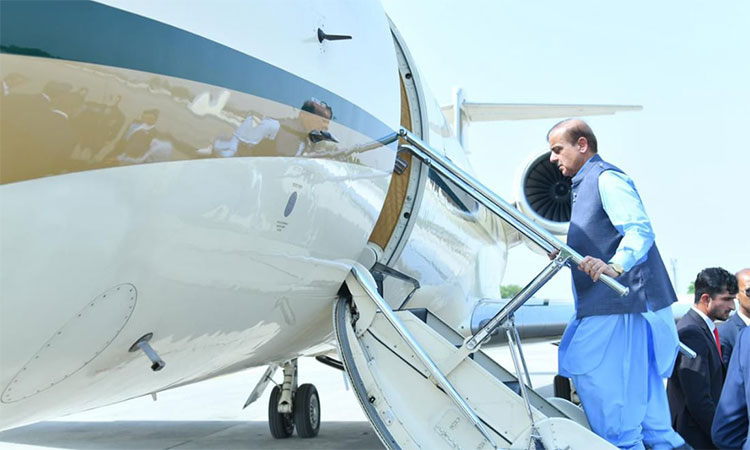 Prior to his departure, Shahbaz tweeted: “Today I am embarking on a visit to Saudi Arabia to renew & reaffirm our bonds of brotherhood & friendship.”

“I will have wide-ranging discussions with [the] Saudi leadership,” he said, calling the kingdom one of Pakistan’s “greatest friends,” and the country “has a special place in all our hearts.” 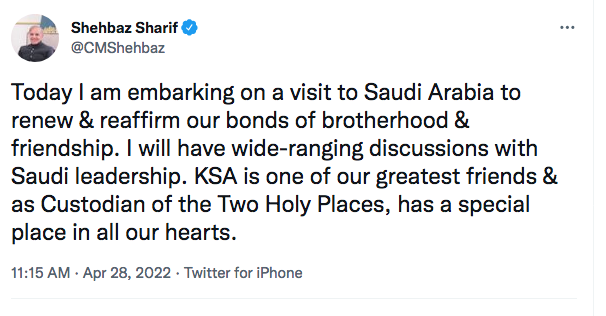 In his video message before embarking on his three-day official visit to Saudi Arabia Shahbaz said the people of Pakistan hold the Custodian of the Two Holy Mosques in the highest esteem.

He said, “we are profoundly grateful to Saudi Arabia for its consistent support to Pakistan in its difficult hour. For its part, Pakistan always stood by Saudi Arabia and will always stand shoulder to shoulder with our Saudi brethern.”

He said the visionary Saudi leadership of Crown Prince Mohammed Bin Salman has worked assiduously to achieve greater progress and prosperity for the people of Saudi Arabia.

The prime minister said he looks forward to his interactions with the Saudi leadership to review our multifaceted bilateral cooperation and to take this special relationship to new heights.

Shahbaz was sworn in earlier this month after parliament ousted his predecessor Imran Khan in a no-confidence vote. 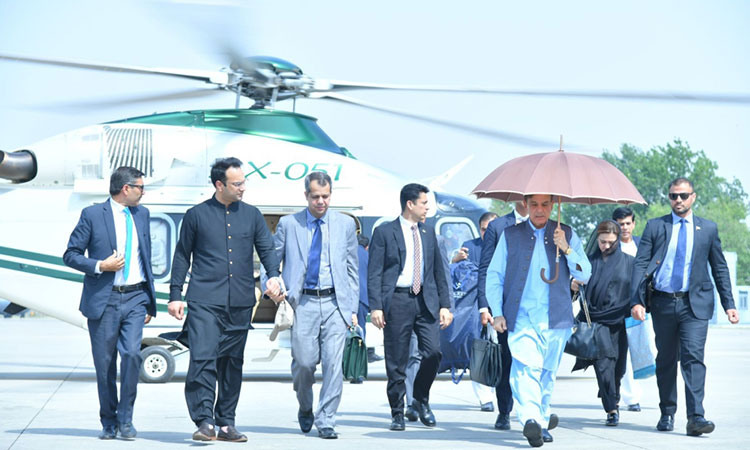 Shahbaz Sharif arrives to board a special plane for Saudi Arabia in Islamabad.

He inherited crippling national debt, galloping inflation and a feeble rupee, but has vowed to use “Pakistan speed” to hurry along development projects and jump-start an economic recovery.

He also conveyed his sincere wishes to Pakistani expatriates in the kingdom, who have always contributed enormously to the economic development of Pakistan. He said they are our key partners in further fortifying Pakistan-Saudi relations.

Talks will focus “on advancing economic, trade and investment ties and creation of greater opportunities for the Pakistani workforce in Saudi Arabia,” according to a statement from Pakistan’s foreign ministry. Saudi Arabia hosts more than two million Pakistanis, the statement said.

Shahbaz may seek a $7.4 billion financial assistance package from the kingdom in the shape of cash deposits and oil on deferred payments, including rollover of the existing $4.2 billion facilities that are expiring by the end of this year.

Senior ministry officials said that the government would seek $2 billion additional cash deposit in addition to the rollover of the existing $3 billion facility, which would mature by the end of this year.

They said this time the country was seeking the loan for a longer than one year period, in addition to relaxation in terms of the previous agreement.

In October last year, Saudi Arabia had announced giving $3 billion in cash deposit for one year and oil on deferred payment equal to $1.2 billion annually.

However, the oil facility became operational only in March this year when the country lifted $100 million equivalent oil. The request will also be made to double the oil on deferred payments limit to $2.4 billion, according to the officials.

The net additional financial assistance is $3.2 billion in the shape of cash deposits and oil on deferred payments.

The last PTI government had obtained $3 billion cash at 4 per cent interest rate and the oil on deferred payments at 3.8 per cent rate for one year, according to the terms agreed between both countries.