Revealed: Where do Dubai millionaires live?

35% of emirate's 67,900 high-net-worth individuals live in three areas, with more scattered across other localities, says survey 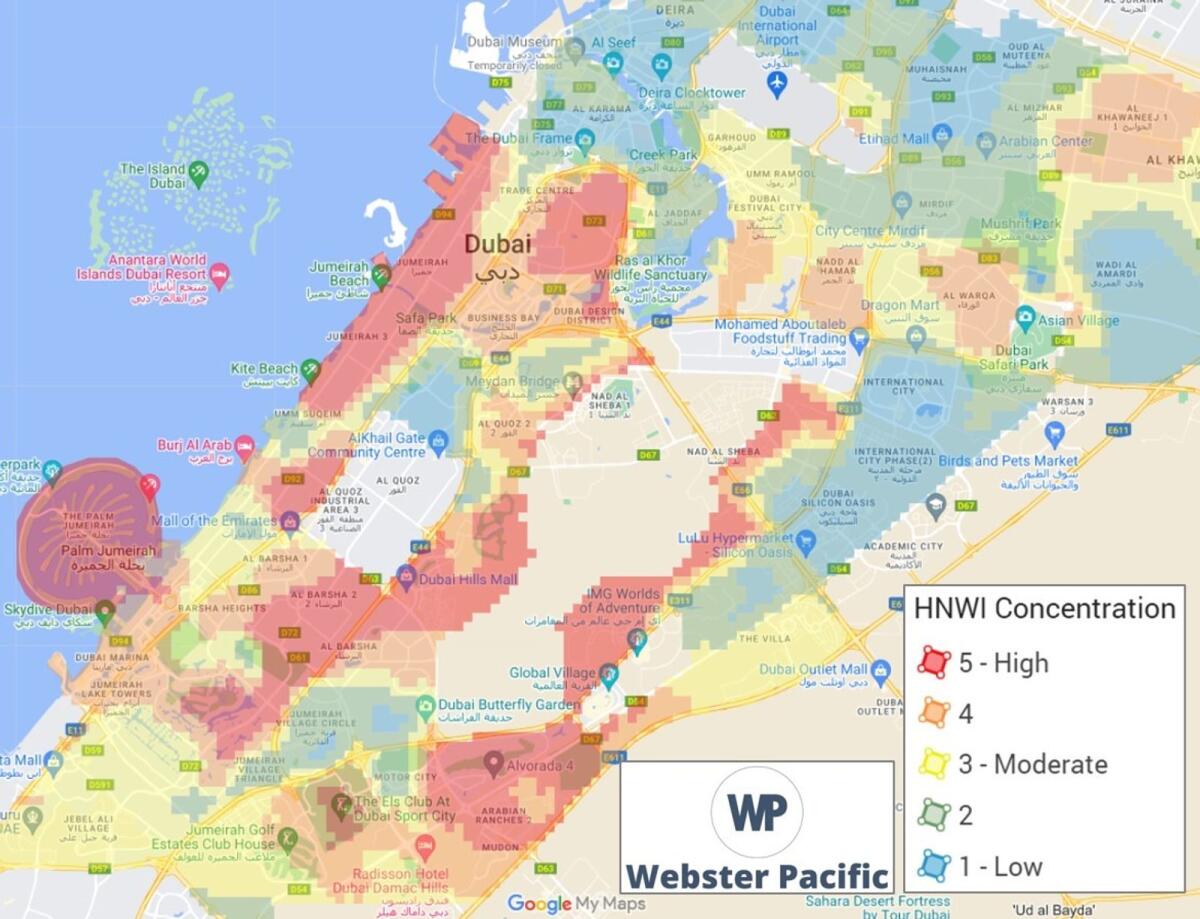 “Jumeirah is distinguished by its upscale, suburban feel and its proximity to both the sea and Downtown. Al Barsha is ideal for wealthy families due to the abundance of schools, such as Gems, Dubai American Academy and King’s School, along with access to elevated shopping at Galleria Mall Al Barsha,” the report said.

Arabian Ranches and Al Thanyah, which are more secluded communities, attract millionaires for their multitude of world-renowned golf clubs and equestrian facilities.

Dubai has witnessed an influx of millionaires and billionaires in the past year, mainly owing to the successful handling of the Covid-19 pandemic, strengthening confidence among the elites around the world in the emirate’s healthcare sector and the quality of life it provides to residents. The emirate’s population surpassed 3.5 million for the first time ever earlier this year.

A Henley Global Citizens Report released in June projected that the UAE will overtake the US to attract the largest number of millionaires in the world this year. It projected that 4,000 millionaires will migrate to the UAE in 2022, surpassing major countries such as Australia, Singapore, Israel, Switzerland, the USA, Canada, New Zealand, the UK and India.

According to Altrata’s Billionaire Census 2022 report, released in July, the UAE is home to 45 billionaires with a total wealth of $181 billion (Dh664 billion), with 38 of them calling Dubai home.

The Webster Pacific data revealed that Palm Jumeirah, Al Barari, Dubai Hills, Al Wasl and Zabeel are the other areas where most of the rich people in Dubai live. Meanwhile, International City, Dubai Silicon Oasis and Al Quoz have the lowest concentration of high net worth individuals in the emirate.