T20 World Cup: Shades of ’92 for Pakistan ahead of final

There are so many similarities between this unlikely run of Green Shirts to the T20 World Cup final and the one inspired by Imran Khan in 1992, when Pakistan beat England at the Melbourne Cricket Ground to claim their first World Cup title in the 50-over format 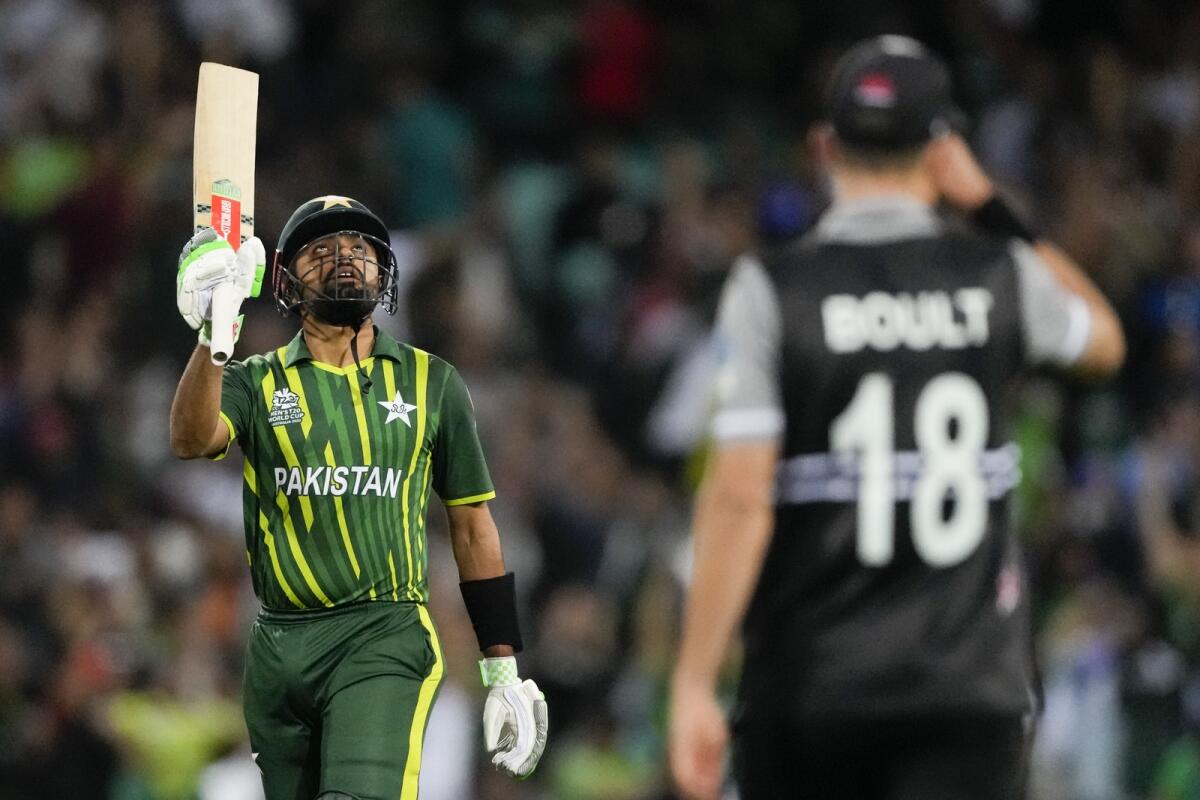 Criticized at home and abroad for multiple reasons, Pakistan cricket team is back at the venue where the legend of the cornered tigers was forged 30 years ago, and England’s team are again the final foes at the Melbourne Cricket Ground this Sunday.

There are so many similarities between this unlikely run to the T20 World Cup 2022 final and the one inspired by Imran Khan in 1992, when Pakistan beat England at the Melbourne Cricket Ground to claim their first World Cup title in the 50-over format.

There are also differences, of course. For a start, skipper Babar Azam is not 39 years old.

Khan was that age, and in the twilight of his career, when he described his team as cornered tigers and went on to lead them to that triumphant win over England in the final.

Babar is 28, but he could match Khan’s feat at the MCG on Sunday when his team yet again meet red-hot favourites England — this time in a cricket format which was non-existent in the 90s.

For some, it’s difficult to fathom how the stars aligned for Babar and Khan in Australia three decades apart.

For instance, both Babar and Khan lost their opening round games at the MCG; arch-rival India got the better of them in 1992 and 2022. Pakistan went on to win their last three games ahead of the semi-finals on both occasions, but both Babar and Khan had to bank heavily on the results of other games to go through to the knockout stage on the last day of the group stage.

New Zealand were the opponents in both semi-finals, with the Kiwis batting first both times. And top it all, England trounced top-ranked India by 10 wickets in the second semi-final on Thursday so that Pakistan could tick another box in the retelling of the story.

“Sensational performance,” Pakistan’s team mentor Matthew Hayden, a former Australia opener, told Babar and his teammates in the locker room after Wednesday’s seven-wicket semi-final win over New Zealand at the Sydney Cricket Ground. “It was just an extraordinary effort.”

Hayden said on Friday that the 1992 World Cup was important for Pakistan and the game globally because it “was the emergence of another superpower under one of the most influential cricketers of all time.”

“Imran Khan is doing great things. Celebrating democracy is an important part of life and he’s doing that like a champion he was in the 92 World Cup. So, yeah, it is important for sure.”

Babar’s belief in his planning and relying solely on his match-ups against his opponents has been a key to success. He’s not one to take cues from what former Pakistan cricketers suggest on the dozens of private television channels focusing on his team. These former cricketers were vocal after the team lost to India and then got beaten by Zimbabwe in back-to-back Super 12 losses that that placed the team in a tight corner in Group 2.

Pakistan’s 1992 World Cup-winning fast bowler Aqib Javed was among those who advised Babar to bat lower down the order in the semifinal because he’d only scored 39 runs in five group games.

Instead, Babar went to the practice nets for more than an hour on the eve of the knockout game against New Zealand while his teammates preferred to relax at their hotel. He then produced a half-century which eased Pakistan to victory in the semifinals.

Babar’s opening partner Mohammad Rizwan’s weakness on the off-side was also the talking point in the Pakistan media, but he posted a half-century, too. They combined in a ninth century opening stand — the most by any opening pair in the world in T20s.

The battery of four pacers is another asset for Babar, which he miscalculated only once in the tournament when he preferred to keep his fourth fast bowler Mohammad Wasim on the bench.

But he’s is a quick learner and he ensured Wasim played in every game thereafter to supplement Shaheen Shah Afridi, Haris Rauf and Naseem Shah.

However, if there’s one player who has turned Pakistan’s fortunes around it’s “Little Dynamo” Mohammad Haris, who had never played in the batting conditions of Australia. After both Haider Ali and Asif Ali struggled with form in early group games, Haris did what a young Inzamam had done for Imran Khan in 1992.

With experience of only one T20 international against England in September, Haris first smashed an 11-ball 28 against South Africa before playing vital cameos of 31 and 30 against Bangladesh and New Zealand.

Needing 19 off the last 15 balls for victory in the semifinal, Haris sealed the game by smashing New Zealand’s express fast bowler Lockie Ferguson for a four and a six off successive deliveries. And that pleased Hayden.

“Harry, it was a little tricky situation, but that was another injection of great energy, great enthusiasm,” Hayden said. “That’s a complete performance and I think that the world is going to see a lot more of that.”

Last week Khan, who was ousted as Pakistan’s Prime Minister earlier this year, was wounded in the leg in a gunman’s attempt on his life during a protest march on the country’s capital to demand early elections. Although he is staying out of public while he recovers, he took time to recognise the national team’s run to the final.

The question remains, can Babar keep his stars aligned with Khan for one more day?

“Our efforts, our collective partnerships and our belief in each other mean that we’re actually opting even more in because that’s what it takes to win a championship,” Hayden said.