The announcement comes after the Taliban-run government in Kabul said that female students would not be allowed to study at universities in Afghanistan until further notice.

Taliban’s decision to ban female students has been condemned globally, including the UAE.

Ambassador Lana Nusseibeh, Assistant Minister for Political Affairs and Permanent Representative to the United Nations of the UAE, reiterated the UAE’s strong condemnation of the Taliban’s decision by the Taliban to ban Afghan women and girls from accessing higher education.

The Muslim Council of Elders under the chairmanship of the Grand Imam of Al-Azhar Dr Ahmed Al-Tayeb also showed its concern over the Taliban’s ban on women from attending universities in Afghanistan.

Khalaf Al Habtoor said the Taliban’s decision is unfortunate and he is willing to host female Afghan students in cooperation with relevant authorities. 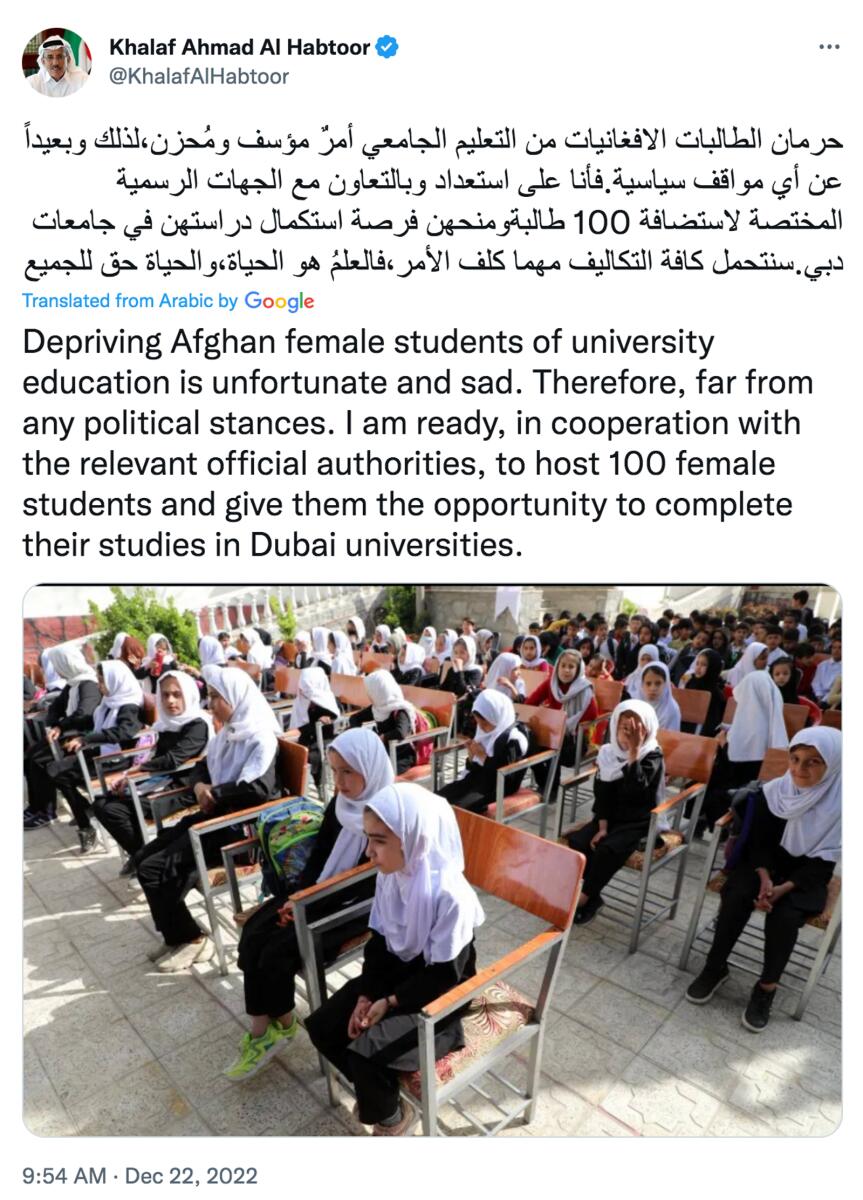 “Depriving Afghan female students of university education is unfortunate and sad. Therefore, far from any political stance, I am ready, in cooperation with the relevant official authorities, to host 100 female students and give them the opportunity to complete their studies in Dubai universities,” said Al Habtoor in a tweet.

Khalaf Al Habtoor is a well-known global philanthropist who believes that philanthropy should be independent of race, religion and geography. He has generously contributed towards institutions that result in human advancement, including a Simulation Centre at the Dubai Harvard Foundation for Medical Research and a Leadership Centre at Illinois College, USA.