The official Eid Al Fitr holiday is from Ramadan 29 to Shawwal 3, which means residents will likely to get a six-day-long break 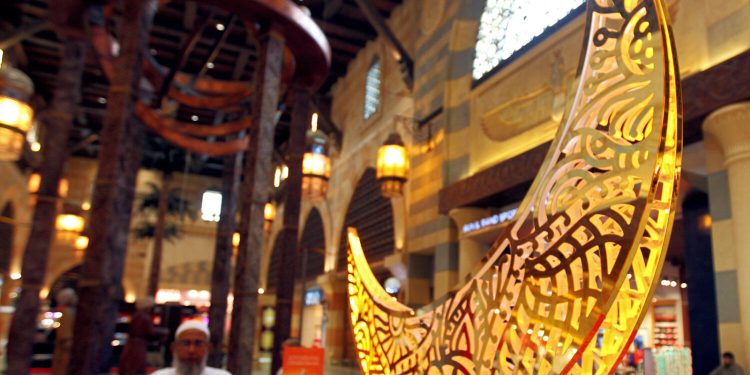 NA040716-RG-EID. A muslim man looking to the Eid decoration at the IBN Battuta Mall Dubai on 04rd June 2016. Photo By: Rahul Gajjar

The holy month of Ramadan this year is likely to start from Thursday, March 23. As per astronomical calculations, the holy month will last for 29 days, with the first day of Eid Al Fitr likely on Friday, April 21.

The astronomical calculations and likely dates were revealed by Ibrahim Al Jarwan, chairman of the Board of Directors of the Emirates Astronomical Society, in a video.

The official Eid Al Fitr holiday in the UAE is from Ramadan 29 to Shawwal 3 (Hijri Islamic calendar months). If the astronomical calculations are correct, the break is from Thursday, April 20, to Sunday, April 23.

Al Jarwan also revealed the likely dates of Eid Al Adha. According to the expert, the first day of Islamic month Dhul Hijjah will be on Monday, June 19. This means that Eid Al Adha will likely be on Wednesday, June 28. Arafah Day, which falls one day before Eid, is likely to be on Tuesday, June 27. The holiday, therefore, will be from Tuesday, June 27, to Friday, June 30.

He said a supermoon will rise on August 31.

According to the Dubai Astronomy Group, there will be a number of meteor showers this year: