The royal families of both the UK and the UAE enjoy a high level of close synergy – a historical and personal bond which has developed beyond that of conventional state-to-state friendships, said UAE historian and writer, Peter Hellyer.

Speaking to Khaleej Times following the death of Queen Elizabeth II on Thursday, Hellyer, who has observed the development of UAE-UK relations for over 40 years, said that he is confident that relations will continue to thrive between the two countries under King Charles.

Queen Elizabeth built the foundation for this friendship when she visited the Emirates back in the late 1970s. The most travelled monarch in the world, she visited the UAE twice, in 1979 and 2010. Hellyer was involved in both visits as well as the state visits by Sheikh Zayed and Sheikh Khalifa to London. 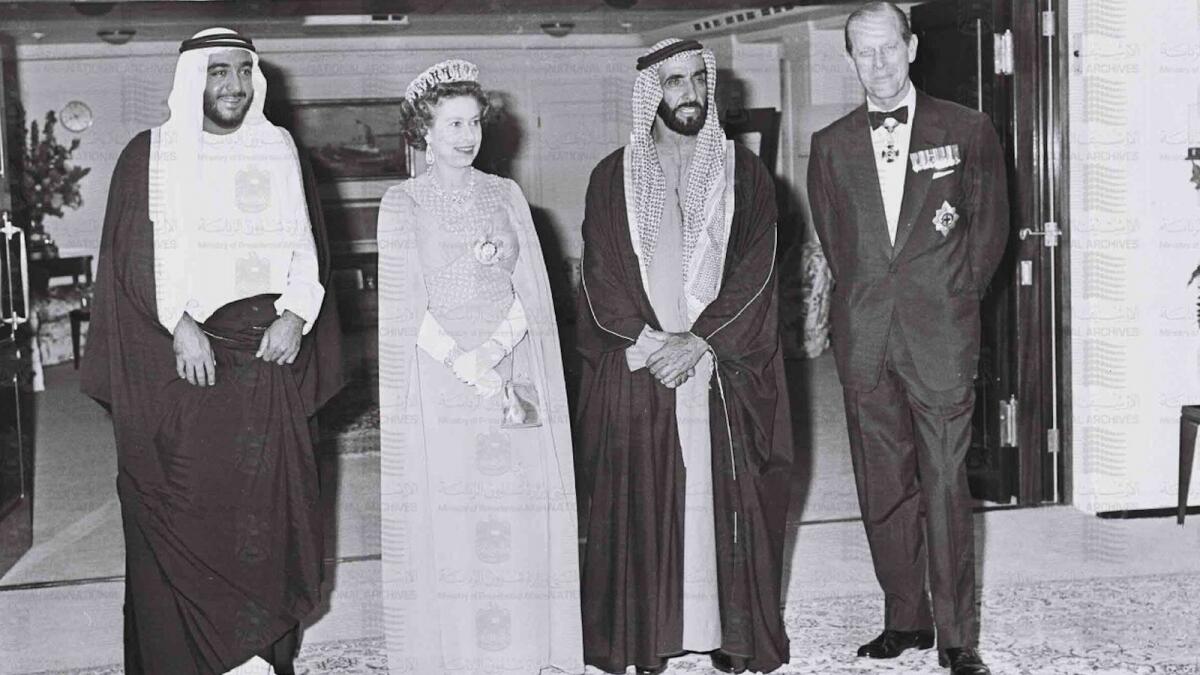 “I met the Queen in 1979, when I was handling the British media for the visit. The remarkable thing that I recall was the warmth that clearly existed between her and the late Sheikh Zayed. There’s a lovely photograph of her and Sheikh Zayed, and Prince Philip, her husband, and the late Sheikh Khalifa on the royal yacht Britannia, quite a memorable photograph on quite a memorable occasion.”

One aspect worth remembering, he said, is the great respect that the queen and Sheikh Zayed had for each other as they bonded over similar values and ethics. “They came from very different backgrounds and very different histories. But so much of their personalities was about providing a dedicated service to their people. They had an ability to reach out and deliver lessons about behaviour, commitment, hard work and dedication.”

“And that warmth has carried on. Prince Philip had the same kind of good relationship. King Charles has also built up similar ties in his many visits to the UAE. I think there is a lot that links the Emirates and Britain together.”

That type of comfortable relationship, Hellyer says, is also reflected amongst the citizens of both nations. “We’ve got 120,000 British citizens here in the UAE. We must have 100,000 Emiratis visiting the UK each year. The relationships at the level of ordinary people stretches across the board…. And I can only see it continuing to flourish in the future.”