Visibility has dropped to less than 1000m, according to NCM The National Centre of Meteorology (NCM) in the UAE has issued yellow and red alerts as fog envelops part of the country.

Abu Dhabi Police has sent warning alerts to residents about speed limits being reduced to 80kmh as visibility drops.

Visibility has dropped to less than 1000m, according to NCM. The conditions are expected to last until 9 am on Saturday. 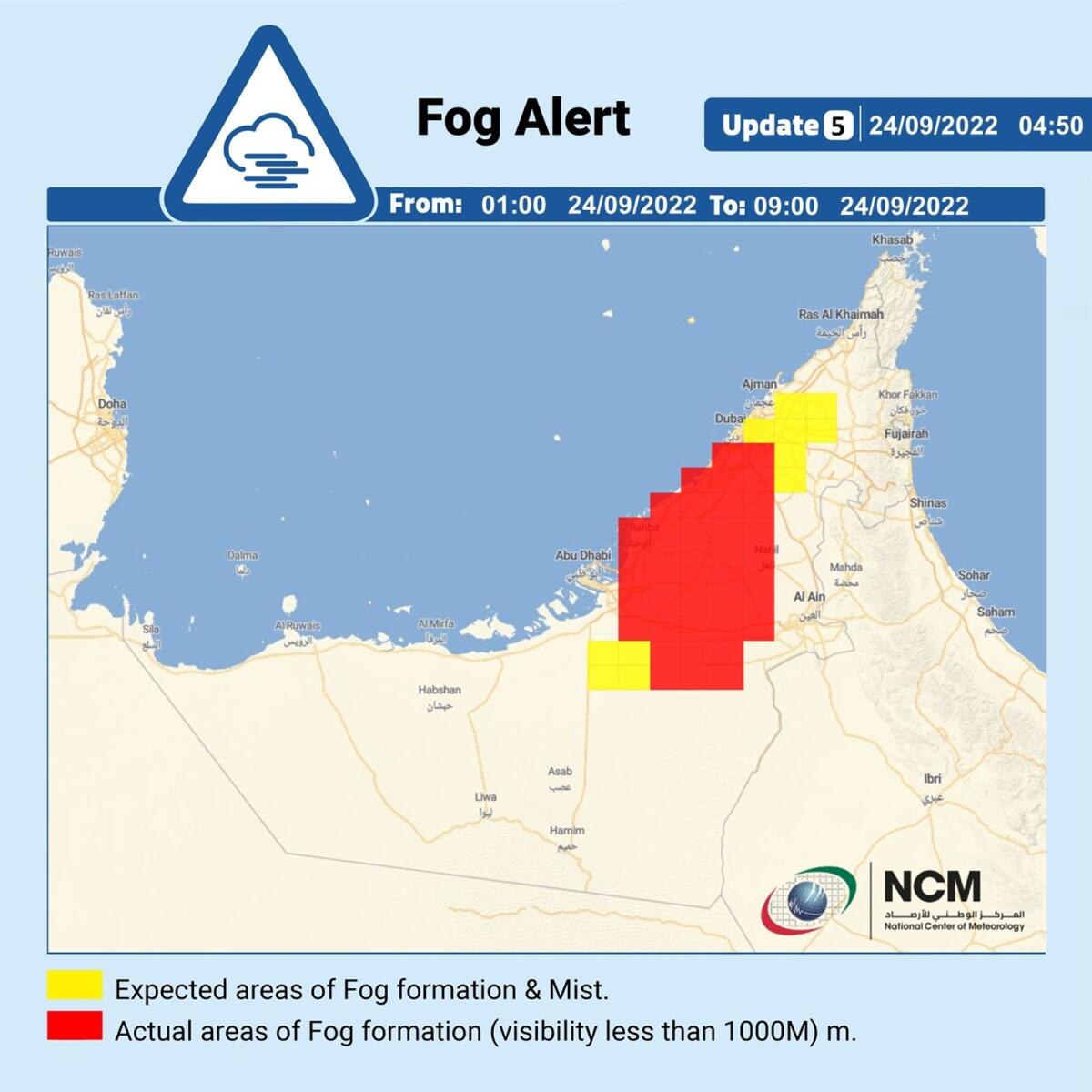 Convective clouds will appear over the mountains in the eastern parts of the UAE by afternoon.

Temperatures are decreasing as the country moves into the autumn season. Abu Dhabi and Dubai will see highs of 39°C and 38°C respectively, while the lows will be 27°C and 29°C respectively.

It will be humid by night and Sunday morning, with a chance of fog or mist formation over some coastal and internal areas.

Light to moderate winds freshening will cause blowing dust during the day. Conditions at sea will be slight to moderate at times in the Arabian Gulf and slight in the Oman Sea.