Cowboys gallop down Dubai’s Sheikh Zayed Road in a wild horse chase that took over one of the city’s busiest streets in an epic celebration of the season 5 premiere of the Paramount Network’s hit series, Yellowstone.

The series is now streaming on OSN+ and airing on OSN Showcase exclusively. It is also the first time horses have raced down Sheikh Zayed Road.

Yellowstone chronicles the Dutton family, led by John Dutton (Kevin Costner), who controls the largest contiguous cattle ranch in the United States. Amid shifting alliances, unsolved murders, open wounds, and hard-earned respect – the ranch is in constant conflict with those it borders – an expanding town, an Indian reservation, and vicious business rivalries.

With major landmarks in the background, cowboys on horseback provide a dramatic showcase, running through the iconic Sheikh Zayed Road, bringing the western ranch to the city of the future.

The dramatic pursuit is set against the emirate’s breath-taking panoramic skyscrapers bringing together the classic with the future and city and country in one spectacular place. 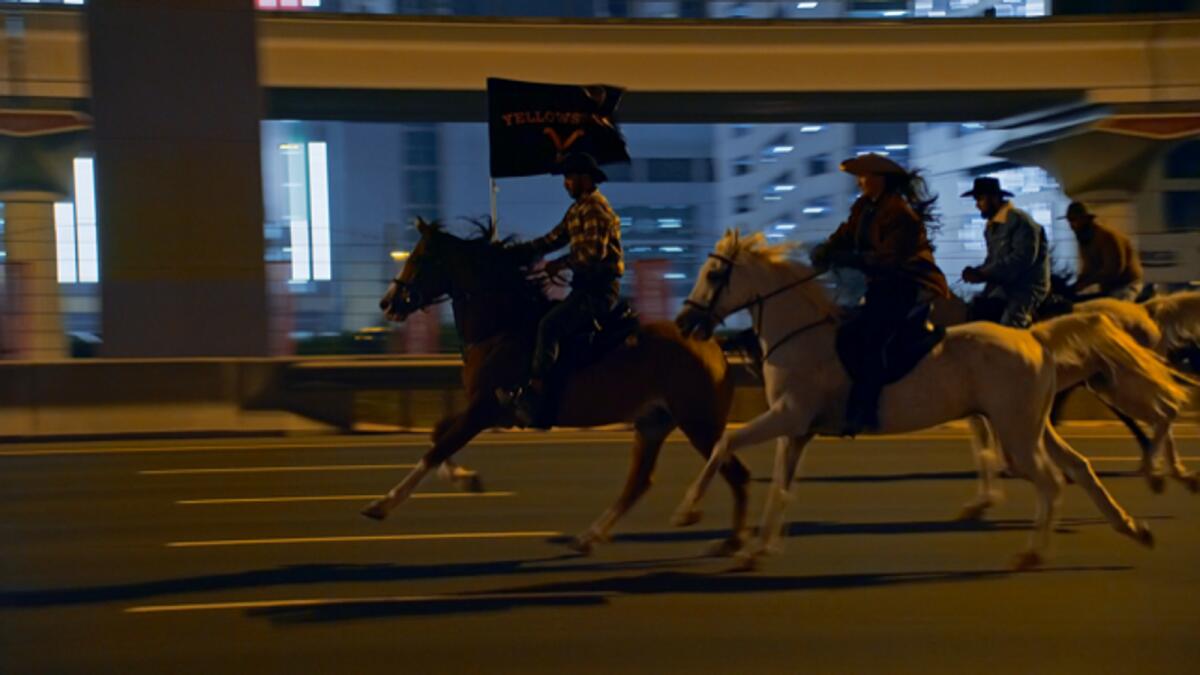 “OSN+ is constantly striving to drive awareness for its key content, bringing it to life in the most creative ways,” said Ashley Rite, VP of Marketing and Growth at OSN+. “More than just your average western, Yellowstone is a thrilling drama that brings together family, rivalry, and conflict all within one exciting and eclectic series.

With new episodes dropping weekly, the latest season, produced by MTV Entertainment Studios and 101 Studios, has debuted in the Middle East exclusively on OSN+ and OSN Showcase.