Watch: Dubai’s breathtaking Hatta Waterfalls has 4 green oases carved out of the mountains

Coffee shops, restaurants, children's play areas; and stores selling honey, local products and souvenirs will come up around the project Dubai authorities have shared new images of the upcoming waterfalls in Hatta, and the project looks breathtaking. The renders show blue water from the waterfall snaking through a canal to a fountain at the other end. A carpet of green grass and trees cover the rugged brown terrain of the mountain enclave. It also shows a Hollywood-style Hatta mountain sign — the second in the area, with the other being on top of the highest peak.

The Dh46-million Hatta Sustainable Waterfalls project’s design is inspired by the hexagonal beehive — a nod to the famous Hatta honey. The project’s four oases are linked with bridges crossing the water canal. 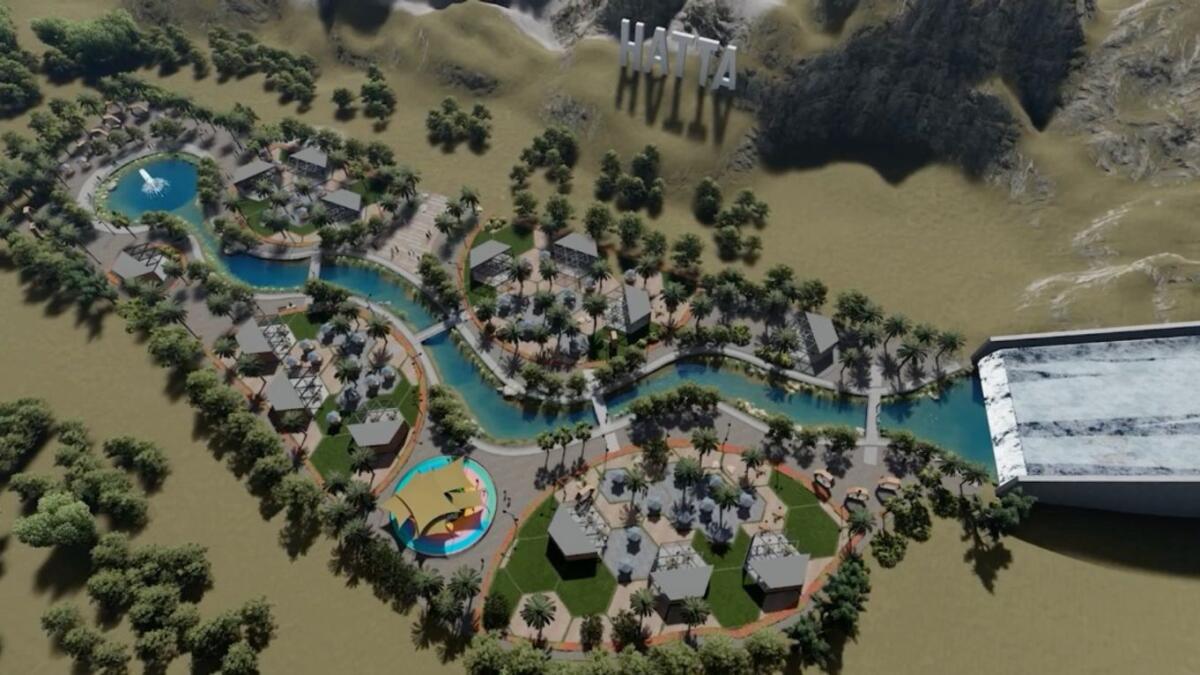 The project will use the slope of the upper Hatta dam to create a natural waterfall. A waterway will be built below the dam. The water gushing down the fall will collect at the end of the stream, get recycled, and pumped back to the top of the dam.

The water canal ends at a lake that forms a diverse biological ecosystem and promotes a balanced natural aquatic life. A children’s play area intersects with the three oases designated for coffee shops and restaurants, allowing guardians to monitor them.

The project is coming around the area that houses an 80mx30m mural of the founding fathers of the UAE, the late Sheikh Zayed bin Sultan Al Nahyan, and the late Sheikh Rashid bin Saeed Al Maktoum.

Coffee shops, restaurants, children’s play areas; and stores selling honey, local products and souvenirs will come up around the waterfalls. The Dubai Electricity and Water Authority (Dewa) will offer the retail stores within the Hatta Sustainable Waterfalls project free of cost to Emirati citizens in the mountain enclave. 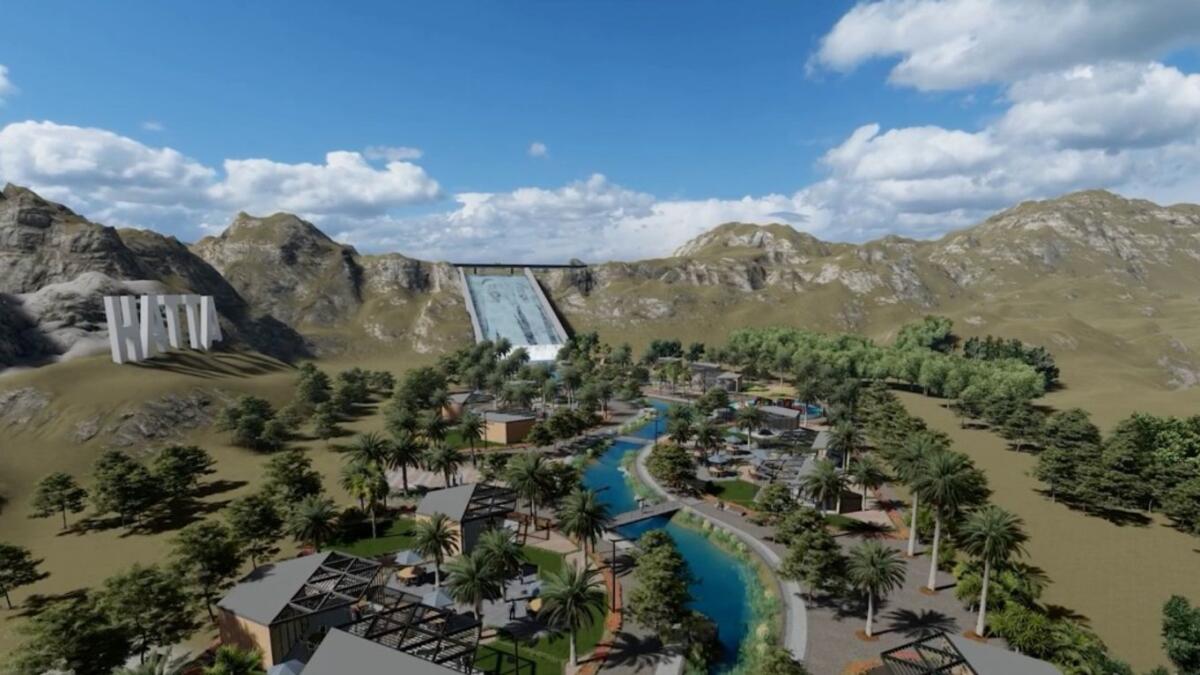 This is in implementation of a grant by His Highness Sheikh Mohammed bin Rashid Al Maktoum, Vice-President and Prime Minister of the UAE and Ruler of Dubai, to create additional job opportunities for citizens.

“Leveraging state-of-the-art technology and taking into account the unique geology of the Hatta region, we are implementing the waterfalls projects in accordance with highest international environmental standards. Our aim is to preserve the Hatta Mountain Reserve, and to harmonise the project with its surroundings … to offer a unique experience for UAE tourists and show the beauty of the mountainous regions of the UAE,” said Saeed Mohammed Al Tayer, MD & CEO of Dewa.

“The project aims to create a sustainable natural environment, in addition to developing the area and turning it into recreational spaces and tourist attractions. The idea began with establishing a natural water stream from the waterfall that fits in with the nature of Hatta, to form green spaces around. These divide the project into four main oases that provide investment opportunities for shops.”