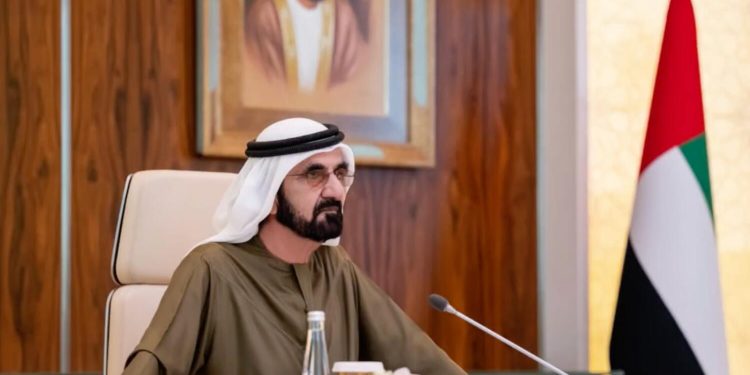 “It is the first day after the New Year break and the Cabinet is convened. Allah has blessed us with Sheikh Mohamed bin Zayed, who expects a lot from us this year, so let’s do our best.”

With these words, His Highness Sheikh Mohammed bin Rashid Al Maktoum, Vice-President and Prime Minister of the UAE and Ruler of Dubai, opened the first Cabinet meeting of 2023.

A video of Sheikh Mohammed’s tribute to the President, His Highness Sheikh Mohamed bin Zayed Al Nahyan, is going viral on social media.

In a tweet posted on his account, Sheikh Mohammed said: “The Cabinet is the main engine for coordinating efforts, unifying energies and developing policies and strategies to achieve the vision of my brother, the President, may Allah protect him, and the aspirations of our people to build the best environment – economically, socially and developmentally.”

The two leaders share a very warm relationship and often meet to discuss national affairs. The UAE Vice-President had highlighted last year how Sheikh Mohamed bin Zayed has been his “greatest friend and companion”.

During the first Cabinet meeting of 2023, the UAE announced the top five priorities for the government:

“Today, we start a new journey in 2023, in which we compete with ourselves and race against time, so that our country becomes the best in the world,” added Sheikh Mohammed.