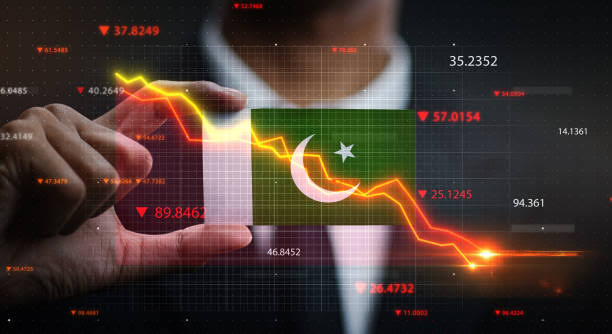 The World Bank’s Global Economic Prospects report has forecast Pakistan’s economic growth to slow further to two percent during the current year, indicating a drop of two percentage points from its June 2022 estimates.

Pakistan is in the news for economic meltdown amidst natural disasters, food shortages and poverty. The country had unprecedented floods in July – August last year, devastating large swathes of farmlands and destroying critical infrastructure. The forex reserves in the country which hit a new low of USD 4.6 billion would only be enough to pay for foreign import bills for three weeks. The analysts put Pakistan’s need for relief at USD 38 billion.

“This pace reflects still robust growth in India, Maldives and Nepal, offsetting the effects of the floods in Pakistan and the economic and political crises in Afghanistan and Sri Lanka. The deteriorating global environment, however, will weigh on investment in the region,” the report said ,pointing to a “sharp, long-lasting slowdown” with the global growth expected at 1.7 per cent this year.

The report, issued by a flagship publication of the World Bank Group, said that Pakistan’s economic output was not only declining itself but also bringing down the regional growth rate as well. Forecasting Pakistan’s GDP growth rate to improve to 3.2 per cent in 2024, the report said that the policy uncertainty further complicates the economic outlook of Pakistan.

The report also cited devastating floods in 2022 as a reason for the precarious economic situation in the country. Floods deluged almost one-third of Pakistan and directly impacted about 15 percent of the country’s population.

“Recovery and reconstruction needs are expected to be 1.6 times the FY2022-23 national development budget,” the report said.

This comes as food prices spiked rapidly in Pakistan in the past one month.

In a report, it said Pakistan’s declining economic output was also bringing down the regional growth rate. It forecast Pakistan’s GDP growth rate to improve to 3.2 per cent in 2024, which would be lower than the earlier estimate of 4.2 per cent.

The report states that there is an acute shortage of food. Market reports say that a bag of 20 kg flour from 1200 PKR has increased to 3,00 PKR.

The drawn-out talks with the International Monetary Fund (IMF) brought down the PKR to a three-month low.