Amitabh Bachchan at 80: 10 films we love

While it’s tough to pick from an amazing repertoire, here are the films that have had the greatest impact on us He’s 80 and going stronger than ever, spooling in celluloid ‘miles’ with the roles rolling in and directors still lining up to sign him on. Amitabh Bachchan, they say, was and is still an exciting actor, perhaps the best there ever has been.

From Ramesh Sippy who directed him in the 1975 cult film Sholay to Ayan Mukerji who helmed his latest Brahmastra 47 years later, Bachchan is the man for all seasons and all kinds of films.

“What a wonderful innings it has been and he just keeps getting better. He has played so many varied roles in comedy, drama, romance, dancing and songs. He can do anything and everything perfectly. Has there been anybody bigger or better? I doubt it,” Sippy said as the star celebrates his 80th birthday on Tuesday. It’s been just five days since his latest release Goodbye.

Here are 10 films by Amitabh Bachchan we love the most; 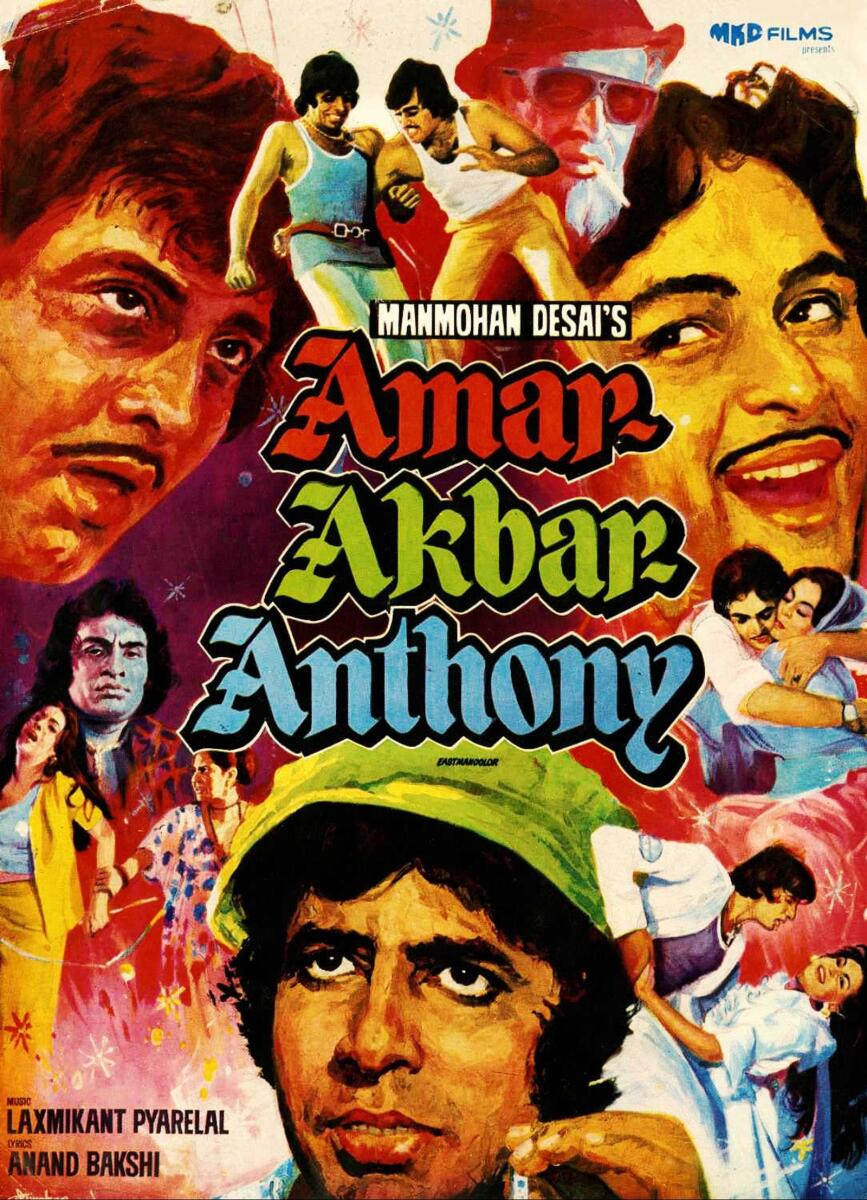 Amar Akbar Anthony: Vinod Khanna and Rishi Kapoor join Bachchan to lead an all-star cast of this 1977 blockbuster that revolves around three brothers separated in childhood, who are adopted by families from three different faiths. Packed with action, romance and a rather great bromance between the talented leads, Amar Akbar Anthony is an enduring classic.

Muqaddar ka Sikandar: Reportedly the highest grossing film of 1978, this often-melancholic drama stars Bachchan as an orphan, Sikandar, who grew up in the slums of Bombay. A story of unrequited love forms the film’s most memorable aspect – the luminous Raakhee who plays Kaamna is loved by both Sikandar and his new friend Vishal (Vinod Khanna). 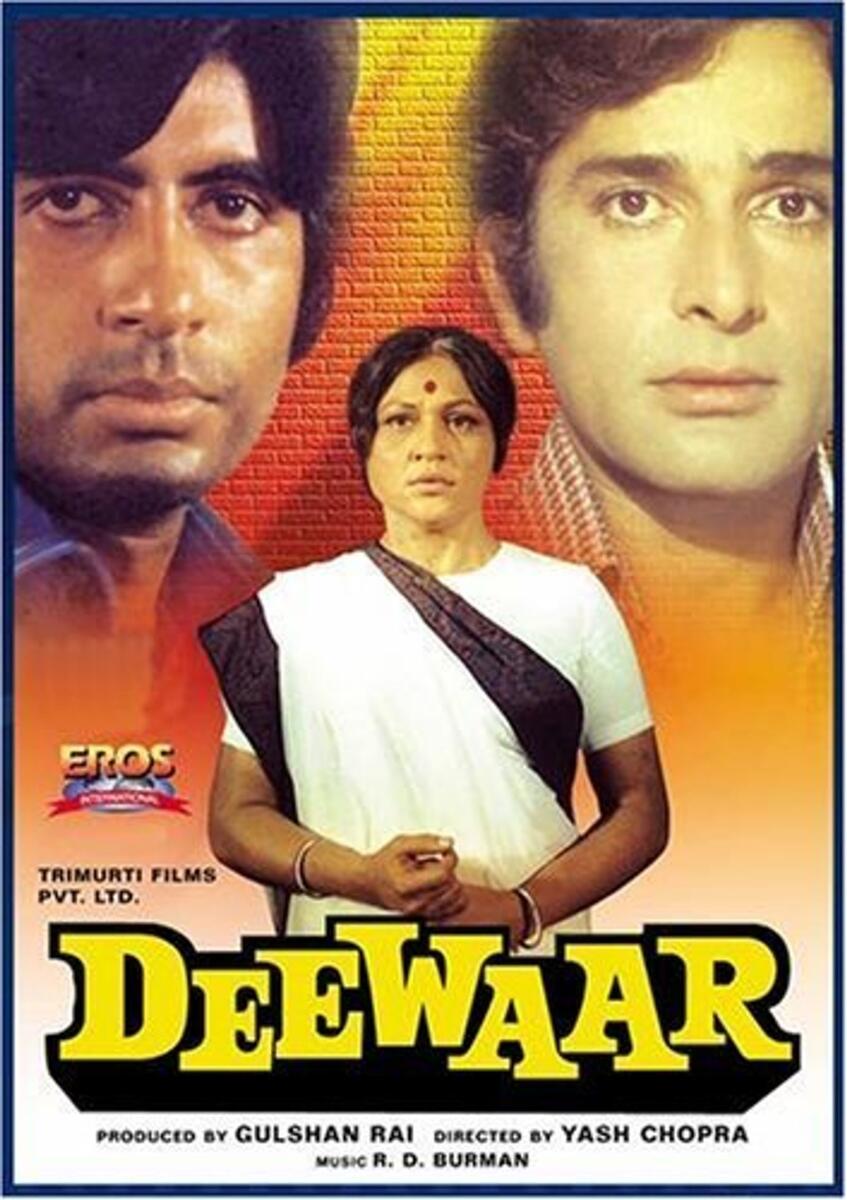 Deewaar: When acting giants like Shashi Kapoor and Amitabh Bachchan come together, you can expect fireworks. The Bollywood stalwarts play brothers steeped in poverty who eventually end up on opposite sides of the law. This 1975 crime drama set in a period of socio-political unrest also brought writers Salim-Javed into the spotlight. 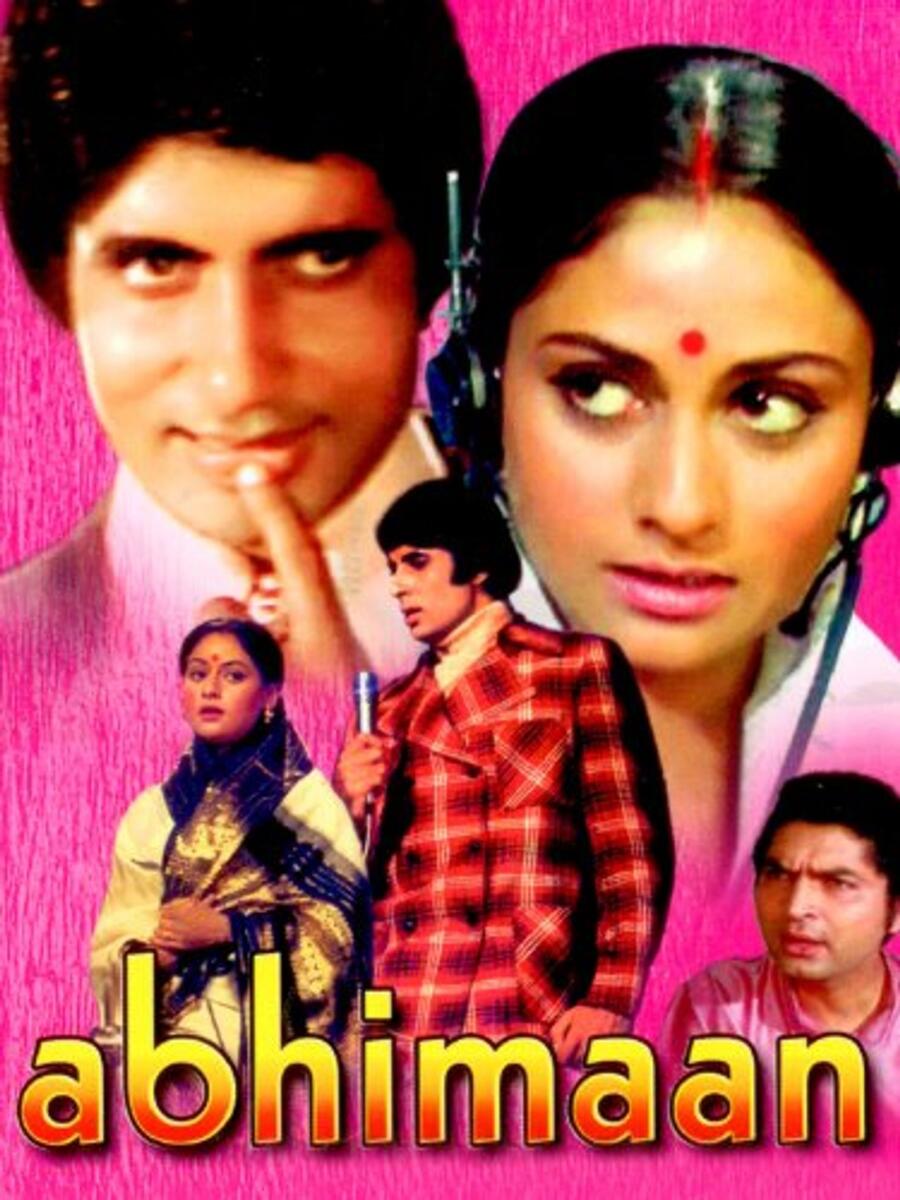 Abhimaan: A Hrishikesh Mukherjee masterpiece that delved into the themes of ego and pride in marriage. Bachchan starred alongside wife Jaya Bhaduri in a story of two talented musicians whose love is put to the test when they tie the knot. The film spawned some superhit songs like Ab To Hai Tumse Har Khushi Apni and Piya Bina. 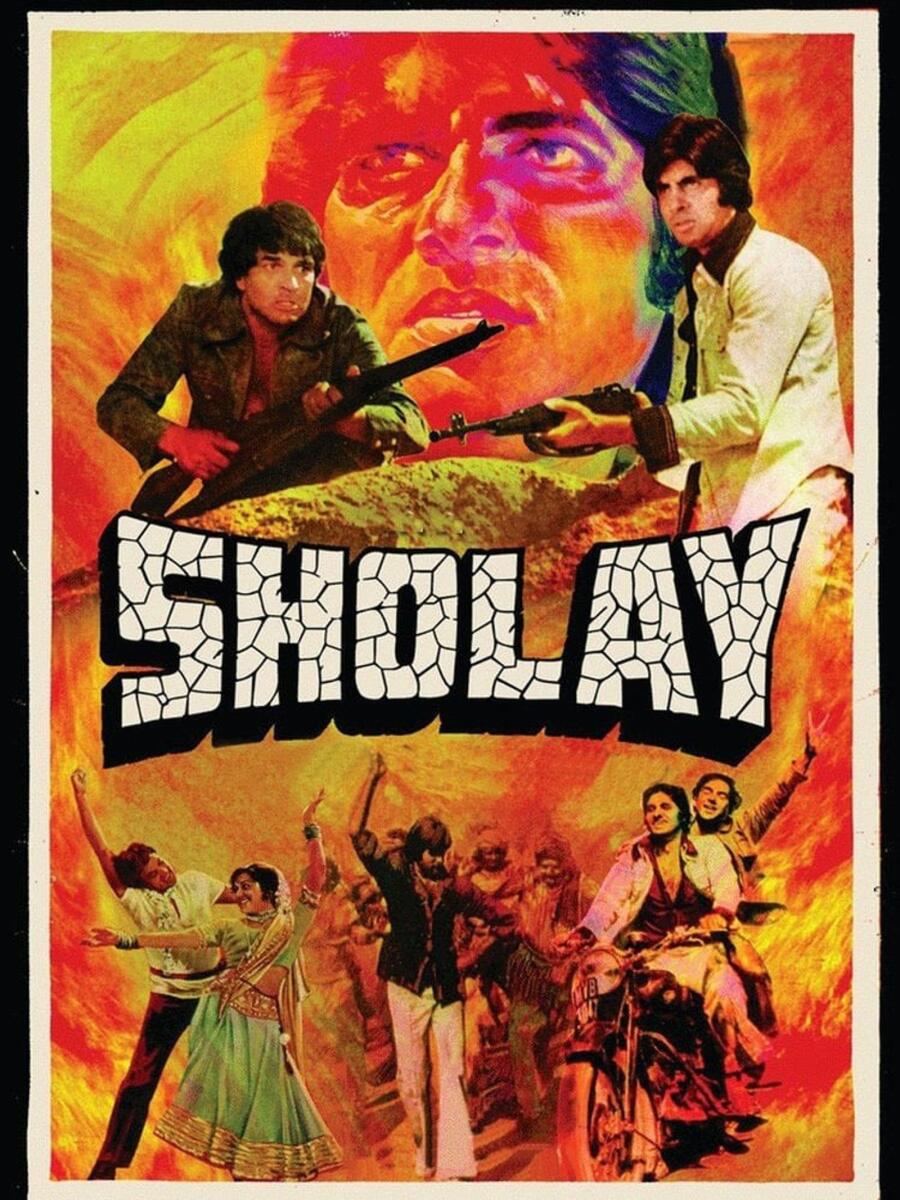 Sholay: One of Hindi cinema’s most iconic hits, this thrilling action-adventure brought together a slew of A-list stars including Dharmendra, Hema Malini, Jaya Bhadhuri, Sanjeev Kumar and the amazing Amjad Khan who played dacoit Gabbar Singh. Several of the film’s memorable dialogues and characters cemented themselves in pop culture. 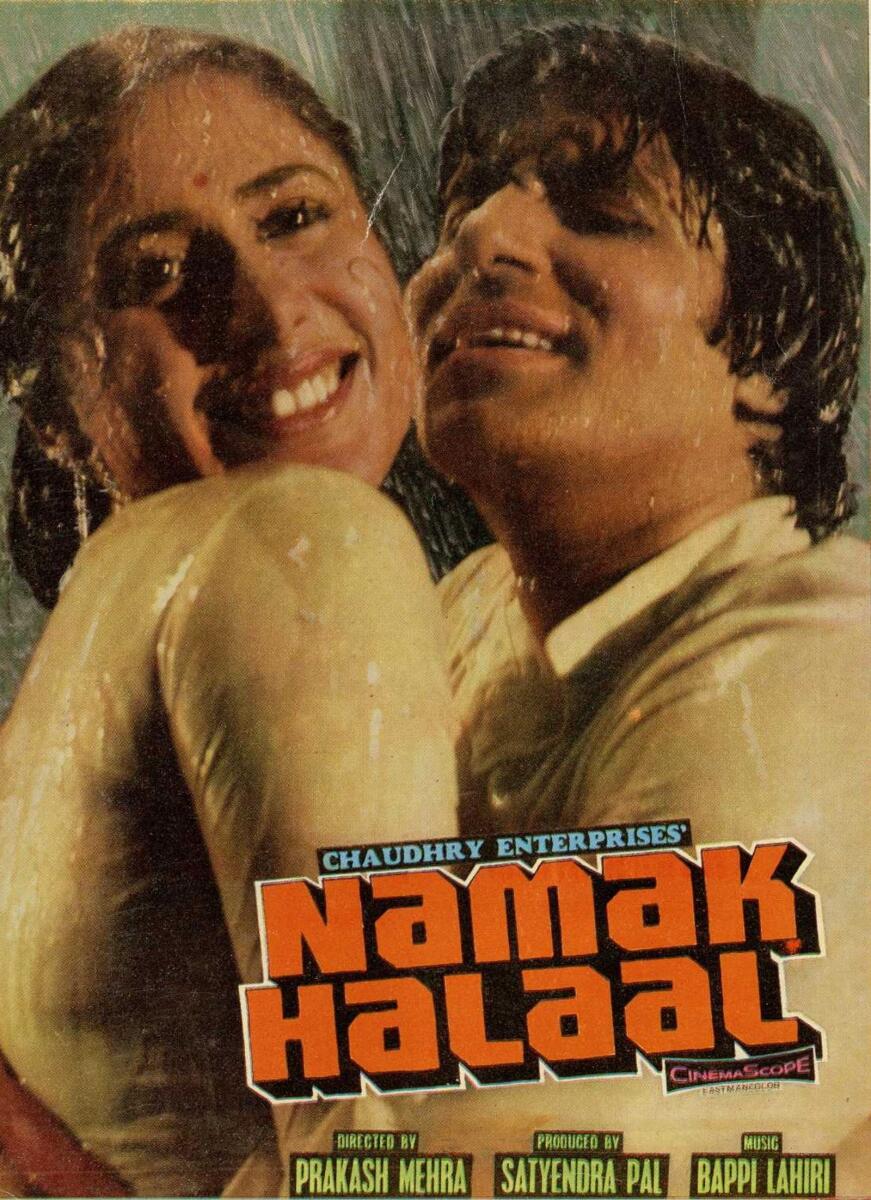 Namak Halaal: Another memorable pairing of Bachchan with Shashi Kapoor, this 1982 blockbuster is a typical 80s ‘masala’ film with goons, beautiful women, action sequences, great songs all tied together in a successful bundle. Bachchan provides many hilarious moments in the film including his now iconic ‘I can talk English, I can walk English’ dialogue. 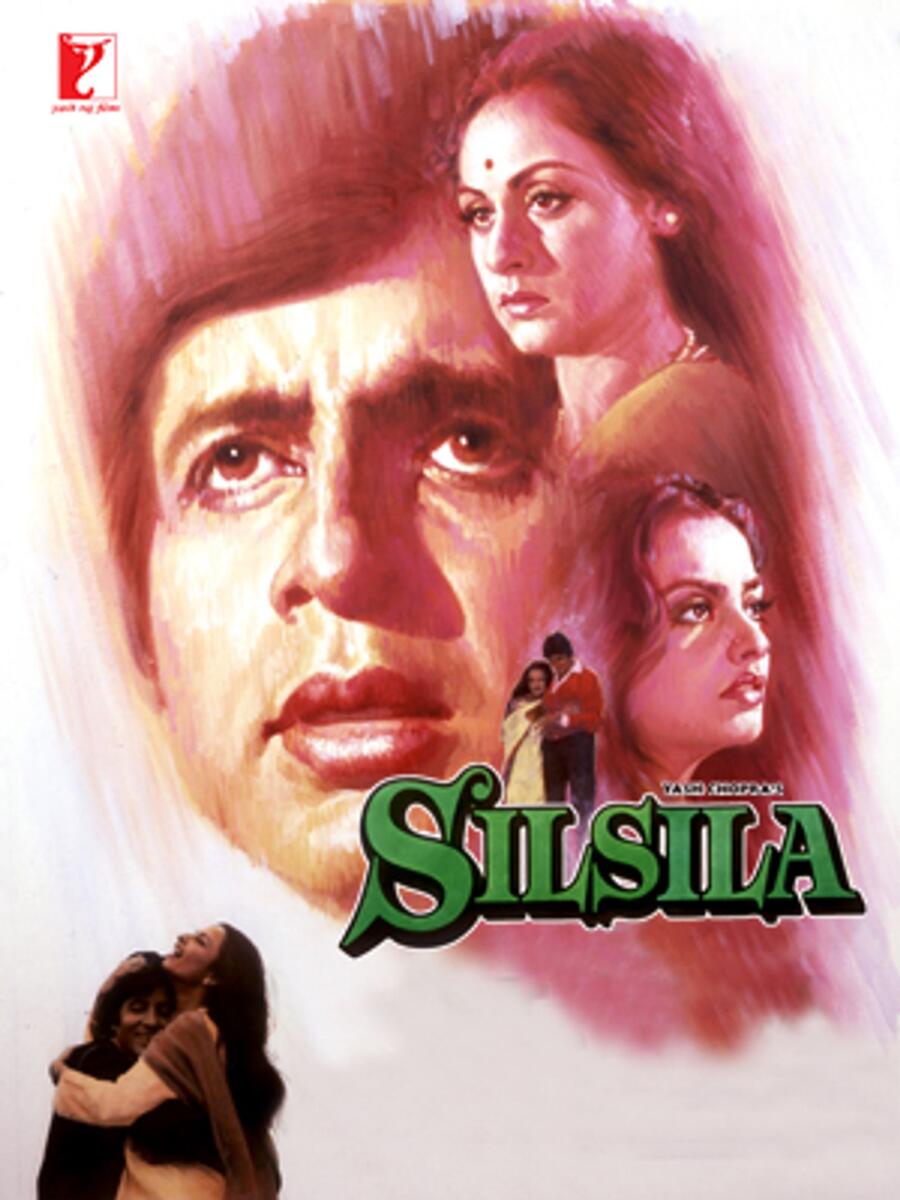 Silsila: Bachchan plays a man torn between duty and love in this classic romance from 1984 that examines themes of infidelity and loyalty. He made a luminous on-screen pairing with Rekha and rumours swirled that the two were involved in real life. Despite the intrigue surrounding it, the film was not a box office success, but went on to achieve cult status. 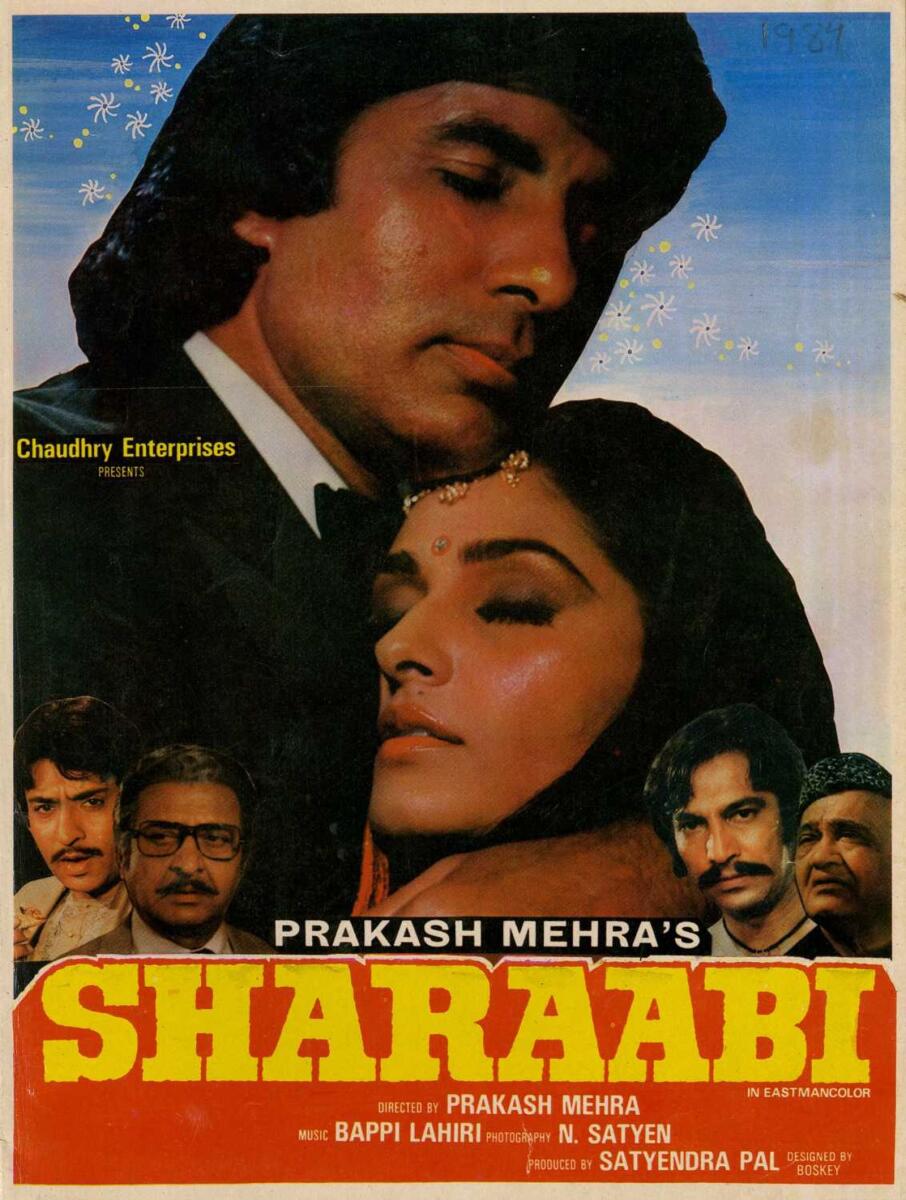 Sharaabi: Is this melodramatic film of Bachchan as a good-hearted alcoholic still watchable? You bet. As a rich brat Vicky with a penchant for piling on liquor, Bachchan brings gravitas to a seemingly frivolous role that not many leading men of the day could perhaps have done. There is no happy ending here, and some questioned the film’s glorification of a lavish and excessive lifestyle. 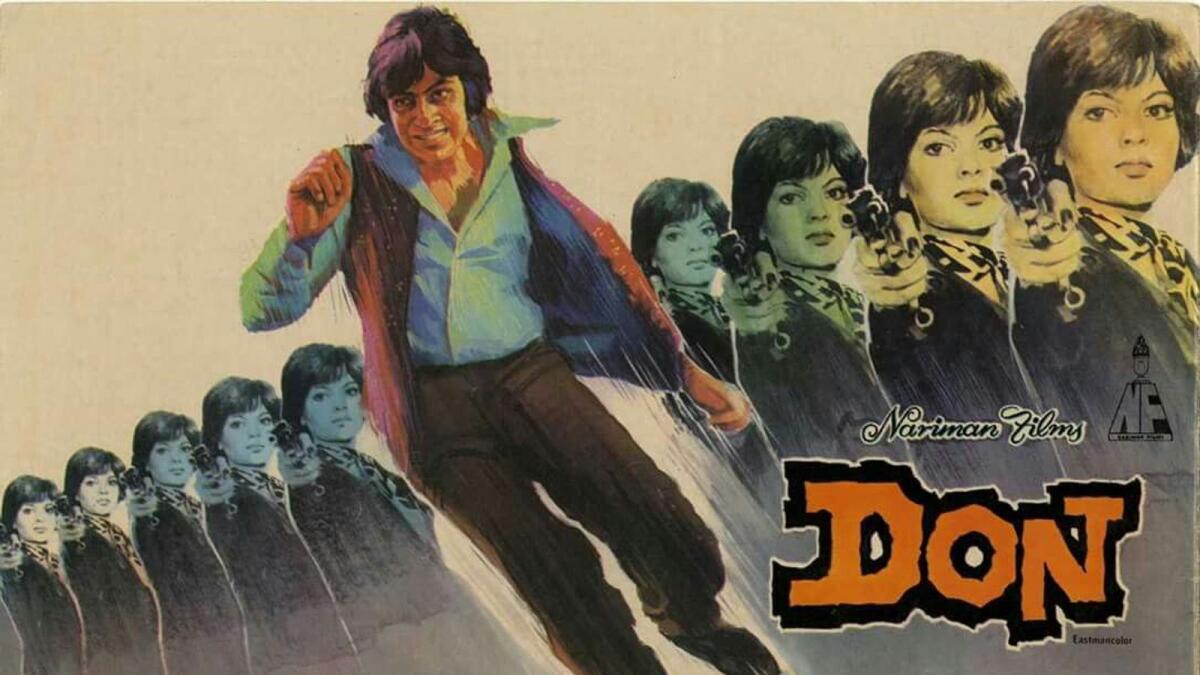 Don: When a wanted man dies in a police chase, a lookalike, Vijay is groomed to be part of the gang and provide information about it to cops. This thriller is one of Bachchan’s most loved films universally and is widely regarded as the one that catapulted him into superstardom in 1978. A remake starring Shah Rukh Khan was a hit in 2006. 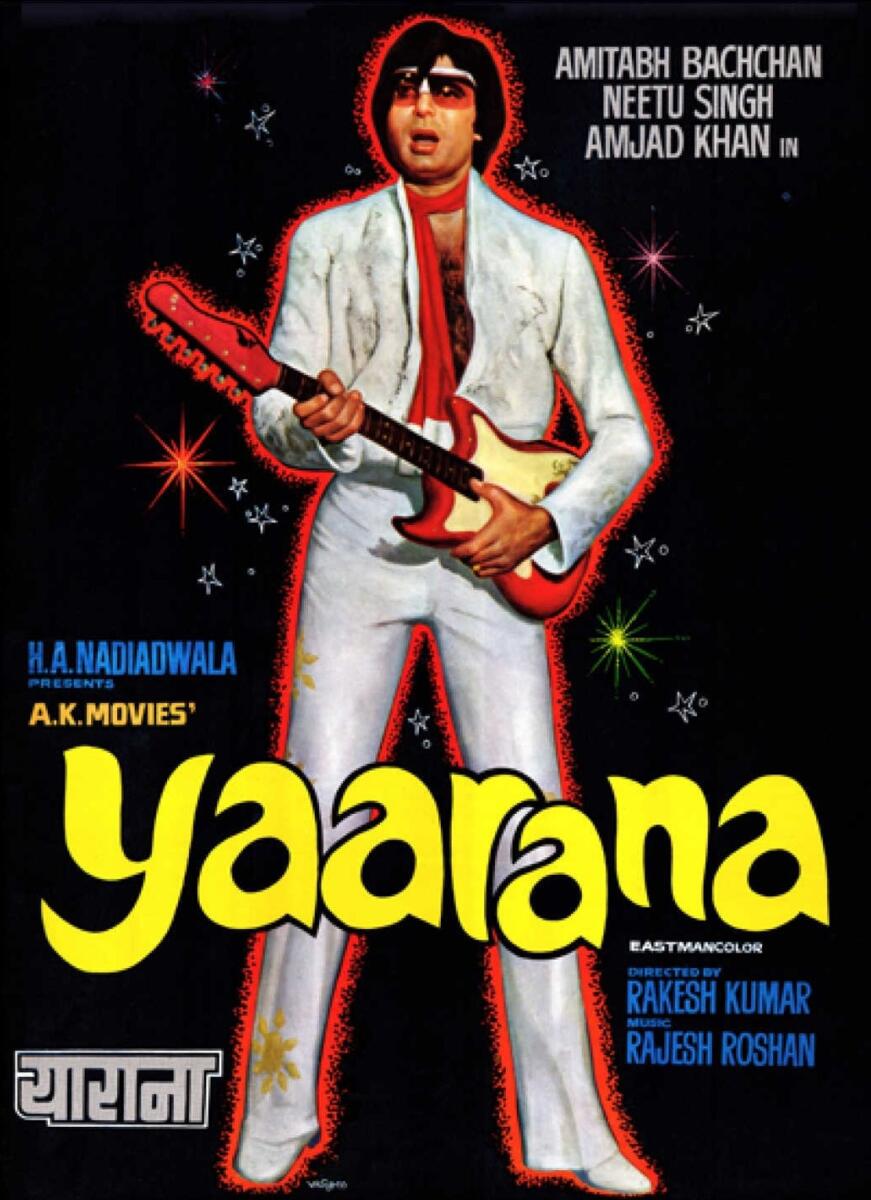 Yaarana: This is our pick solely because of the dance sequence for Kishore Kumar’s catchy hit Saara Zamana Haseeno Ka Deewana. As kids we loved Kishan’s (Bachchan) black jacket that lights up on the dance floor. Yaarana also featured Amjad Khan in a rare positive role opposite Bachchan.