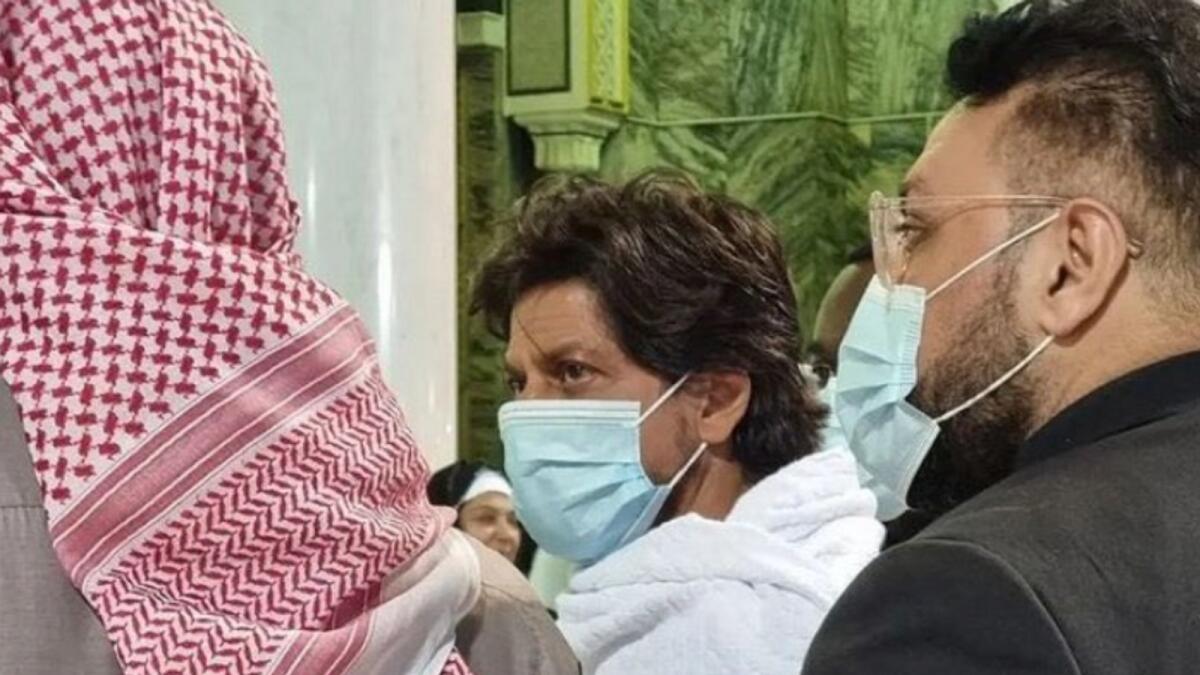 Bollywood superstar Shah Rukh Khan, who recently wrapped up the filming of his latest movie ‘Dunki’ in Jeddah, Saudi Arabia, took time off his busy schedule to make the journey to the holy city of Makkah to perform Umrah this Wednesday.

After the wrapping up of his shooting schedule, images of Shah Rukh Khan doing Umrah emerged, which were posted by Instagram handle “Team Shahrukh Khan”. Umrah is an Islamic pilgrimage to the holiest city of Makkah, which can be undertaken at any time of the year. It consists of carrying out rites in Masjid Al Haram.

After filming in London, the ‘Dunki’ cast and crew relocated to Saudi Arabia, where they completed the film’s schedule. SRK posted a video from the scenic beauties of Saudi Arabia on social media, saying, “There’s nothing more rewarding than finishing a filming schedule, as is ‘Dunki’ in Saudi”. In the video, SRK is seen wearing a black coat and black sunglasses to match his outfit. He was believed to be somewhere in the Arabian desert.

Shah Rukh Khan is the latest celebrity to have embraced his spiritual side, having undertaken a special journey to Makkah. Photographs that have surfaced on social media show the 57-year-old — who will be next seen in ‘Pathaan‘ in 2023 — offering prayers at the holy city.

In the pictures and videos, the actor was seen with a white robe draped around his body, and keeping with Covid-safety protocols, a mask on his face. The garment on the upper body is known as ‘Rida’ which is draped over the shoulder, covering the upper portion. Alternatively, any type of upper garment is referred to as a Rida.

“It makes me so so happy to see that you performed Umrah. It was a heartfelt wish that you will do it… may Allah accept all your duas and ibadah… Ameen. Feeling very emotional,” wrote a fan who shared a video of the star in Makkah on social media.

“King Khan Shah Rukh Khan was spotted in Makkah Medina While Performing Umrah ! May allah bless You ,” wrote another fan.

Umrah is an Islamic pilgrimage to Makkah that can be undertaken at any time of the year as compared to the Hajj pilgrimage, one of the five pillars of Islam. In accordance to the Shariah (Law of Islam), for both pilgrimages, a Muslim must first assume a state of purification achieved by completing cleansing rituals, wearing the prescribed attire, and abstaining from certain actions. Umrah pilgrimage is completed in a few hours compared to Hajj, which may take a few days.

There are 5 major significant reasons for Umrah

Have the almighty Allah as the host

The privilege of being the guest of Allah, the merciful himself is considered the most exciting reward of Umrah. The peculiar peace that overtakes pilgrims as soon as they enter Makkah is a topic of conversation frequently. The Prophet Muhammad (PBUH) said in Hadith No. 2626: “The guests of Allah are three: The Ghazi (i.e., the warrior who engages in Jihad), the Hajj (the pilgrim who performs Hajj) and the Mu’tamir (i.e., the pilgrim conducting Umrah).”

Seek forgiveness for all sins

The ability to ask for forgiveness for grievous offenses is the most precious aspect of Umrah. One can cleanse their spirit in this place. Hadith No. 2630 explains, “From one Umrah to another is expiation for what comes in between, and ‘Hajj Al-Mabrur’ brings no reward less than Paradise.”

It is believed that Allah rewards the pilgrims with wealth as restitution for the money they spent on this spiritual pilgrimage known as Umrah. The Prophet Muhammad (PBUH) remarked, “Perform Hajj and Umrah consecutively; for they eliminate poverty and sin like bellows remove impurity from iron,” according to Ibn Abbas.

One of the most self-sacrificing and honorable deeds one may do in Islam is jihad. “Whoever leaves his home purely for the sake of Hajj or Umrah and he dies, nothing will be delivered to him, and he will have no responsibility on the Day of Judgment, and it will be stated to him, come into Jannah,” the Prophet Muhammad (PBUH) said, according to Hazrat Aisha, his wife.

It is said that performing Umrah reinstalls the faith in Allah. Prophet Muhammad said, “The performers of Hajj and Umrah are deputations of Allah Almighty. If they call Him, He answers them and if they seek His forgiveness, He forgives them,” according to hadith. 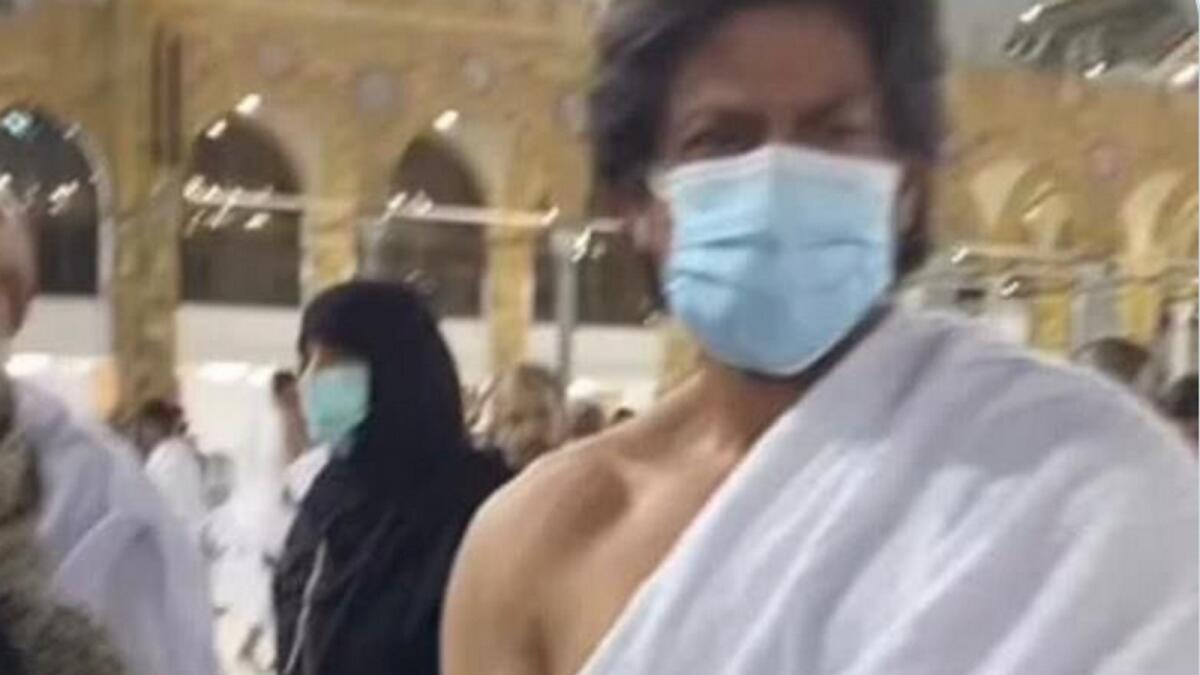 The significance of Umrah

It is believed that a practising Muslim must first assume ‘Ihram’, a state of purification achieved after completion of some cleansing rituals, followed by wearing of the prescribed attire and refraining from doing certain acts. This ought to be done when reaching a ‘Miqat’, a boundary point in Makkah.

During Umrah, one must perform two key rituals — Tawaf and Sa’i. While Tawaf entails circling around the Kaaba (the holiest shrine in Islam), Sa’i takes place between Safa and Marwah in the Great Mosque of Makkah; it is a walk to remember Hazrat HaJarah’s search for water for her son, and to commemorate God’s benevolence in answering her prayers.

Umrah is not a compulsory pilgrimage, and it can be completed in a shorter time period, as compared to Ḥajj.

Makkah is revered in Islam, as it is the birthplace of Prophet Muhammad (PBUH). Situated in the Makkah province of Saudi Arabia, it is the holiest city in Islam. There is one Hira cave here, on Jabal al-Nur (also hailed as the ‘Mountain of Light’) situated outside the city, where holy Quran was first revealed to the Prophet Hazrat Muhammad (PBUH).