In Gold We (should) Trust

“We have gold because we cannot trust governments,” A statement by President Herbert Hoover famously made to Franklin D. Roosevelt in 1933.

This claim was followed by a series of very unsophisticated events in U.S. financial history, aka. The Emergency Banking Act.

“An investment as good as gold” a very frequently repeated phrase and actually a belief system – yet unbeknownst to many, gold, i.e., physical gold, is somehow not an acceptable form of collateral by major financial institutions.

However, before we get into it – let us take a walk down memory lane to recollect how we got here. 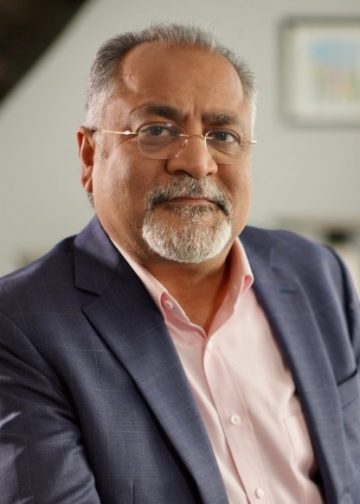 On June 5, 1933, the USA went off the gold standard, and its currency since is no longer backed by gold. The United States was on a gold standard since 1879, except for an embargo on its exports during World War I. Nevertheless, the financial system collapse during the Great Depression of the 1930s frightened the public into stockpiling gold. Somehow, in the opinion of the ‘Then’ regulators getting off the standard in its entirety became a good idea. The decision was swift and rather ruthless to the point that the joint resolution nullified the contractually applicable right of creditors to demand payment in gold.

The guerilla approach aimed towards being a quick-fix, and on April 5, 1933, President Roosevelt ordered all gold coins and certificates in denominations of more than $100 be returned. It required all persons to deliver gold coins, bullion, and gold certificates owned by them to the Federal Reserve by May 1 for the set price of $20.67 per ounce.

By May 10, the government had already taken in $300 million of gold coins and $470 million of gold certificates. Two months later, a joint resolution of Congress revoked the gold clauses in several public and private obligations that required the debtor to repay the creditor in gold dollars of the same weight and purity as those borrowed. Interestingly enough, in 1934, the government increasd the price of gold to $35 an ounce, bumping the Federal Reserve’s balance sheets by 69%.

This increase allowed the Federal Reserve to further inflate its money supply.

The US government maintained the $35 per ounce rate till August 15, 1971, which is when President Nixon declared the complete abandonment of the gold standard.

Now there have been debates on the return of the gold standard, which may not be feasible at all, and yes, this article is not about that.

The emphasis, in fact, is on the realization of the actual worth of this precious metal that came about after the abandonment of its standard.

Gold has a history like that of no other valuable asset class. For over 5,000 years, its luster and scarcity have captivated one and all like no other metal – and its exponential growth since 1971 is unmatched by any other tangible asset. Gold exploded 385% between 1974 and 1980 when it capped out at $850 an ounce.

Yet corporations would struggle to raise finance or borrow against physical gold, while the same request against an insurance contract would be catered to much swiftly. Even the fact that gold has expanded over 46 times in the past 50 years with a compound annual growth rate (CAGR) of (approx.) 8% – does not influence its appeal as collateral.

Gold bullion is one of the most liquid assets in the world, with a daily trade volume of over $145 billion, according to the World Gold Council (WGC). Yet, gold is not a productive asset, and its most apt usage still stands as an investment or collateral. Yes, it is borrowed and lent on a forward offered rate, but the lack of its acceptance as a tangible guarantee against borrowing is surprising, to say the least.

The US Treasury Department’s official gold reserves stand at approximately 261 million ounces, for a market value of some $493 billion. So considering a return to the gold back dollars may not be such a good idea a considering the country’s debt stands at $28 Trillion.

But with the ever-rising appeal and value of gold, the average loan default rate can result in a profit for financial institutions worldwide.

So it is somewhat perplexing why an insurance bond is worth more than an incremental asset.