Islamabad plans to boost bilateral trade up to $15 billion in next 3 years and $40 billion in 10 years, says new Ambassador Tirmizi Pakistan has initiated the negotiations to sign Comprehensive Economic Partnership Agreement (CEPA) with the UAE to build deeper, more meaningful trade and investment ties with one of the most important economies in the region, a top diplomat says.

The newly-appointed Ambassador to the UAE Faisal Niaz Tirmizi said it is one of his priorities to accelerate this process to conclude CEPA with the UAE on fast track basis.

“We are keen to further strengthen our bilateral relations with the UAE on economic, trade and investment. And, this could only be possible through a trade agreement as the Emirates is also actively pursuing trade deals to diversify its economy,” Tirmizi told Khaleej Times during an exclusive interview in Abu Dhabi.

Last year, the UAE said it would seek economic agreements with eight countries — India, Britain, South Korea, Ethiopia, Indonesia, Israel, Kenya and Turkey — as part of a move to double the size of its economy and push gross domestic product (GDP) beyond Dh 3 trillion ($817 billion) by 2030.

The Emirates signed Cepa deals with India, Indonesia and Israel this year so far and is currently holding talks with Turkey, Georgia, South Korea, the Philippines, Colombia and Cambodia. It is also considered Cepa with the six nation East African Community (EAC) trade bloc that includes Kenya, Rwanda and Tanzania.

“We have just initiated the process for CEPA and it will take time to conclude the deal,” said the ambassador, who just recently assumed his responsibilities.

Tirmizi, a career diplomat who joined the foreign service in 1993, said there is a huge potential to further strengthen bilateral trade relations in key sectors such as tourism, information technology and renewable energy in addition to promote traditional products in agriculture, food and beverages, textiles and garments, and leather, among others.

“We are the fifth largest country in the world with a population base of more than 220 million, but present bilateral trade figures with the UAE do not reflect the true potential. This is my prime objective to lay down a solid foundation to boost bilateral trade with the UAE by four to five times in the next 10 years,” he said.

“We aim to push present bilateral trade from $10.6 billion to $40 billion in next 10 years with active policy measures to remove trade barriers, rationalise tariffs and facilitate investors and traders of both sides. I set a sight on $15 billion bilateral trade target during my tenure in next three years,” the ambassador said.

“There is a huge potential for cooperation in the field of information technology, startups, renewable energy, commercial, industrial, infrastructure development and hospitality sectors,” he noted. 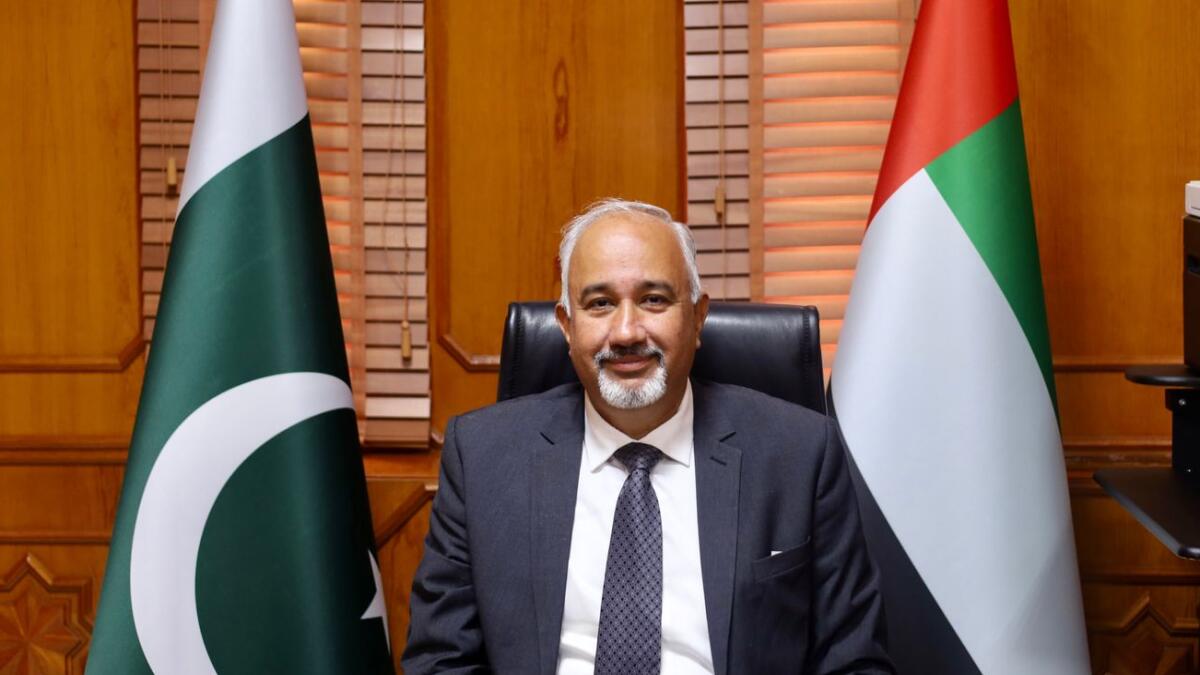 The ambassador said there is a huge scope of cooperation with the UAE in information technology and startups and pitched Pakistan for offshoring services.

“We have the IT talent, communication infrastructure and a growing services industry in addition to a young, educated and skilled workforce. The UAE has a very advanced IT infrastructure and Pakistan can provide a skilled IT workforce for fintech, artificial intelligence, payments solutions and logistics, among others,” he said.

Pakistan’s IT industry export rose to $2.6 billion in financial year 2021-22 and it employs more than 600,000 people in the organised sector and as freelancers. Startups in the country also raised more than $340 million till September 2022 despite the 30 per cent reduction in global startup funding, indicating a promising future for IT industry.

“Startup ecosystem in Pakistan is emerging stronger with every passing day and they are creating jobs, empowering women and bringing investments into the country. We can collaborate with the UAE and part of its success story,” the ambassador said.

The ambassador said 1.6 million strong Pakistani diaspora in the UAE is an asset of the country and they have been playing a significant role in the progress and development of the two countries. 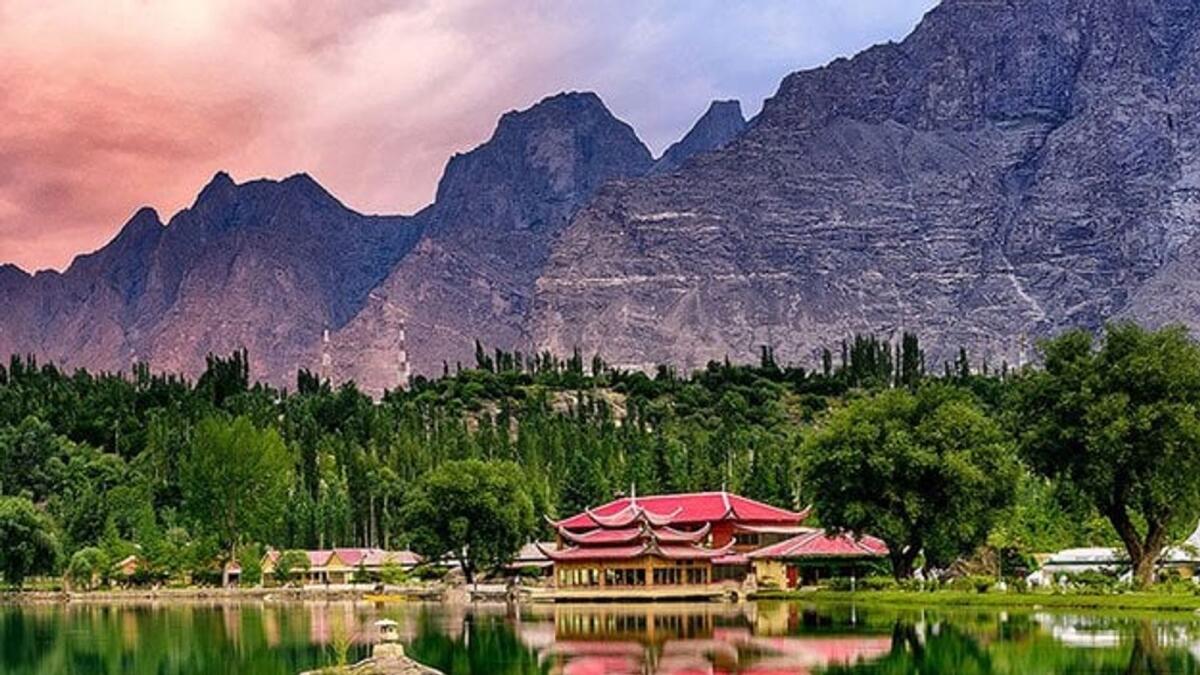 Pakistan climbed six positions in the latest international tourism ranking and secured 83rd position in the 2021 edition of the Travel and Tourism Development Index released by the World Economic Forum recently.

Tirmizi, a post graduate of the Quaid-e- Azam University Islamabad and School of Oriental and African Studies, University of London, said Pakistan is keen to promote its tourism potential in the UAE.

“Pakistan is blessed with breathtaking natural beauty, rich culture, heritage and great diversity of landscape offering an unmatched tourism potential. We have rich natural resources and our northern areas, Gilgit, Baltistan and Skardu has potential to attract tourists worldwide. We also have historical sites, one of the best deserts in the world as well as vast coastal areas that can boost tourism in the country,” he said.

“We are the gateway to multi-billion dollar markets of Central Asia, Afghanistan and China and the UAE can take the advantage of Pakistan’s strategic location and close proximity of the emerging markets,” he said.

“The UAE is one of the largest investors in Pakistan as it made $2.9 billion FDI into the country. But, there is a need to increase this investment as Pakistan is willing to welcome UAE investors in renewable energy, oil refining projects, tourism, IT sector and infrastructure development,” the ambassador said. 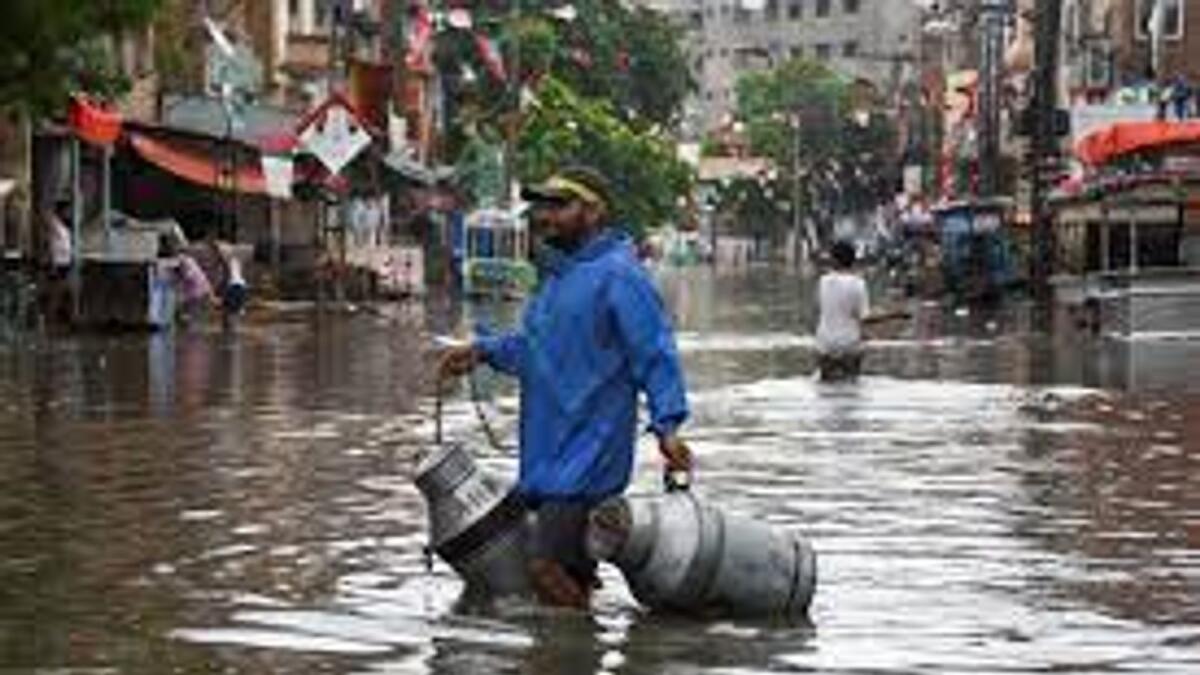 Pakistan have inflicted more than $30 billion in damages and economic losses due to catastrophic floods, which affected 33 million people and claimed life of more than 1,730 since mid-June.

Tirmizi, who handled multilateral, bilateral, consular and administrative matters at the Ministry of Foreign Affairs, said he will take all necessary measures to facilitate 1.6 million Pakistani community in the UAE.

“The embassy and consulate in the UAE have already introduced number of initiatives for the welfare of the community. It is high on my agenda to facilitate Pakistani community and resolve their problems at the earliest,” he said.

“We have increased capacity to accommodate more visitors at the embassy and soon going to introduce a WhatsApp service for better connectivity with the community. The WhatsApp service will only be for messaging to register complains in case someone is unable to connect through phone service,” the ambassador said. 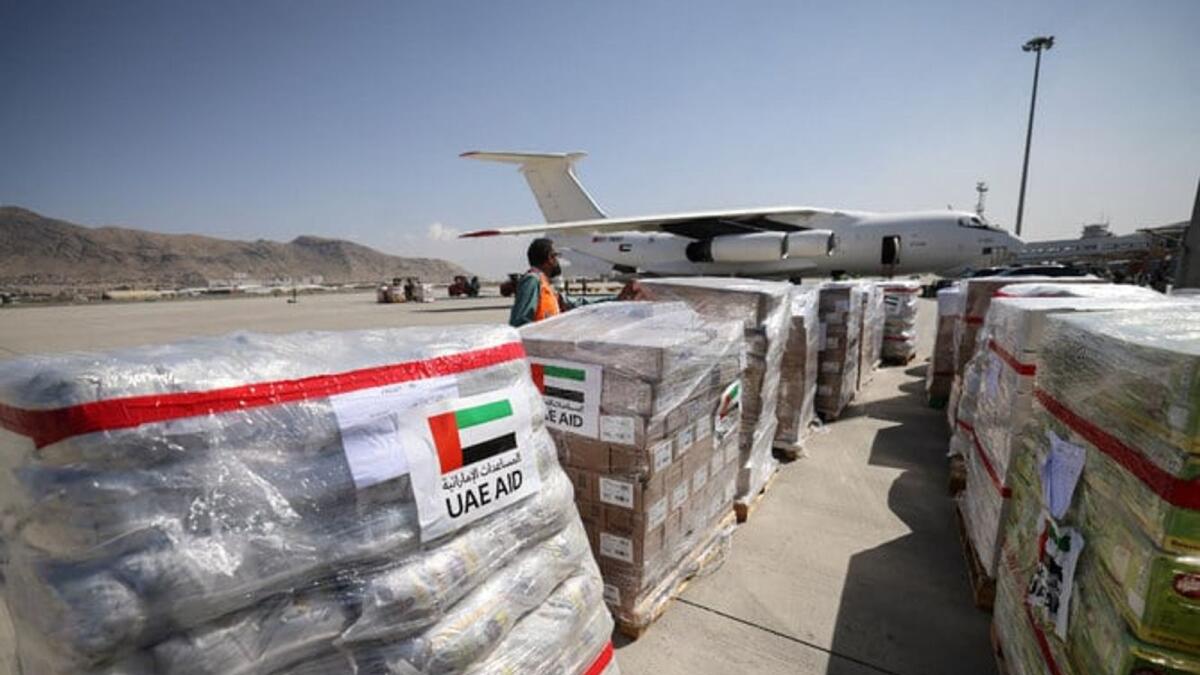 Faisal Niaz Tirmizi, Pakistan Ambassador to the UAE, appreciated the UAE’s support and help to flood victims in Pakistan and said it would further strengthen bilateral relations between the two countries.

UAE aid for flood is timely and valuable: Ambassador

Faisal Niaz Tirmizi, Pakistan Ambassador to the UAE, appreciated the UAE’s support and help to flood victims in Pakistan and said it would further strengthen bilateral relations between the two countries.

Pakistan have inflicted more than $30 billion in damages and economic losses due to catastrophic floods, which affected 33 million people and claimed life of more than 1,730 since mid-June. Housing, agriculture, livestock, transport and communications sectors suffered the most significant damage and the UAE offered timely help to provide relief to the people.

“Since its inception, the relations between both the brotherly countries have been very pleasant and trouble free. The foundation of our strong relations was laid by His Highness (Late) Sheikh Zayed Bin Sultan Al Nahyan and nurtured by the successive leaderships of both the countries,” Tirmizi said.

In reply to a question, he said Pakistan is a victim of global climate change, which needs to be addressed on a priority basis for the benefit of humanity.

“The UAE is a very proactive player in addressing climate issues, and others should follow its footsteps to promote a green environment and clean energy,” the ambassador said.

Who is Faisal Niaz Tirmizi

Pakistan’s new Ambassador to the UAE Faisal Niaz Tirmizi has replaced Afzaal Mahmood, who has been relieved of the assignment after attaining superannuation following the successfull Expo 2020 Dubai in March.

Tirmizi had earlier served as an envoy to Kyrgyzstan and played an important role in strengthening Pakistan’s ties with the Central Asian state.