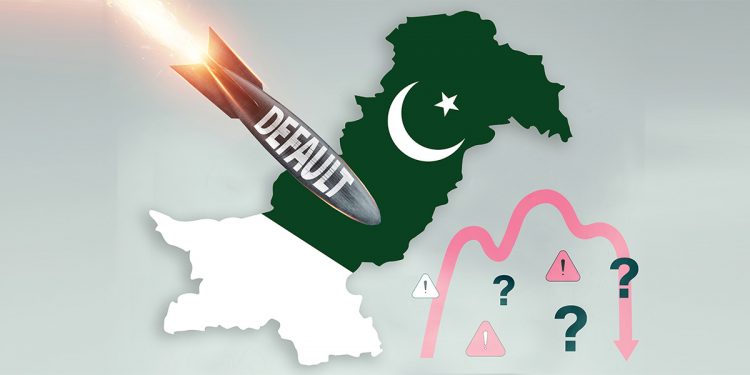 The govt has been in power for over a month now, but has failed to take even a single economic decision to address the deteriorating external balance of payment crisis

The Shehbaz Sharif government is caught between a rock and a hard place on the economic front and appears in a state of paralysis. Going by conventional economic wisdom, the country badly needs the resumption of the International Monetary Fund (IMF) programme. The IMF programme will put an end to the ongoing uncertainty, calm the jittery financial and capital markets and open doors for new money from other multilateral and bilateral lenders.

However, the 7th IMF review is still incomplete. In February, the former PTI government was discussing economic targets and other measures with the IMF. But the freezing of petroleum prices and reduction in electricity tariff till June 2022 became the sticking point. The PTI government-IMF stalemate occurred despite the fact that the subsidy was fully funded by surplus revenue collected by the FBR during the first eight months of FY22.

During June-February, the FBR was Rs 262 billion above its revenue collection target. The PTI government at that time thought that the amount required for the relief package would be around Rs.466 billion or so, which was fully funded: PSDP Rs.100 billion, Punjab/KP Rs.140 billion, dividends Rs.129 billion and FBR/grants Rs.106 billion. But the IMF did not agree and said it would discuss this matter with the next government.

How did the IMF know in February that there would soon be a new government? I am simply flagging a point.

When the Shehbaz government assumed power in April, Finance Minister Miftah Ismail along with his team went to Washington and reopened the stalled talks with the IMF. The finance minister promised to the IMF that the new government will scrap subsidies on petroleum products and electricity. The IMF was hoping that this decision would be implemented from May 1, but it did not happen. The government slightly raised the electricity tariff, but not the cost of fuel. Even for electricity, the government did not increase the base tariff, which was reduced by the PTI government.

This breach of promise by the Shehbaz Sharif government led to the postponement of the planned IMF team’s visit. And this is understandable. For the IMF, a public statement is like a divine document, which cannot be changed. Therefore, at this point of time there again is a stalemate between the government and the IMF.

Against this backdrop, the Pakistan Muslim League-Nawaz (PML-N) top brass, including the prime minister and several cabinet members went to London to meet their leader Mian Nawaz Sharif. Although there is no official word about the outcome of their London huddle, which remains shrouded in secrecy, one can assume that economy remained one of the top items on the agenda, including the challenge of scrapping subsidy on the petroleum products.

But the political consequences of raising fuel prices are massive. The other coalition partners of the PML-N are afraid of jacking up the fuel prices as it would give the former premier more lethal fire power against them.

Though the government has already reduced sales tax on petroleum prices to a bare minimum, it still has to impose petroleum development levy (PDL) of up to Rs.30 as allowed by the Supreme Court.

However, for now the government appears to be in a deep slumber. It has been in power for over a month now, but has failed to take even a single economic decision to address the deteriorating external balance of payment crisis. Each day of policy inaction is pushing Pakistan towards a Sri Lanka type of crisis. It seems we are walking through an economic minefield. The government must move fast to take difficult decisions if it is serious about addressing the balance of payment crisis.

However, the government is allowing the economic situation to deteriorate. With each passing day, the power sector circular debt is mounting and the trade deficit growing.

One of the major problems with the Pakistan economy remains its limited dollar earnings. We have to increase these earnings or save the greenback to keep the demand-supply gap at manageable levels. While the earning capacity of dollars cannot be increased overnight, they can be saved by bridging the leakages and drastically cutting the import bill.

Although our exports are now increasing, imports are moving up at a much faster pace. To curtail imports, the government needs to take short-, medium- and long-term measures.

In the short-term, the government has to discourage imports of non-essential items. For this, it should set-up a committee in which no member from FBR should be included because import duty is a major source of revenue and there is no way that the FBR would want to reduce it. The committee should be given the task to identify 15 to 20 fast moving and high value non-essential items and discourage their imports by whatever tariff measures, including by raising duties.

These items include luxury cars. I feel ashamed that at a time when the prime minister is begging for loans from other countries, the elite is importing luxury vehicles like BMW, Audi, and SUVs, and expensive mobile phones, shampoos, cosmetics etc. The rich people feed imported food to their cats and dogs at a time when the country is facing a severe balance of payment crisis. Our foreign travelling cost alone is around $150 million a month, which is too much for this poor country.

I am not a political or foreign policy expert, but I have never seen such political instability as I see now. How can a country move forward in such a polarized environment? There is a log-jam. Pakistan is suffering from inertia, but others are moving forward. That’s why the gap between Pakistan and its neighboring and other developing countries is getting wider and wider. Even if we appoint the best professionals in the Ministry of Finance or at the central bank, the situation will not improve until and unless we address the issue of political instability.

Pakistan is bleeding. The one and only way out is that this government and the National Assembly should be dissolved soon after the passage of the budget for the fiscal 2022/23 (July-June). The Finance Minister should present an interim-budget by the first week of June. As there is no opposition in the Parliament, the budget can be passed after some ceremonial debate by June 10. And then the Parliament and Cabinet should stand dissolved. Prime Minister Shehbaz Sharif should also ask his predecessor, former premier, Imran Khan to suggest a few names for the caretaker set-up, which should be placed as soon as possible after necessary consensus. The interim budget should be announced for three months so that the day-to-day working of the Government remains unaffected.

All the state institutions, including the Election Commission, the judiciary, the civil administration and the establishment must ensure that elections are held in a free, fair and transparent manner.

Any controversy or misconduct in the elections will lead the country into a deeper constitutional crisis and mayhem. The time to act is now.

The writer is a renowned economist, who served as an advisor to the Ministry of Finance & D.G of its Debt Office. Currently, he is the Principal at the NUST School of Social Sciences.