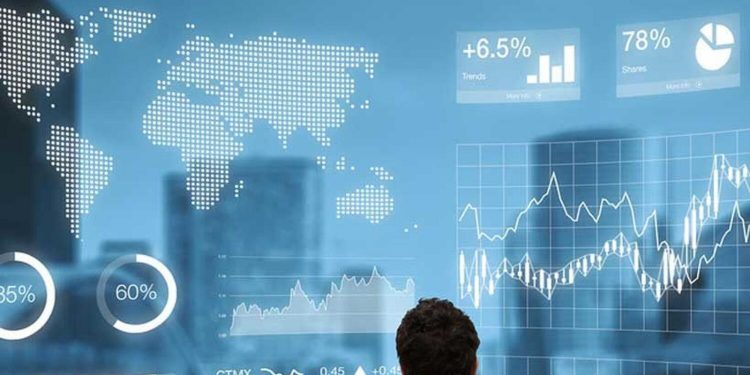 2021 has been a year of reckoning for the UAE as it moved quickly to address the health and economic effects of the Covid-19 pandemic. The country was able to register the highest GDP, higher than the growth of 2019, which would have been a distant reality at the start of 2020 — the onset of the pandemic. This can be primarily attributed to a number of factors but the most prominent ones are the ability of the government to manage Covid-19 and ease restrictions; the introduction of reforms and stimulus measures for businesses to revive economic activity; and the rebound in oil prices.

The UAE introduced economic stimulus measures worth Dh388 billion ($105.7 billion) to offset the impact of the pandemic. The revival of oil prices in 2021 to an average of around $70 per barrel from a low of $19.3 per barrel in mid-April 2020 has also significantly boosted business sentiments. As a result, the UAE reported a GDP growth of 3.8 per cent in 2021, higher than the estimate of 2.1 per cent by the World Bank.

Furthermore, the GDP is estimated to grow by five per cent to six per cent this year despite inflationary pressure as it recuperates from the pandemic and by the same pace over the next few years to help double the economy by 2031.

The continued rise in oil prices have positively benefitted the government revenues and provided additional buffers to accelerate public spending programmes. The average price of Brent Crude in 2020 was $43.2 per barrel, which was in line with the averages seen in 2016 and 2017. The oil prices averaged around $70.9 per barrel in 2021, an increase of 64.2 per cent compared to the average recorded in 2020. Given that the oil prices are hovering around $100 per barrel in April and averaging around $90 per barrel in 2022 so far, it continues to aid the broader economy, especially the non-oil sector activity with the additional liquidity for the banks to provide funding to local corporates. At the same time, the UAE remains committed to the Opec+ agreement and its existing monthly production adjustment mechanism.

UAE remained at the forefront in terms of its Covid-19 crisis management and successful governance during the pandemic. Widespread testing and containment measures helped limit the initial spread of the virus, while early vaccination efforts have resulted in vaccination rates among the highest globally. The country not only demonstrated preparedness through developing capacities that assisted in effective anticipation, response, and recovery from the crisis but also deployed effective actions to mitigate the damage through multiple initiatives.

Most notably, the ability of the UAE government to accelerate the vaccination program and mass testing to ease the pandemic-led restrictions has helped in making Dubai Expo a success. Managing an event of such magnitude and scale during challenging times has been commendable to say the least, with the UAE government and its leadership being duly lauded by global economies for its efforts in efficiently organising the gala. The biggest beneficiary of the Expo 2020 Dubai has been the hospitality sector, which witnessed a much-needed boost since the Covid-19 induced shut-down.

According to Department of Economy and Tourism (DET) of Dubai, the Emirate recorded a total of 979,700 international tourists in January 2022, an increase of 116.6 per cent year-n-on-year basis compared to the same month of the previous year. Hotel occupancy rates in Dubai was closer to approximately 80 per cent during the past four to five months; however, it is expected to normalise post the event. Nevertheless, it has given an impetus to the hospitality, travel and tourism industries, which were severely impacted due to travel restrictions.

Economic diversification and FDI inflows remain the key to economic recovery for the GCC region. Amid the post-pandemic trends of rapidly changing investment landscape and diverse economic priorities of global economies, the UAE has continued to prioritise on increasing FDI to drive economic growth. The country attracted FDI worth $20.7 billion (Dh76 billion) in 2021, an increase of 3.9 per cent from the previous year. This led to the country’s cumulative FDI over the past 10 years to reach approximately $171.6 billion by the end of 2021, a growth of 13.7 per cent.

According to AT Kearney’s FDI Confidence Index 2021, the UAE ranked first in the Mena region and 15th globally — an improvement from a ranking of 19th in the previous year. Both the increase in value and improvement in ranking reflects the confidence of investors in the UAE’s leadership and their ability to continue the growth trajectory.

Moreover, the UAE has rolled out a number of reforms during the past few years, especially the permitting of 100 per cent free ownership in all major economic sectors, in line with the objective of modernising the business landscape and boost its competitiveness in the global arena.

The overall optimism over the sharp economic recovery, rebound in oil prices, and revival of business and consumer sentiment also had a positive impact on the UAE equity markets. The UAE ended 2021 with record gains —Abu Dhabi closed the year as the best performing index in the region with gains of 68.2 per cent, while the Dubai index was up by 28.2 per cent. The positive momentum has continued in 2022 as both the Abu Dhabi and Dubai indexes have appreciated by another 17.2 per cent and 10.3 per cent, respectively, during the first quarter of 2022.

The upward trend and supportive valuations have been one of the important factors in reviving the IPO activity in the UAE, which has been lackluster prior to 2021. A total of four IPOs were issued in the UAE in 2021, out of which three were in Abu Dhabi and one in Dubai.

In 2022, there has been two new issuances —one in Abu Dhabi and one in Dubai — both of these companies being state-owned enterprises, which are part of the government’s privatisation drive. The performance of these new listings and the participation of international investors have been encouraging and will play a key role in driving both public and private companies to unlock value via public listings, going forward.

The robust market developments in 2021 and the beginning of 2022 appears to be pointing towards a brighter year for capital market activity for the rest of the year. Favourable valuations, higher dividend yields, and key events should drive investor interest in capitalizing the growth opportunities within the UAE, going forward. Given the commitment of the government in maintaining the privatisation drive, one can fairly conclude that the capital market is expected to remain healthy with additional issuances in a timely manner.

Additionally, further impetus for the UAE IPO market could also come from the regulator if there are significant changes to listing requirements, especially encouraging local companies to list in the UAE bourses. Deepening of equity markets by encouraging listing of private companies will also be an important factor in attracting international investors to drive the broader agenda of boosting economic growth in the coming years.

The overall strong recovery in 2021 has built a solid foundation for the UAE to accelerate the growth trajectory in 2022 and 2023. Many market participants are expecting growth to average around six per cent in the next two years, with the government likely to draw inspiration from its decisions on reforms and other measures to support businesses and stimulate economic activity. Having said that, the UAE government must continue to focus on establishing adjacencies and maximise utilisation of the priority sectors, especially the hospitality, travel & tourism industry, which could utilize the existing infrastructure to generate additional revenue streams.

The scale and magnitude of hosting a global event like Dubai Expo successfully will also enable the UAE authorities to bid for other large scale events that will be instrumental in attracting tourists and drive consumption. At the same time, recent reforms to promote private sector growth will continue to play a crucial role in strengthening the non-oil economy, boost productivity, and attract FDI. The country’s focused prioritization towards economic reforms remains central to its long-term diversification strategy, and building a sustainable and inclusive economic platform.

Shailesh Dash is an investor, advisor, ideator and founder of Dash Venture Labs. Views expressed are his own and do not reflect the newspaper’s policy.