The new rule is set to come into effect on Dec 15, and aims to safeguard the welfare of household workers A new law on domestic helpers is set to come into effect on December 15, which prohibits employers from hiring household workers unless they are licensed to do so, authorities announced in a statement.

According to a statement from the Ministry of Human Resources and Emiratisation (Mohre), “the new law stipulates that the recruitment or temporary employment of domestic helpers shall not be allowed [until] after obtaining a licence from the ministry.”

Licensed recruitment agents and offices will have to follow a set of stringent rules, which were put in place to safeguard the welfare of domestic helpers.

Aiming to regulate the employment of household workers in the UAE, the new law lays down all the rights and responsibilities of all parties involved — from the helpers to the recruiters and the employers.

Mohre has now released a full list of recruitment offices for employers and families wishing to recruit and employ domestic workers.

Here are all the approved service centres or recruitment agencies across the UAE: 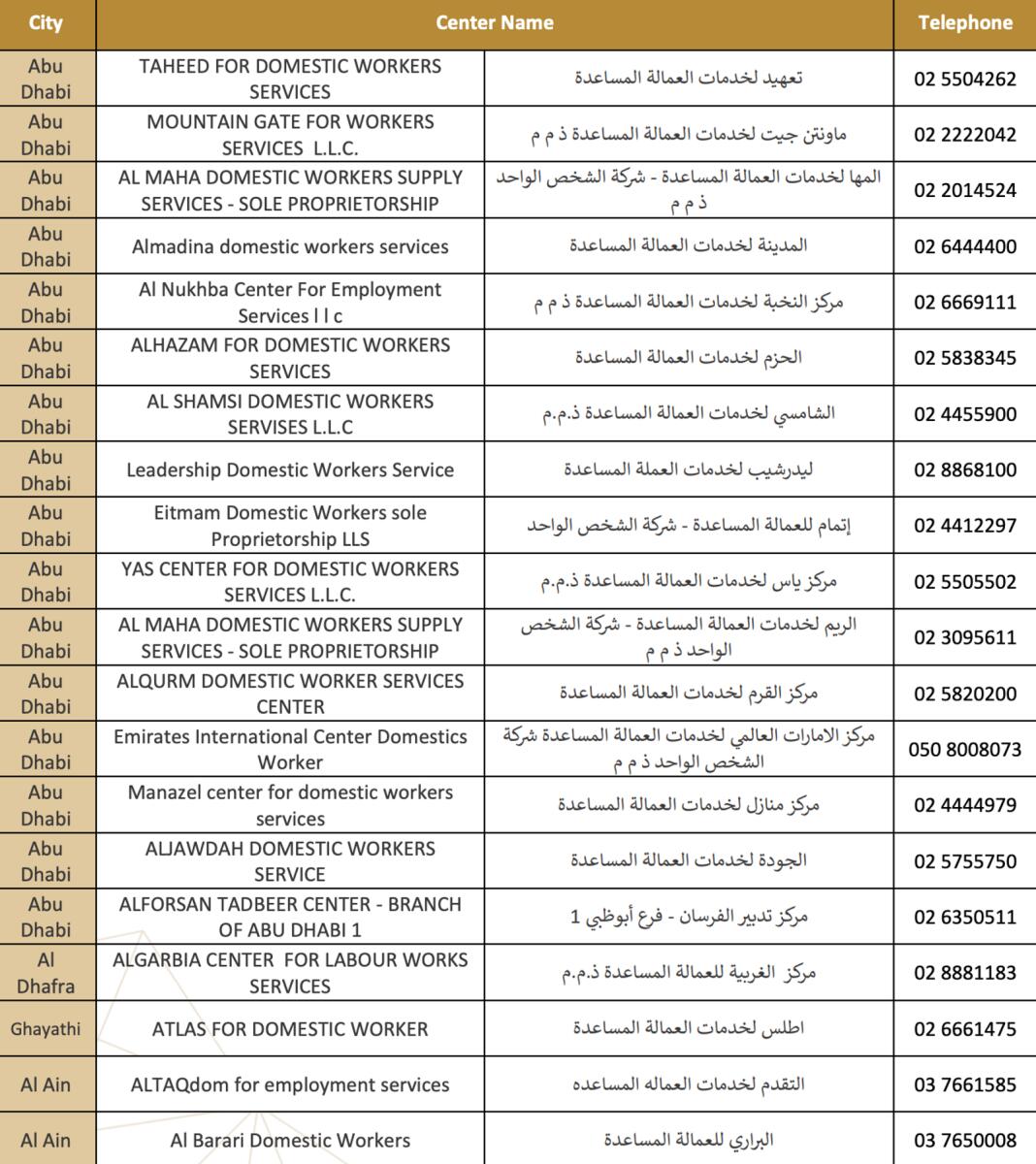 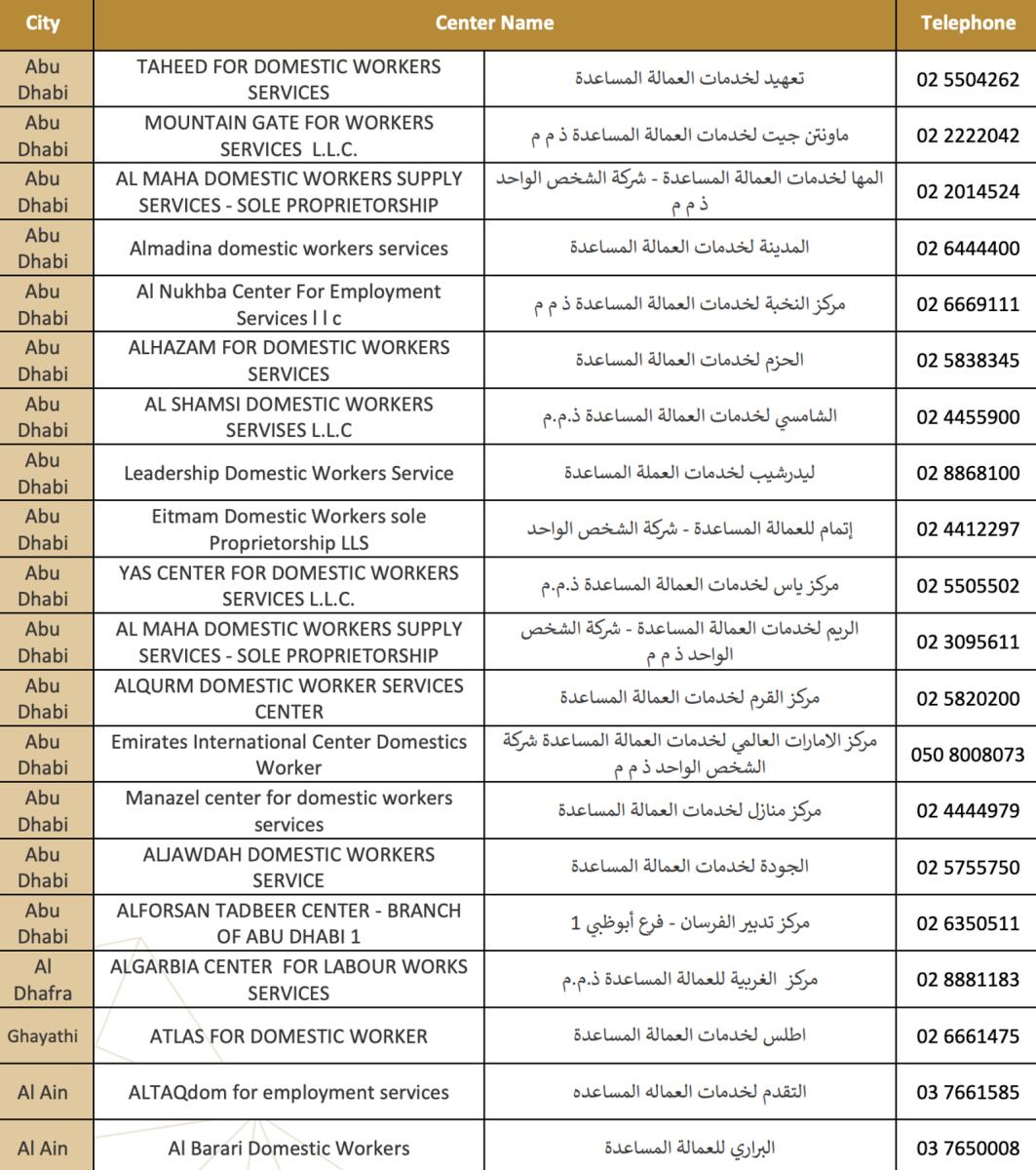 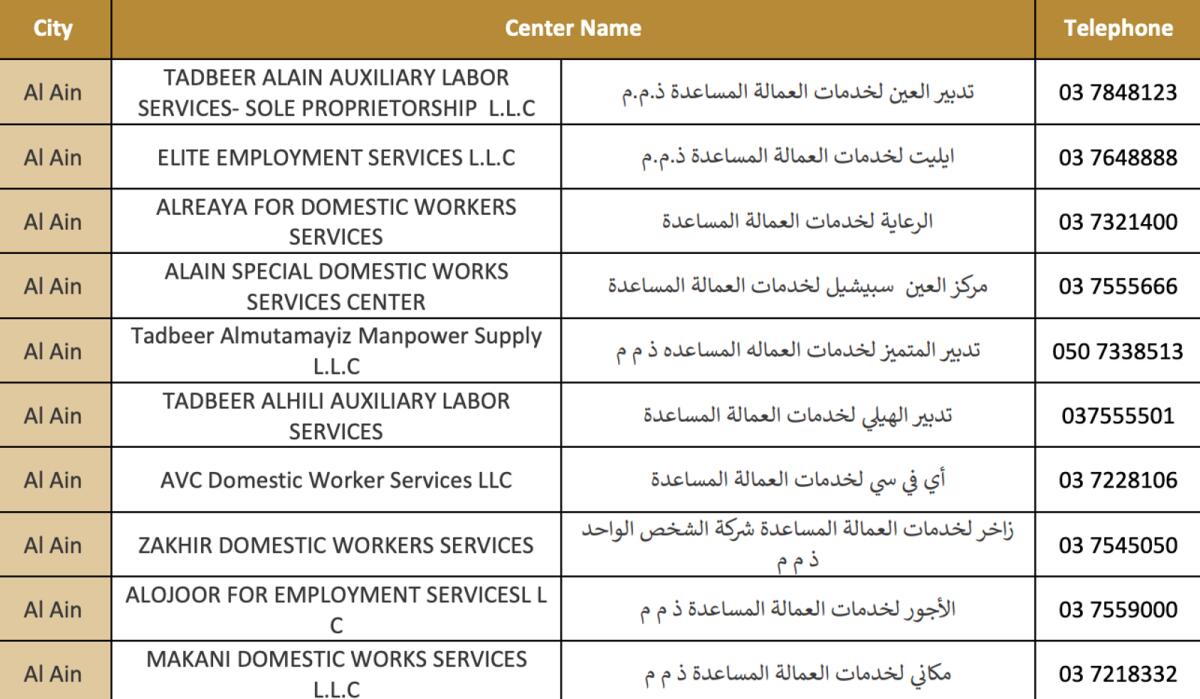 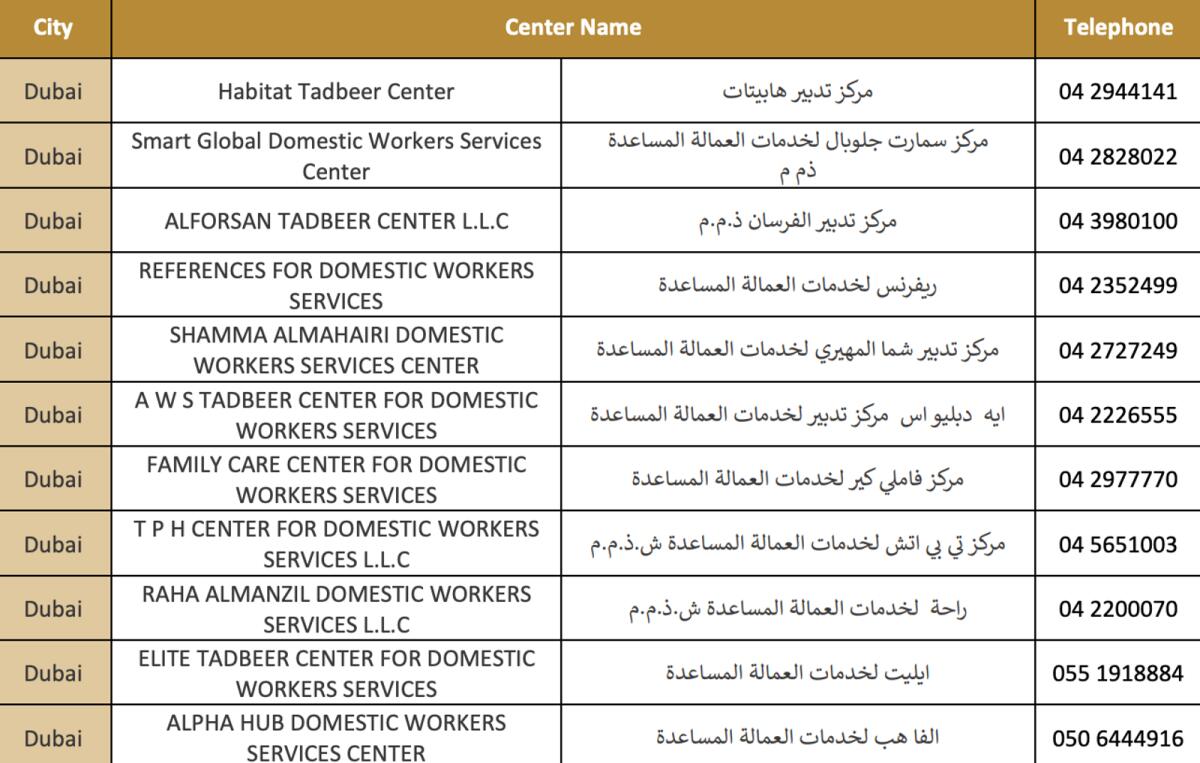 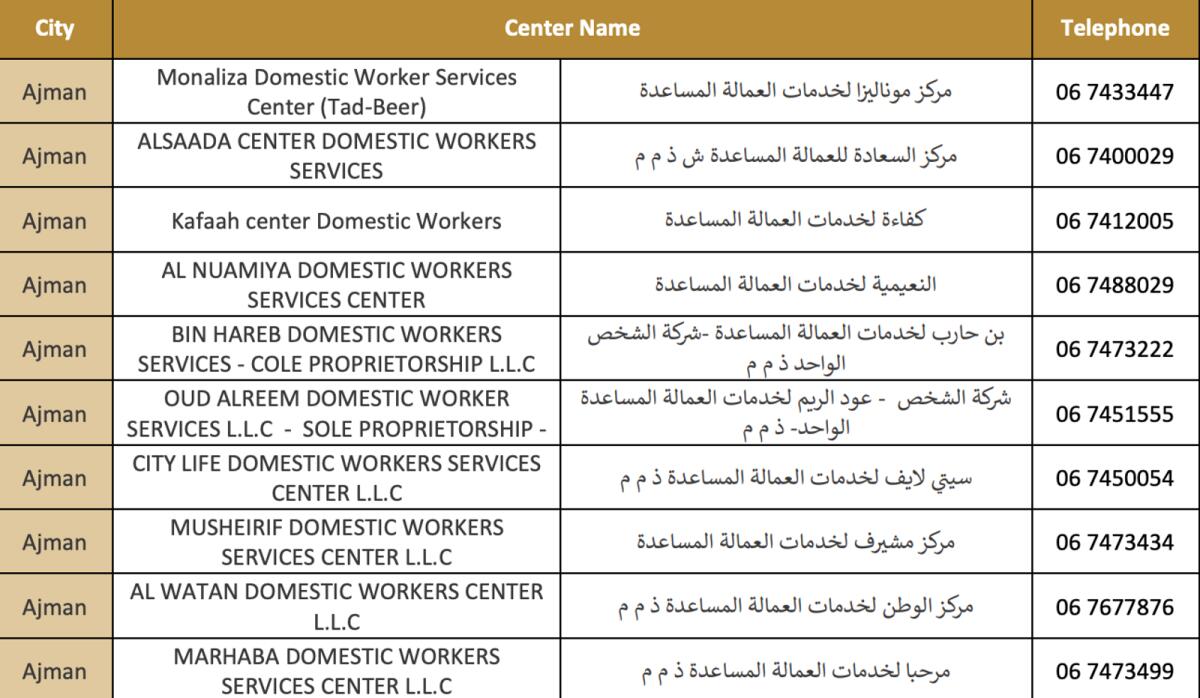