By Ghulam Haider
Pakistan’s former Prime Minister Imran Khan on Thursday was wounded in a gunfire at his container crawling towards Islamabad on the Grand Trunk Road near cutlery-products famed city of Wazirabad in Punjab province, around 170 kilometers from the Federal capital.

Police says a gunman opened fire at a protest convoy led by Pakistan Tehirk-e-Insaf (PTI) Chairman wounding him slightly and also four others. Although Imran Khan narrowly survived the attack but he has suffered injuries. PTI leader Faisal Javed was also among the injured in firing near Imran Khan’s container.

Dr. Yasmin Rashid, Punjab Minister for Primary and Secondary Healthcare, and leading party stalwart confirmed the development, but added the injury “was not critical”.

In all, nine people have been injured. Chaotic scenes were witnessed near PTI’s reception camp at Allahwala Chowk in Gujranwala after shots were fired at Khan. The suspect who opened fire on Khan’s container has been arrested by the police.

Thursday is the seventh day of the PTI protest march. TV grabs showed that the injured Imran Khan was being removed from the container and made to sit in the car. The attacker(s) have been apprehended.

A bandage is seen on his right leg. After the attack, Imran Khan was taken out of the container and taken in a bullet proof car and admitted to the hospital.

The former prime minister was shot in the leg with an AK-47. The PTI leaders claim that it was an assassination attempt on Khan.

Footage appears to show the second shooter, whose identity has not yet been released, confessing to police that he opened fire on Khan and his supporters.

Khan, who was married to British screenwriter Jemima Goldsmith for nine years before their divorce, had been speaking at the rally when he was shot by the gunman. 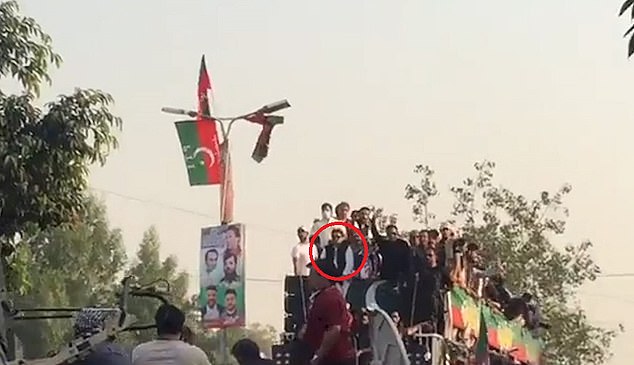 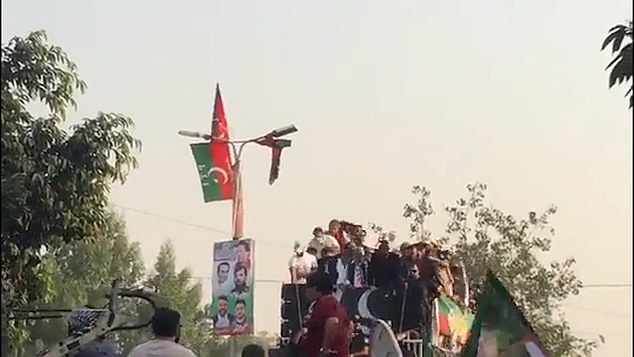 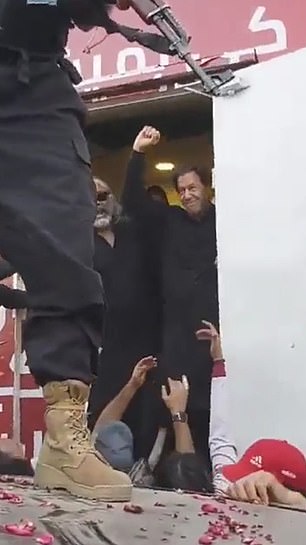 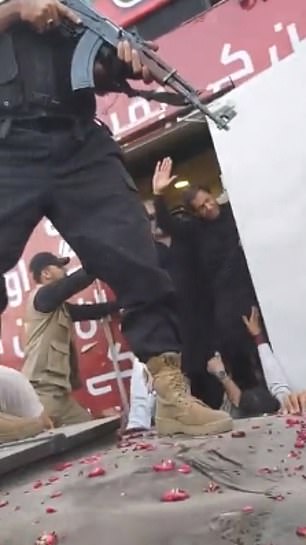 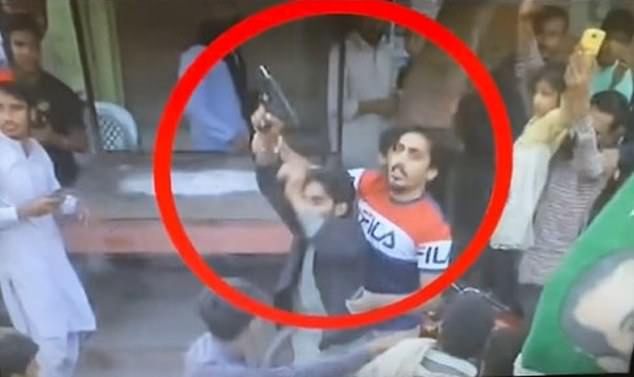 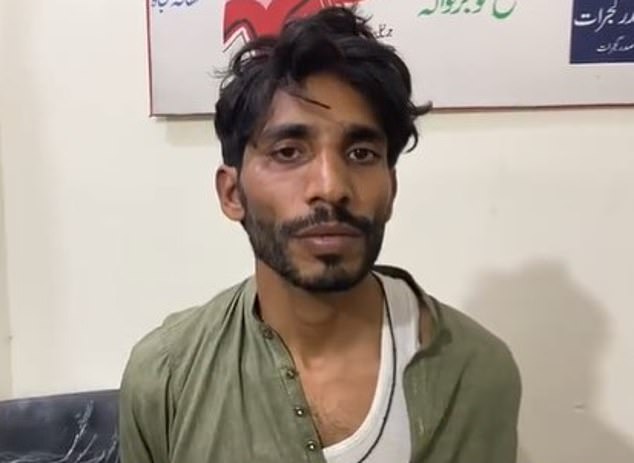 The arrested attacker confessed to attempting to kill former Prime Minister Imran Khan. He said that he shot Khan because he couldn’t see him misleading the nation.

Party official Asad Umar said Khan was wounded in the leg, but was not seriously hurt. The identity of the gunman, who was arrested at the scene, was not immediately known. No group has claimed responsibility for the shooting so far.

According to police, the attack happened in the Wazirabad district in the eastern Punjab province where Khan was traveling in a large convoy of trucks and cars heading towards the capital, Islamabad, as part of his campaign aimed at forcing the government to hold early elections.

The motives of the attacker were unknown, and it was also unclear whether the shooting was an attempt on Khan’s life.

The shooting underscored the growing political instability in Pakistan, with both the government and Khan — a former maverick cricket star turned politician — refusing to back down from their positions.

The country’s powerful military has said that although Khan had a democratic right to hold a rally in Islamabad, no one will be allowed to destabilize the country. Authorities in Islamabad have already deployed additional security around the city to deter any clashes or violence.

Khan was later seen with a bandage on his right leg, just above the foot, according to reports and a blurry image. He was moved to another vehicle from his container truck, from where announcements were being made that he was safe.

“He is being taken to a hospital in Lahore, but he is not seriously wounded. A bullet hit him in the leg,” Umar told reporters. According to the Interior Ministry, the government has ordered a probe into the incident.

Atleast four supporters from his party who were part of the march were also wounded, according to the announcement from the party. The attack happened less than a week after Khan began his march from Lahore, the capital of Punjab province, along with thousands of supporters.

Today was the seventh day of the march of Imran’s party. As per the initial plan, it was to reach Islamabad in seven days. Earlier, the protest march was supposed to reach Islamabad on November 4, but PTI General Secretary Asad Umar said that now this convoy will reach the capital on November 11. Imran Khan has been demanding early new elections in the country and he is leading a long march towards Islamabad with his demands.

Political commentators fear that after this attack on Imran Khan, once again a bloody game is being feared in Pakistan’s politics. Former Pakistan Prime Minister Benazir Bhutto was also subjected to a suicide attack at a rally in 2007 in which she was badly injured and died. At present, her son Bilawal Bhutto is the foreign minister of Pakistan, against whom Imran Khan has started a movement.

Since his ouster in a no-confidence vote in Parliament in April this year, Khan has alleged that his ouster was a conspiracy engineered by his successor, Prime Minister Shahbaz Sharif, and the United States — claims that both the new premier and Washington have denied.

Sharif’s government has also said that there would be no early vote and that the next elections will be held according to schedule, in 2023.

Khan, who has challenged the disqualification in a pending court case, has said he would sue Chief Election Commissioner Sikandara Raja, who was behind the decision, for calling him a “dishonest person.”

It was also not immediately known if Khan’s convoy would proceed on to Islamabad. Earlier, Fawad Chaudhry, a senior leader in Khan’s party, had said they plan to enter Islamabad on Friday.

The attack also comes at a time when impoverished Pakistan is grappling with the aftermath of unprecedented floods that struck this Islamic nation over the summer, killing 1,735 people and displacing 33 million.